I don’t know about you, but in the dead of winter I tend to dream about warm climes and romantic locales. So today, in the fourth installment of my series on the historic châteaux of that most romantic of destinations, France, we’re taking a look at Château de Chambord, a magnificent example of French Renaissance architecture and the grandest and most popular château in the Loire Valley. Like other 16th-century châteaux, this one looks like a castle. The central keep forms part of the front wall of a larger compound, four huge bastion towers guard the corners, and there’s a partial moat. But since Chambord was never intended to be used as a fortification, these features are merely decorative and would provide minimal defense in case of enemy attack.

Chambord was built between 1519 and 1547 as a weekend hunting retreat for François I of France but soon became one of the most ambitious and expensive building projects any French monarch ever undertook. Construction was repeatedly delayed by war, insufficient royal funds, the difficulties in laying the structure’s foundations, and other design issues. Yet when the building was finally completed, the king found the elaborate chateau too drafty and difficult to supply. The loggia, the large high-ceilinged rooms with unglazed windows, and the expansive terrace at the top were completely impractical in northern France’s chilly, damp climate. To make matters worse, Chambord was built in a forest with no villages or other estates nearby, which meant that the only local source of food was game. The château was also left completely unfurnished, so that with up to 2,000 guests and servants attending the king, all necessary supplies including furniture had to be imported. François ended up spending much more time at his chateaux in Amboise and Blois, only staying at Chambord for a total of 72 days during his 32-year reign.

The structure’s design, attributed to Italian architect Domenico da Cortona contributed greatly to the cost. François wanted the palace to reflect Constantinople’s skyline, so its towers were designed to look like 15th-century Milan’s minarets rather than the typical turrets and spires of the period. There are 11 different kinds of towers and 3 types of chimneys, all asymmetrical and framed at the corners by the massive towers. Henry James observed that “the towers, cupolas, the gables, the lanterns, the chimneys, look more like the spires of a city than the salient points of a single building.” As a carpenter’s daughter, I can tell you that all those angles and corners drove up the price! By François’ death in 1547, construction had cost the then astronomical sum of 444,070 livres. Sounds like some of the boondoggles our government has financed, doesn’t it?

Though Chambord is most well-known for its exterior, the interior is just as impressive. Its layout is an example of the French and Italian practice of grouping rooms into suites rather than the medieval style of building rooms to open directly from one into another. The château consists of 440 rooms, 282 fireplaces, and 84 staircases. But its most famous feature is the spectacular double helix staircase dominating the keep’s center. Some experts believe the design was inspired by Leonardo da Vinci, though this isn’t confirmed. John Evelyn described it as “devised with four entries or ascents, which cross one another, so that though four persons meet, they never come in sight, but by small loopholes, till they land.” The stairwell is lighted from above through a lantern tower, the château’s highest, and offers access to innumerable chimneys and sculpted capitals on the building’s upper terraces.

After Francis died in 1547, the château stood empty until 1639, when King Louis XIII gave it to his brother, who embarked on a restoration. Later King Louis XIV had the great keep refurbished as a hunting lodge, furnished the royal apartments, and added a 1,200-horse stable. He used it to entertain for a few weeks each year but by 1685 he’d lost interest. King Louis XV’s father-in-law, the deposed King of Poland lived in it for a while, then Louis gave it to Maurice de Saxe, who installed his military regiment on the property and began to furnish the château with woodwork, parquet floors, ceilings, and private petits cabinets. Those efforts ended with his death in 1750.

Chambord didn’t fare too badly during the French Revolution, though some of the furnishings were sold off. Wall paneling and even floors were taken up and sold for the value of the wood, while doors provided firewood to keep the rooms warm while the sales were going on. The structure remained intact, however, though the château was left empty until Napoleon Bonaparte gave it to a subordinate. During subsequent years it passed through other hands, but finally in 1840 the chateau was registered on the first list of French historical monuments, and the Duke of Bordeaux, grandson of King Charles X, took on its maintenance. He instituted a major restoration and officially opened the château to the public, but his death in 1883 ended these efforts too. In 1915 after the onset of World War I, Chambord was confiscated as enemy property. Ownership returned to France in 1930, and during the World War II artworks from the Louvre and the Château de Compiègne were moved to Chambord for safekeeping.

Another restoration was begun after World War II, and Chambord has been designated a UNESCO world heritage site since 1981. Today extensive formal French-style gardens and water features characteristic of the 16th century surround the château within a 13,000-acre wooded park and game reserve enclosed by a 19-mile long wall. The château is open to the public and receives hundreds of thousands of visitors every year. Flooding in June 2016 damaged the grounds but thankfully the château itself remained undamaged.

If you ever make it to the estate for a visit, you can watch a film inside the main building that gives an excellent introduction to the château’s history and architecture. Today the building is sparsely furnished, but visitors can view its 18th-century kitchens on the ground floor and the most interesting rooms including the royal bedchambers on the first floor. From the roof, accessed through the great lantern tower atop the famous spiral staircase, one can marvel at the chateau’s fairytale roofline of turrets, chimneys, cupolas, and domes, and look out across the estate’s vast grounds. Hour-long guided tours in English are offered in the summer along with outdoor spectacles that include birds of prey and an equestrian show with horses and riders decked in colorful 16th-century accoutrements.

It’s nice to see that, although French kings often emptied the public coffers to build their pleasure palaces, today these extraordinary buildings enable France to rake in piles of cash to benefit her citizens, all to the delight of tourists. All I can say is “Vive la France!”

As a lover of European medieval history, I’d be thrilled to take a grand tour of the continent’s castles, but especially those in the historically Germanic areas where my ancestors originated. There are also stunningly romantic castles in Europe’s Slavic regions and elsewhere. If you have a European or English heritage, what areas would you love to visit? And if you ancestry lies elsewhere, please share that information and let us know what places you would love to visit if you were doing genealogical research into your family! 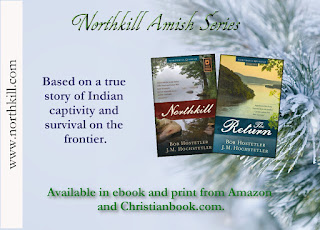 J. M. Hochstetler is the daughter of Mennonite farmers and a lifelong student of history. She is a professional editor, a publisher, and the author of award-winning historical fiction whose books have been endorsed by bestselling authors such as Lori Benton, Laura Frantz, and Jocelyn Green. Her American Patriot Series is the only comprehensive historical fiction series on the American Revolution. She is also the author of One Holy Night, the Christian Small Publishers 2009 Book of the Year, and co-authored the award-winning Northkill Amish Series with Bob Hostetler.