Painted Ladies of the Wild West (with giveaway) By Donna Schlachter

Read through to the end, leave a comment, and enter a random drawing to win a free ebook of Double Jeopardy.


In the late 1800s, societal norms were well-established and handed down for generations. Options were limited, particularly for women, who tended to live with family until they married. Few women had a career apart from the family business. In part, opportunities were fewer except in larger cities. Men held many positions women now occupy, such as teachers, secretaries, and household staff.

After the Civil War, tens of thousands of widows—many with children in tow—had to find a way to support themselves. Some had family who could help. Many remarried quickly to the soldiers returning from war.

But for others, there were no social safety nets. So they had to find a job. And quick. In the east, women of class and character were deemed too frail to blue collar work and too stupid for anything requiring a college education, so they were often taken in by wealthy families as nannies to their children.

Those without a benefactor headed west, seeking their fortune on the other side of the Mississippi. And while women had their place—and knew it—in the east, they made their place in the west.


Painted Ladies, the term used for women who worked in saloons and brothels, was a term that was synonymous in most people’s minds as one and the same: prostitute. In fact, a Painted Lady might have occasionally offered her services in other ways, but for the most part, she was entertainment for patrons of the saloon. Since wives wouldn’t be caught dead in a saloon, even a married man procured the services of a Painted Lady occasionally if he wanted someone to chat with or take for a spin on the dance floor. Sometimes they were known as Hurdy Gurdy girls

Often Painted Ladies danced in a chorus line as part of a vaudeville-style stage show. Their costumes were scanty, their hems high, and lots of flounce, feathers, and fancy dress was the norm. A stage show kept the patrons occupied, kept them drinking, and earned the girls tips, tucked in their garters.


In smaller establishments, a Painted Lady would be encouraged to offer more than just a look, and would sometimes take customers up to a room above the bar, particularly if business was slow on the floor that night. Often, the saloon owner or barkeep would offer their girls’ services to those willing to pay. Women and young girls were lured into the life of a Painted Lady by first being told they’d need only dance, or serve, or talk to the gentlemen who frequented the establishment.

A Painted Lady by night also may be a laundress by day, a common practice of establishing a “decent” presence in the community. Some, however, chose not to hide behind this façade and instead paraded their “wares” in the streets, earning the scorn of wives and admiration of the men.

Victoria-era ideas still existed, even in the Wild West. Women were taught that sex was for procreation, not to be enjoyed but rather tolerated, while men apparently didn’t get that message. Many wives turned a blind eye to the time—and money—their husbands spent in saloons and bordellos.

One unfortunate spin-off of this trend was that often a man’s sexual proclivities weren’t fulfilled by the standard array of women willing to offer themselves in this way, so the “pimps” of the time would seek other distractions, including younger girls. In my book, Kate, which releases in May 2020, my heroine is the daughter of a prostitute who just died, and the saloon owner wants to put my heroine in her mother’s place so he doesn’t lose money. Kate escapes that life by running and hiding in a covered wagon heading west. She has few skills except sewing, and fewer resources, and instead must depend on the kindness of strangers.

Perhaps one of the most famous of the Painted Ladies is Miss Kitty on “Gunsmoke”. Always beautifully made up and coiffed, Miss Kitty runs her saloon with a velvet glove and a big stick. She is tough yet tender, and there is always a romantic tension between her and Marshal Matt Dillon. In this family-friendly television program, her girls are true Painted Ladies who socialize with the men, flirting and batting their eyelashes.

Occasionally, a patron would fall in love with one of the Painted Ladies and take her as wife, rescuing her from a short career and uncertain end. As you can imagine, there was no retirement plan or pension in this lifestyle, and just like pro athletes, their working years tended to be short, sometimes shortened by a violent death, tuberculosis (called consumption back then), a botched abortion, or a sexually transmitted disease. Most of the girls in the business looked up to models such as Miss Kitty-types with the unspoken promise that if they saved their money, they, too, could own such an establishment when they grew too old to keep up with the younger girls.

Because, unfortunately, drawn with promises of get-rich-quick and marry a rich husband, thousands of young women headed west to escape what was perceived as a life of drudgery and boredom, or worse, in the east. Those who were successful were few and far between, and most have simply slipped through the pages of history without mention.

Your chance to win a free ebook copy of Double Jeopardy: Although Becky Campbell didn't become a Painted Lady, she did step out of the norms of her time by leaving New York City and heading to Colorado on her own. Leave a comment about something brave you've done. Don't forget to include your email address so I can contact you if you win! 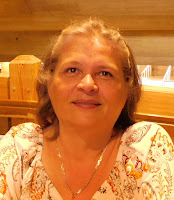 Donna lives in Denver with husband Patrick. As a hybrid author, she writes historical suspense under her own name, and contemporary suspense under her alter ego of Leeann Betts, and has been published more than 30 times in novellas and full-length novels. She is a member of American Christian Fiction Writers, Writers on the Rock, Sisters In Crime, Pikes Peak Writers, and Christian Authors Network; facilitates a critique group; and teaches writing classes online and in person. Donna also ghostwrites, edits, and judges in writing contests. She loves history and research, and travels extensively for both. Donna is represented by Terrie Wolf of AKA Literary Management. You can find her at www.HiStoryThruTheAges.com