What ever happened to Jeff Davis?

Jefferson Finis Davis was born in Kentucky, only eight months before and less than a hundred miles away from the birthplace of Abraham Lincoln. Most of his childhood was spent on a cotton plantation in Mississippi with his ten siblings.

Davis had quite a prestigious military career before the start of the Civil War. In 1824, President Monroe appointed young Jefferson Davis to a cadetship at the United States Military Academy at West Point in New York. While at West Point, Davis was well liked and respected by his fellow cadets. He was known for his leadership skills and a high-toned and arrogant character. In 1828, he graduated 23rd in his class.

From 1828 to 1833, Jeff Davis served as second-lieutenant of the First Infantry. He fought in the Blackhawk Wars in 1831 and after Chief Blackhawk was captured, Davis, through his kindness and respect toward the Indian chief, won over the warrior.

Davis married his first wife, Sarah Knox Taylor, in June 1835. Sarah’s father, the future president of the US, Zachary Taylor, didn’t approve of the marriage. Because of this, Davis resigned his military post and began a civil career in cotton farming. Tragically, Sarah died of malaria September of the same year.

Ten years later in 1845, Jefferson Davis was elected to the House of Representatives and also remarried. His new wife Varina Howell, an upper-class woman from Mississippi.

After flipping back and forth of civilian life and military life, President Franklin Pierce appointed Davis secretary of war. 1857 he returned to the Senate. Although resistant to state secession, he defended the rights of Southern slave states. Davis served in the Senate until January 1861, when Mississippi left the Union.

February 18, 1861 Jefferson Davis was named President of the brand-new Confederate States of America. He served this position throughout the Civil War. On May 10, 1865, Davis was captured by Northern Army and charged with treason, but was never charged. Davis spent two years at Monroe Prison where his mental and physical health greatly suffered, and ironically, was released after abolitionist Henry Greeley paid his bail.

After his release from jail, Jeff Davis led a dismal life. He and his family travel abroad a couple times but otherwise he lived a middle to lower class lifestyle. He worked for an insurance company for a short time, but the company went bankrupt and Davis lost his job. He wrote a book about the history of the Confederacy, but the book did not sell well and brought no profit. The remainder of his life was spent financially struggling. He lived off family and friends until he died in 1889 at 81 years old in New Orleans.

Before his death, Jefferson Davis was offered restoration of United States citizenship that was stripped after the war, but he refused the offer. Though in the late 1970’s his citizenship was restored posthumously.

When I learn about characters of the past that I assume were bad or at the very least disreputable, I’m often surprised that they were not bad people at all. Often, their position is more a situation of bad choices than bad character. It makes me realize the importance of making good choices and surrounding myself with good mentors and friends to help guide me along the way.

Thank you for joining me here at HHH today and stay safe and continue to make good choices for your health, your family’s health and those around you.

Until next month, I wish you all health and happiness. 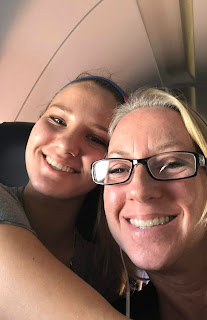 Multi award-winning author, Michele K. Morris’s love for historical fiction began when she first read Laura Ingalls Wilder’s Little House book series. She grew up riding horses and spending her free time in the woods of mid-Michigan. Michele now lives with her six children, three in-loves and ten grandchildren in the great Sunshine State. Michele loves to hear from readers on Facebook, Twitter, and here through the group blog, Heroes, Heroines, and History at HHHistory.com.