How One Woman Changed the World.

1862, late October. The day started out as any other day in the life of Elizabeth W. Stiles. She had household chores to complete, and her three adopted children and her husband to care for. Everything seemed as normal and mundane as any other day until a gang of men arrived on the Stiles farm. 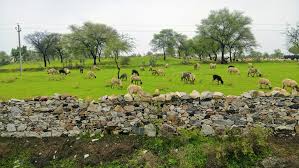 The strangers, dressed in Union uniforms, approached Elizabeth’s husband, Jacob Stiles and his friend Mr. Becker (or Baker, records are not clear) while they worked in the yard. One of the “Union” soldiers, George Todd, stepped up to Mr. Stiles and asked him where his politics lay. Mr. Stiles answered the man—“Union”. Todd raised his gun and fatally shot Jacob Stiles. Then to be sure the deed was complete, a former neighbor of the Stiles’ stepped to Jacob’s prone body, placed the muzzle of his gun to his mouth, and pulled the trigger.

Elizabeth ran for the house and her children. The leader of the marauding gang, Charles Quantrill, and a few of his men, cornered Elizabeth in her home. As one of the men placed his pistol to her temple, Quantrill halted him, saying Elizabeth was too pretty to shoot. Quantrill’s gang left without any further killing.
Fearing for her children’s safety, Elizabeth moved her family to Fort Leavenworth. During her bereavement, she received a letter from General James H. Lane, Kansas Senator and friend of President Abraham Lincoln. The letter stated that President Lincoln had important work for Elizabeth to do. Elizabeth must have known that the president wanted her spy for the United States, because the grieving widow accepted. She and her three children moved to Washington D.C., where she put two of her children in boarding school, and took her daughter Clara (13) with her as she carried out her duties as a spy for the Union Army.

Dressed as a pipe-smoking elderly, Southern woman, Elizabeth Stiles, who was actually a nurse and teacher before her career as a spy, traveled throughout the South gathering information for the North. Part of her disguise included her daughter, Clara, playing the part of Elizabeth’s granddaughter. The pair where accepted into the folds of Confederate army because they played on the sympathies of the Southern men and claimed to be searching for Clara’s father, a wounded Confederate soldier.

Eventually, Elizabeth was arrested in Missouri on the suspicion of being a Union spy. In an ingenious plot, during her incarceration, she convinced General Sterling Price that she was a Confederate spy instead of a Union spy! He personally released the pair and equipped both Elizabeth and Clara with better horses, firearms, and supplies before he sent them on their way.
Throughout the year and half that Elizabeth and Clara worked as spies, they collected valuable information that contributed to the victory of the North, but more than the contribution of the information, Elizabeth’s story shows how the strength, fortitude, and intelligence of one woman can help change the world.

Elizabeth and Clara retired in November of 1864 after the President decided the pair had become too well known to the “rebel sympathizers”.

Be the change the world needs. Thanks for joining me today at HHH and have a wonderful, safe, healthy and blessed month.
Michele 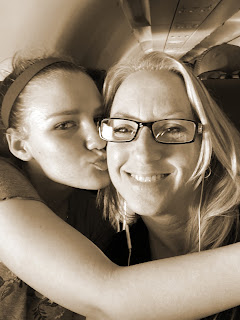 Multi award-winning author, Michele K. Morris’s love for historical fiction began when she first read Laura Ingalls Wilder’s Little House book series. She grew up riding horses and spending her free time in the woods of mid-Michigan. Michele now lives with her six children, three in-loves and ten grandchildren in the great Sunshine State. Michele loves to hear from readers on Facebook, Twitter, and here through the group blog, Heroes, Heroines, and History at HHHistory.com.

Michele is represented by Tamela Hancock Murray of the Steve Laube Agency.
Posted by Michele K. Morris at 12:30 AM