Matinee idol isn't a term that we hear said very often, but back in the 1920s, 30s, 40s and 50s it was often said of handsome young movie stars who made their female fans' pulses raise. Names like Rudolph Valentino, Errol Flynn, and Clark Cable come to mind when thinking of the 1920s and 30s. And stars like Van Johnson and Tyrone Power charmed movie fans in the 40s. But what you might not know is that in the 1950s my hometown had it's very own matinee idol. I didn't know it myself until recently when the Geneva Lake Museum set up a display about him.

After I learned that in the early fifties Kerwin Mathews, a English teacher at Lake Geneva High School became a movie star, I began going through the weekly editions of the Lake Geneva Regional News to track him down.

Every fall, the paper printed the names of new teachers hired for the new school year, and I started there. I was beginning to think I'd been given wrong name of the actor when I noticed in 1951, a Verne Mathews was hired to teach speech and drama. Of course, Kerwin Mathews was his screen name.


His first credited role with Columbia was in "5 Against the House." Among his cast-mates were Bryan Keith and a new starlet by the name of Kim Novak. Not bad for a young guy just starting out.

Mathews went on to star in a number of films, then segued into doing adventure movies where they pioneered the special effect of incorporating cartoon characters into the scenes to interact with the actors.

Mathews traveled the globe to different filming assignments and went on to various roles on television. He retired from acting in 1978 and settled in San Francisco where he ran a clothing and antique store. He died at age 81.

But, he was not forgotten by his alma mater at Janesville High School in Janesville, Wisconsin. They named a street next to the school Kerwin Mathews Court.

Do you know any famous people who have come from your hometown?

Pamela S. Meyers has been writing since age eight when she was given a diary. She loves telling stories about her home area of Lake Geneva, Wisconsin. When she's not nosing around there for new story ideas, she's at home in northern Illinois with her two rescue cats.

Her latest release is Tranquility Point, Book 3 in her historical series set in Lake Geneva--where else? 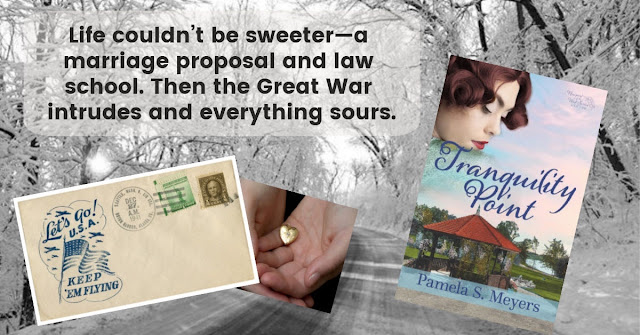