History of the Ruby: July's Birthstone 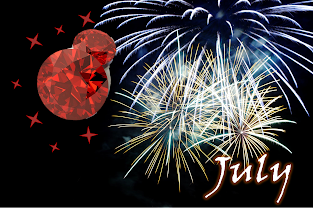 Happy birthday to all of you July babies who share a birth month with America. :) I'm excited to share the history behind this month's birthstone with you because it is one of the most historically rich gemstones. Its history even dates back far enough to be mentioned in one of the oldest books of the Bible. So, even if your birthday isn't in July, I think you'll enjoy our exploration into the ruby's history.

The gemstone's name, "ruby", comes from the Latin word ruber, which means "red." Because of the ruby's glowing red color, it is associated with blood, therefore life, which encompasses safety, protection, etc. It is also associated with strong emotion, such as passion and love. Some believe the ruby to be the most precious of the 12 stones created by God.

The ruby is so old, that we actually don't know when it was originally discovered. We do know that it was used for trade along China's Silk Road as early as 200 B.C. Logic would say that it was first discovered somewhere in the Orient, since the Oriental people seemed to have it first and were among those to treasure it most highly.

The Hindu people in India believe the ruby to have many powers, the main one being centered around safety. They believed that rubies would even enable them to have peace with their enemies. Nearby Burma has been a source of rubies since at least 600 AD. The Burmese believed that warriors who possessed the stone would be invincible in battle. The catch? They couldn't just wear them, you had to embed them into your flesh. Chinese had a similar belief, except they settled for mounting the jewels in their armor rather than in their skin.

The Old Testament mentions the ruby seven times, comparing the gem to wisdom.

One of the most interesting things about the ruby's historical journey, is that is wasn't fully appreciated for its uniqueness until after 1800 when scientists discovered that it is a corundum stone. Prior to that, garnet, red spinel and tourmaline were believed to be the ruby as well. In fact, even the "Black Prince's Ruby" that sits in the center of the Maltese cross on the front of the Imperial Crown of England was thought to be the largest cut ruby, until it was determined to be spinel.


However, even since ancient Rome, other stones have been used as imitation rubies. A practice which survives today, although synthetic rubies are also growing in popularity.

At any rate, the ruby is a rare and highly prized stone with an unmatched beauty and history. So if you're born in July, you have something to brag about. ;) 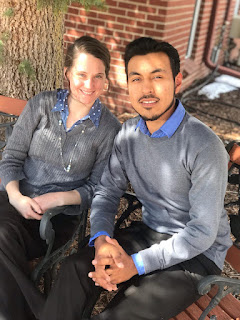 She lives in Colorado Springs near her favorite mountain as a very happy newlywed.

Amber is a proud member of the American Christian Fiction Writers Association. Visit her online at www.AmberSchamel.com/ and download a FREE story by subscribing to her Newsletter!
Posted by Amber Lemus at 12:30 AM