“No Marseille! No Marseille!” The Barcelona ticket agent shook his head and waved his hands. “Nimes! Nimes!”

My sister and I glanced at each other, amused at the agent’s energetic obstinacy, then bought our Eurail tickets to Nimes. After all, the agent wasn't giving us any other choice.

We’d only arrived in Barcelona the day before, our five-country Eurail passes in our backpacks and no experience of how those passes actually worked. Neither did we have much of an itinerary.

Our plan? Travel from one European city to another the first week then spend the following week at a Home Away apartment in Lisbon. 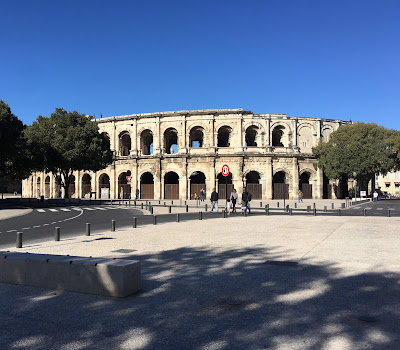 The coliseum ruins, known as Les Arènes, or the Arena of Nimes, is a Roman amphitheater large enough to seat about 24,000 people and built approximately in 70 AD. When we were there, the coliseum was closed for restoration. But we had a great time walking around the structure and snapping photos. 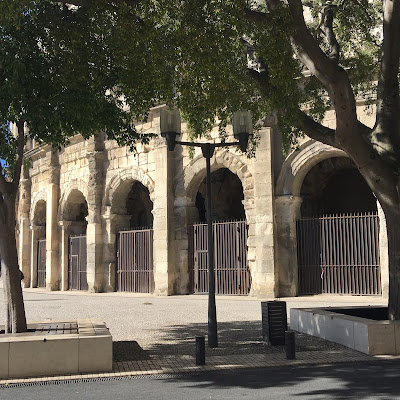 The Maison Carrée (“square house”) is another Roman monument found in Nimes. It’s “the only remaining Roman temple in the world that is preserved in its entirety” according to the Archaeology Travel website. The temple was dedicated to Caius and Lucius who were Augustus’s adopted sons. 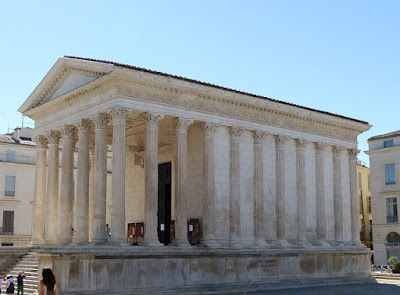 Image by falco from Pixabay

Nimes is located about thirty miles from the Mediterranean coast. The fortified Iron Age village was once the capital of a Gaul tribe. It became a Roman colony sometime before 28 BC, perhaps as early as 121 BC. The Romans built other monuments besides the Arena and the Maison Carrée. These included a civil basilica, a curia, and a gymnasium. When the Visigoths invaded in 473 AD., these Roman structures were destroyed.

Public announcements were made from the temple. Its dominant presence reminded the townspeople that they were ruled by Rome.

In 1863, the Arena was remodeled and used for other events including two annual bullfighting festivals known as férias. To commemorate this history, a statue of matador Christian Montcouquiol, also known as Nimeño II, stands outside the coliseum ruins. Though born in Germany, Nimeño is remembered as France’s greatest bullfighter. 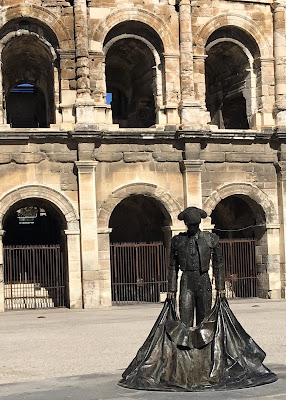 My sister and I left Nimes in the early afternoon, traveling by train to Milan. Eventually, we made our way to Madrid. Join me next month for a few photographs and info about Spain’s historic capital city. 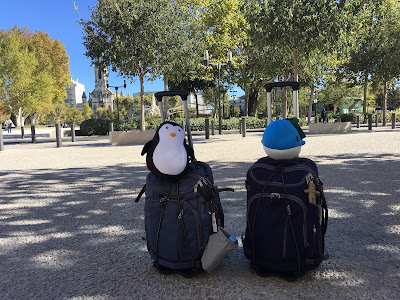 Photo: Our backpacks and travel pillows.

I love writing historicals, but I write in other genres, too. My first lighthearted suspense, The Mischief Thief, released in May. 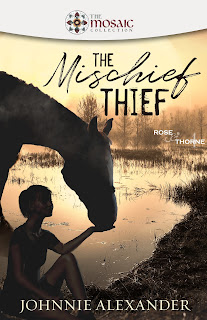 Con artist Chaney Rose, in desperate need of cash, agrees to find Mischief, a stolen racehorse. When she breaks into the suspected horse thief’s home, she’s caught with a few pilfered items in her pockets.

In a burst of Les Miserables-inspired grace, former minister Adam Thorne tells the arresting officer that he gave Chaney the stolen items.

Will a con artist with a conscience and a minister without a ministry risk imprisonment to do the wrong thing for the right reason?

Email ThisBlogThis!Share to TwitterShare to FacebookShare to Pinterest
Labels: #HeroesHeroinesHistory