The Yellowstone Trail--One of the US's First Scenic Routes

Last month I wrote about a foot race that ran from California to New York, and this month I want to share about the first transcontinental automobile highway that stretched from Seattle to New England.

When the first gas-powered automobiles became available, those who could afford the cars basically used them to drive about their neighborhoods, or if they lived in the country to drive into town. But, it wasn’t long before people realized that if they had a halfway decent road to drive on, they could travel to the next town, or to a tourist destination for a vacation and not have to depend on trains. The problem was that most rural roads were in bad shape. And there were only a few federal roads that were well cared for, such as the National Road that ran from Washington D.C. to the Mississippi.

In April 1912, Joseph William Parmley of Ipswich, SD wanted a good 25-mile long road built between his town and Aberdeen SD. He suggested the idea and out of that the notion grew to include a route to Yellowstone National Park.  Dubbed the Yellowstone Trail, the route eventually extended beyond Yellowstone to Seattle on the west and east through Minnesota and Wisconsin, then south through a sliver of Illinois that included Chicago. It then turned east through Indiana, Ohio, and on to the east coast. The route in the West generally followed the same route as the Chicago, Milwaukee, St. Paul, and Pacific Railroad. The train company had already chosen the most efficient route and local roads already existed near the train tracks that could be used for the Yellowstone Trail. 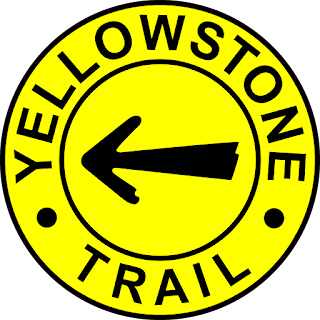 If you go to the website, www.yellowstonetrail.org, you can read about the history of the trail and the railroad which later became The Milwaukee Road. Communities along the “trail,” which was marked out by yellow signs, loved having the travelers pass through their communities, and most joined the Yellowstone Trail Association. Belonging to the association ensured they would be included in publicity about the highway. Many communities along the trail held events called Trail Days where whole families became involved with promoting the trail and even helped out with improvements to the road. 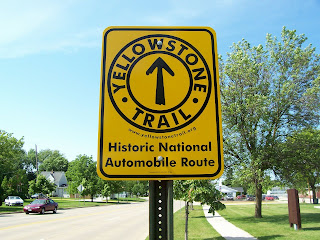 In 1918, the state of Wisconsin began numbering their highways and the American Association of State Highway Officials followed along in 1926, by selecting the best roads in each state to be designated as federal highways. The designation formed a sort of highway layout that was a forerunner of today’s Interstate system. With the roads being numbered, the need for the colorful yellow signs evaporated. Shortly after that, the Great Depression hit and the merchants could no longer afford to pay their association dues, causing the association to diminish. However, the lure of the Yellowstone Trail still exists today and many along its route have embraced its history and celebrate it with yearly events.


When I was a child I always thought traveling a trail or scenic route by car would be fun, but my dad wasn’t a scenic route kind of guy so we’d drive straight through, taking the Interstate highways from Point A to Point B with only quick stops for gas or food. One time, on the way to Southern California we saw signs saying the turn off for the Grand Canyon was just ahead. I did my best to convince him to take the turn, but he didn’t.

One of my favorite designated scenic routes is Snake Road near my hometown of Lake Geneva, Wisconsin. It is actually the access road for many of the lakeshore estates I've featured on this blog. Beautiful during every season, it's especially spectacular during October when it becomes a riot of color along its two-mile stretch.

If you Google scenic routes, followed by a state name, you can find similar routes wherever you are.


What is a favorite scenic route of yours?


Photo credits for the Yellowstone Trail: Wikipedia, all are licensed under the Creative Commons Attribution-Share Alike 2.5 Generic license. 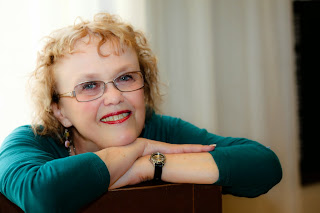 Pamela Meyers has been writing since she first received a diary at the age of eight. She loves writing historical stories set in her hometown of history-rich Lake Geneva, Wisconsin. Pam lives in northern Illinois with her two rescue cats and loves being close enough to her native state where she can often be found nosing around for new story ideas. 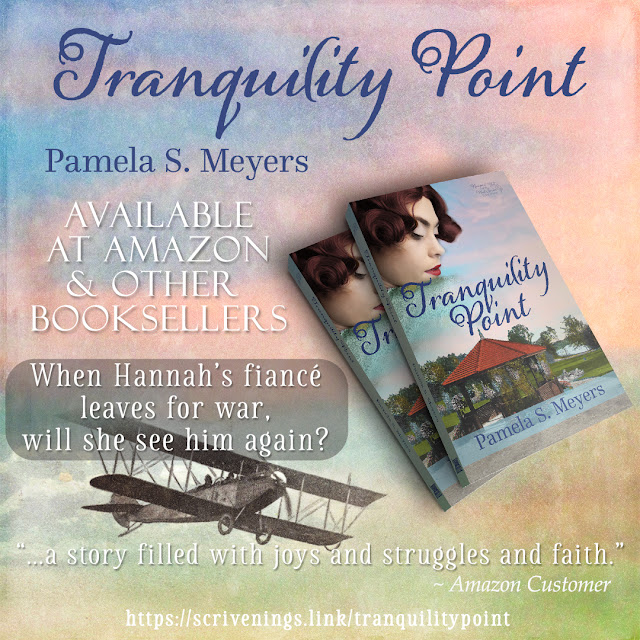