Can you believe that shaped 'jigsaw' puzzles like the one in this image have been around for over 200 years and are even mentioned in a Jane Austen novel? It's true. Called dissected puzzles, they are credited to John Spilsbury, a British cartographer who was once an apprentice to Thomas Jefferys, the Royal Geographer to King George III. In 1766, six years after his apprenticeship ended, Spilsbury began publishing puzzle maps featuring the World, Europe, Asia, Africa, America, England and Wales, Ireland, and Scotland.

Lady Charlotte Finch, governess to King George III's children who included the future George IV and William IV, saw the value of Spilsbury's dissected maps and used them to teach her charges about the world they lived in at the time. To keep the pieces together, she had a special 14-drawer cabinet made which is referred to as Lady Finch's puzzle cabinet.

In 1801, Practical Education Vol. I. by Maria and R. L. Edgeworth was published for J. Johnson, St. Paul's Church-Yard, London. The first of three volumes, it taught a hands' on approach to learning in addition to the current thought of reading and writing only.
"...Whoever has watched children putting together a dissected map, must have been amused with the trial between wit and judgement. The child who quickly perceives resemblances catches instantly at the first bit of the wooden map, that has a single hook or hollow that seems likely to answer his purpose; he makes twenty different trials before he hits upon the right combination; whilst the wary youth, who has been accustomed to observe differences, cautiously examines with his eye the whole outline before his hand begins to move; and, having exactly compared the two indentures, he joins them with sober confidence, more proud of never disgracing his judgment by a fruitless attempt, than ambitious of rapid success. He is slow, but sure, and wins the day."

The text mentions a hook or hollow on a puzzle piece. John Spilsbury layered his printed maps on thin sheets of wood, and then would have used a fretsaw, a mid-16th century invention, to work around the curves and corners, and intricate hooks and hollows, to create the puzzle. Today we call them jigsaw puzzles and it's ironic to note that most are printed on cardboard and don't need a jigsaw, fretsaw, or scroll saw to cut apart the interlocking pieces.

In 1814, Jane Austen's Mansfield Park was published. It's the story of poor Fanny Price, a young girl sent to live with her mother's sister who married well and lives a rich life. Fanny hasn't had the educational advantages of her snobbish cousins who don't hide their thoughts or feelings where Fanny is concerned. At one point we read, "Dear mama, only think, my cousin cannot put the map of Europe together—or my cousin cannot tell the principal rivers in Russia—or, she never heard of Asia Minor—or she does not know the difference between water-colours and crayons!—How strange!—Did you ever hear anything so stupid?"

It is a fair assumption that Fanny's cousins had had the advantage of playing with dissected maps among their other toys, educational or otherwise, since the puzzles had already been circulating around England some forty-odd years by the time Mansfield Park was written and first published.

During this time of turmoil when we adjust our lives to physical distancing, it's interesting to note that jigsaw puzzles are fashionable once again with some stores having trouble keeping them in stock. As a jigsaw puzzle lover, I can attest to their appeal. And after writing a western adaptation of Jane Austen's Sense and Sensibility, I can truly say that I appreciate her more every time I read her work. She is a classic.

Have you read Mansfield Park? Did you catch the reference to putting a map of Europe together? Do you like dissected puzzles? 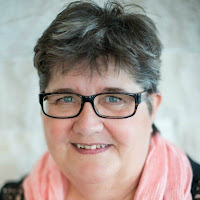