In July, I shared how my sister and I serendipitously ended up in Nimes, France though we meant to go to Marseilles. Then in August, I shared a little about our trip to the Prado Museum in Madrid.

We visited both of those cities—and a few more, too—as we traveled through five European countries using our Eurail passes. We didn’t have an itinerary for our week of train travel. Instead, we just took each day at a time.

For our second week in Europe, however, we stayed in an apartment in Lisbon, Portugal. We arrived late in the evening after a harrowing taxi ride through the city’s very narrow streets. We truly feared for our lives (and for the lives of a few intrepid pedestrians).

Because of a protest happening in the downtown area, the annoyed taxi driver detoured around the unrest. The trip was accompanied by phone calls from someone we assumed to be his wife. We didn't understand what they were saying to each other, but from the tones of their voices, she wasn’t happy either!

Thankfully, we all survived so here I am to share a little of Lisbon’s history. 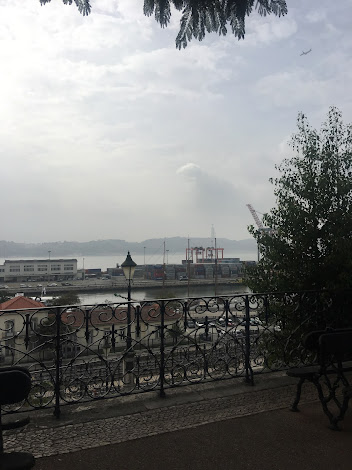 You may be surprised to know that Lisbon, which is Portugal’s capital city, is the second oldest city in Europe. (Pop Quiz: What city is older than Lisbon? See the end of the post for the answer!)

Lisbon is built around a natural harbor where the Tagus River empties into the Atlantic Ocean. The Phoenicians, famed mariners, established a trading post there as far back as 1200 BC. However, archaeological evidence suggests settlements dating back to the Iron Age (8th to 9thcentury BC).

Julius Caesar established the growing metropolis as a municipium during the Roman era known as Felicitas Julia Olissipo. In the following centuries, the area was controlled by Germanic tribes and then the Moors. For a brief time, Norwegian crusaders occupied the area but then the Muslims took it back again.

Afonso Henrique, later known as Afonso I, led Crusaders to re-establish Christianity in 1147 AD. The Portuguese people consider Afonso I as the founder of their country and their first king.

The Moorish influence remains throughout the city in an unexpected and artistic way.

These are the ceramic tiles that adorn many buildings…including where we stayed. Our apartment is the one with the open doors. 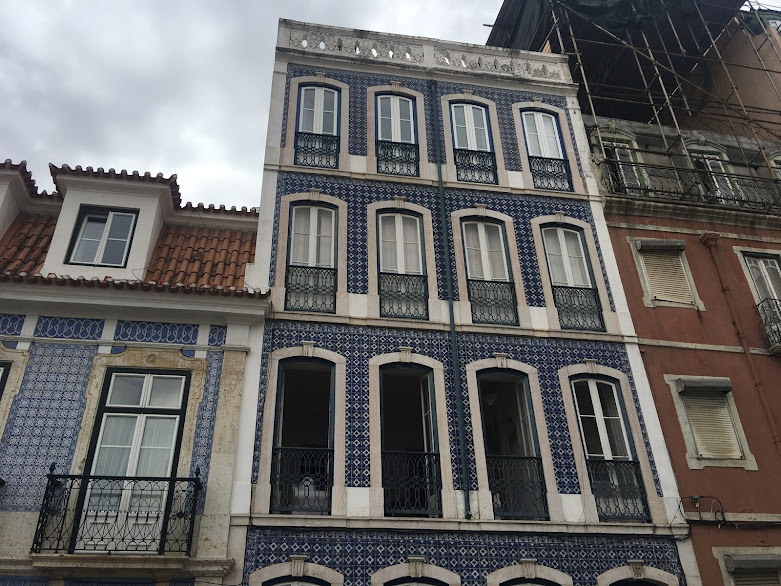 Though the word azulejo may appear to be Portuguese or perhaps Spanish, it’s actually rooted in Arabic and means “small polished stone” (The Culture Trip website).

Even though much of Lisbon was destroyed in a 1755 earthquake, the rebuilding of the city included using azulejos. The colorful tiles are a dominant architectural feature throughout Portugal.

I’m ending my European adventure series with a couple food photos from our trip.
Enjoy! 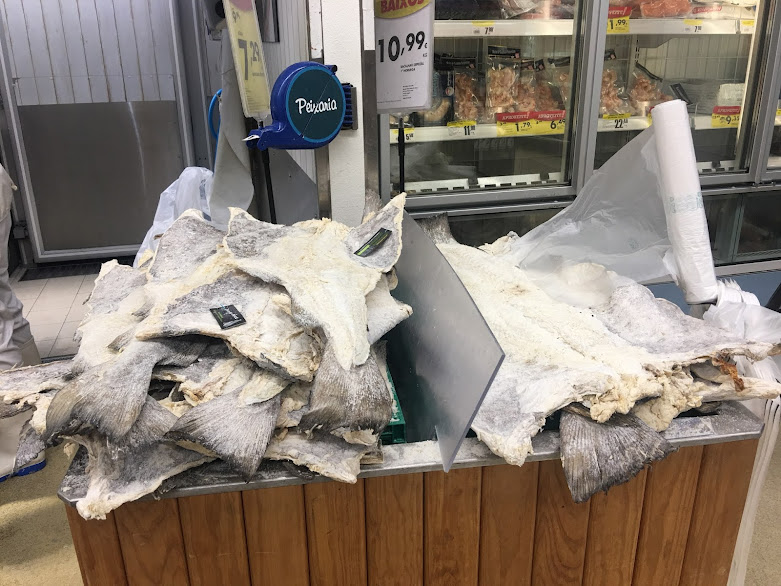 Salted cod is a Portuguese staple! 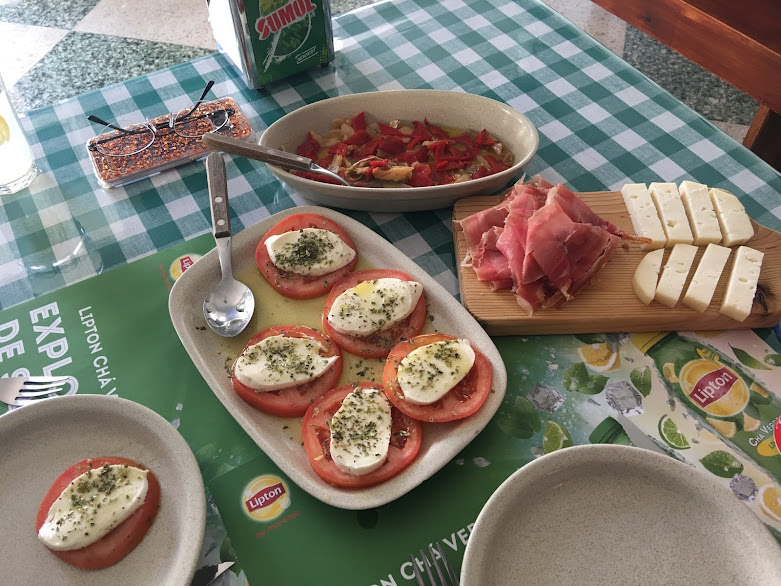 A refreshing meal after a day of walking Lisbon's steep streets. 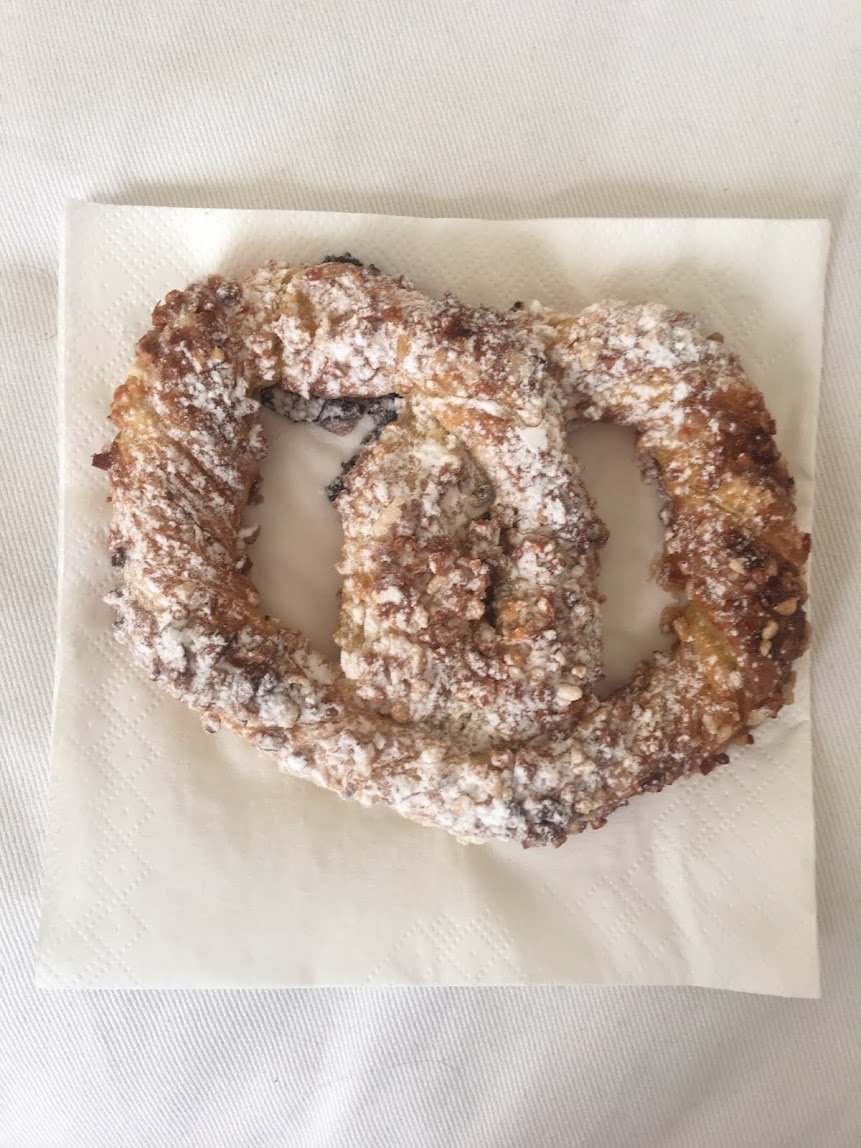 My research into the Nazi looting of cultural treasures during World War II led to my interest in art. That research inspired a major storyline in my debut novel, Where Treasure Hides. 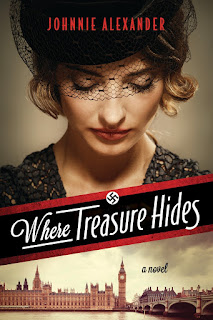 While British officer Ian Devlin fights for freedom on the battlefield, artist Alison Schuyler works with the Dutch Underground to find a safe haven for Jewish children and priceless pieces of art alike. Will Alison and Ian have the faith to fight for their love, or is it their fate to be separated forever?