Have you ever heard of Emanuel Ninger? How about "Jim the Penman"? If you’re like me you hadn’t heard of him before as his place in history is rather notorious and unknown. Ninger was a counterfeiter in the late 1880s and I learned about him when I published my first book.

If you’ve read Mail-Order Refuge, you know Carly unwittingly helped create a counterfeit bill. Because she ran away from the situation, I had to make sure she was afraid of something. I simply put in a sentence about how she’d seen a newspaper account of a counterfeiter put in prison for his crimes. Ought to do it, right? Nope. My editor wasn’t having it. She insisted I back it up with a real counterfeiter from that time period (btw, she was right – it made the story much more interesting.) Enter Emanuel Ninger.
Ninger and his wife came to the US from Germany in 1876 and made their home in Hoboken, New Jersey. He worked as a sign painter and farmed the land he bought in Westfield, New Jersey, but apparently the living he made from two occupations didn’t quite satisfy his greediness.

Ninger began counterfeiting in 1878, and by 1879 the Treasury redemption bureau was aware of his work but not his real name He became known as "Jim the Penman" by the Secret Service. Beginning with a $10 bill then gaining confidence in his abilities, moved on to $20s and $50s, and later $100s. The first $100 bill he passed was discovered by the Treasury in November, 1893.

Ninger accomplished his counterfeiting by purchasing bond paper from Crane & Company, in Dalton, Massachusetts, then he cut it to the same size as the $50 and $100 United States Notes he was copying, Next he soaked the paper in a solution of diluted coffee. He then aligned the paper over a genuine banknote, placed the two on a piece of glass, and traced the resulting image. He used a camel’s hair brush to put colors on the note, imitated the silk threads with red and blue inks, and made a rough copy of the intricate geometric art on the real bills. Notably, he omitted the line crediting the Bureau of Engraving on every bill he created, and some of them were even missing the counterfeiting warning. When asked why he omitted the Bureau of Engraving credit on his bills, Ninger responded, "Because dey [sic] didn't make dem [sic]." At least he was honest about that part!
He worked for weeks on each note, and this was profitable because at the time one of those notes was extremely valuable (about $2000 or $4000 in today's dollars). He was finally caught by the Secret Service in March 1896 when he paid a bartender with a $50 banknote, the note got wet, and the ink began to smudge. He was sentenced to six years in the Erie County Penitentiary. At some point after his release he forged a few British pound notes. He died on July 25, 1924, at 77 years old. 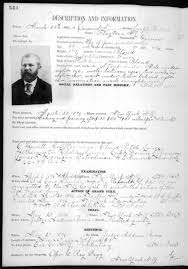 Today, the handmade Ninger notes are illegal to possess though it is estimated that there are 20-30 notes in the hands of collectors, out of an estimated 700 made by Ninger. Ninger only admitted to making 390 notes over his 18 years as a counterfeiter.

So now you know about the infamy of Emanuel Ninger. I hope you’ll check out his role in Mail-Order Refuge. I’m pretty sure you’ll be a lot more compassionate toward Carly than you might have been toward this real historical counterfeiter. 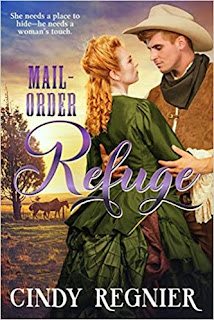