From Slaves To Warriors 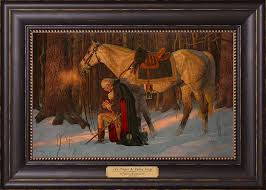 One of my favorite paintings of General George Washington is where he is kneeling on one knee in the snow next to his horse. It is obviously an artistic depiction of earnest prayer. After studying the American Revolution for nearly ten years and knowing he was a man of faith, I understand why the General needed to pray. Events in the 8-year Revolutionary War went anything but smoothly. One of the ongoing circumstances that reared its head was the lack of sufficient troops. 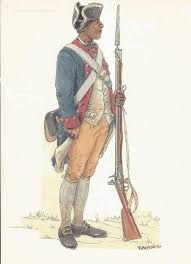 When 1778 rolled across the calendar, the Continental Congress devised a mandatory quota of troops from each state. Since Rhode Island had such a small population of white people yet numerous black slaves, General James Varnum proposed an idea to General Washington: Enlist black slaves to fill the quota of troops.

On Valentine’s Day of 1778, the Rhode Island Assembly voted that “every able-bodied negro, mulatto, or Indian man-slave in this state can enlist into either the Continental battalions being raised.” The assembly stipulated that these soldiers would be discharged from serving their master or mistress and would be completely free. This law was not popular with Rhode Island slave owners. Their objections to this practice led to the law being repealed the following June. But in that 4-month period of time, over 100 free and formerly enslaved men enlisted in the Army and secured their freedom. The former slaves became the First Rhode Island Regiment but were more commonly referred to as the Black Regiment. 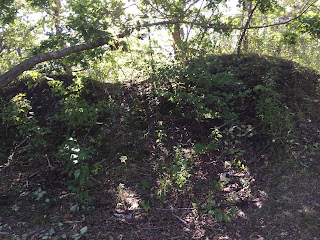 After months of preparation that changed these former slaves into battle-ready soldiers, the regiment’s skills were finally tested in the Battle of Rhode Island, that took place on Aquidneck Island. While it was not deemed an American victory, the troops definitely held their ground. Success in the battle might have been claimed by the Americans if a terrible storm had not occurred that caused much damage to the French ships that had come to assist the Americans.

This formation of the first black regiment in the Revolutionary War was the core of my research for my just-released novel, “Scarred Vessels.” Here is the Back-Cover blurb: In 1778 Rhode Island, the American Revolution rallies the Patriots to fight for freedom. But the slavery of black men and women from Africa, bartered for rum, is a travesty that many in America cannot ignore. The seeds of abolition are planted even as the laws allowing slavery in the north still existed.
Lydia Saunders, the daughter of a slave ship owner, grew up with the horror of slavery. It became more of a nightmare when, at a young age, she is confronted with the truth about her father’s occupation. She is burdened with the guilt of her family’s sin, as she struggles to make a difference in whatever way she can. When she loses her husband in the battle for freedom from England, she makes a difficult decision that will change her life forever.
Purchase here: https://www.amazon.com/Scarred-Vessels-Elaine-Marie-Cooper/dp/1649170025/
Elaine Marie Cooper describes herself as an author who is a complete history geek. She focuses on creating historical fiction set in the American Revolution. She loves to discover little-known events that occurred in that war and create characters who are caught up in the conflict. Her latest release is Scarred Vessels which focuses on the black soldiers in the American Revolution. The setting for most of the action takes place in Rhode Island. She has also penned Saratoga Letters (Finalist for Selah Award in Historical Romance), Fields of the Fatherless (Winner of the Selah Award for young adult fiction), and Bethany’s Calendar (Selah Winner for Best Memoir). Love’s Kindling is Finalist in 2020’s Selah Award for Historical Romance. This book as well as the next 2 books in the Dawn of America series will re-release with Scrivenings Press in 2021. Elaine and her husband have two grown sons and five grandchildren. Their only daughter, Bethany, died from a brain tumor in 2003. Book Trailer: https://youtu.be/VkIo20TMZFg
Posted by Elaine Marie Cooper at 1:30 AM