Old Postcards & the Messages They Carry

Hi everyone. Last month I shared about my old postcard collection, all of them depicting scenes from my home area of Lake Geneva, Wisconsin. A lot of them that I acquire are blank on the message side but there are others that were written on and mailed. It's a lot of fun imagining the relationship between the sender and addressee. Back in the day, the only form of long distance communication was the U.S. mail. Even in the more recent past of of the 1940s forward, long distance calling always cost money and people were careful about calling, so they wrote letters, and when on vacations--postcards.
Below are several cards from my collection that have messages on the back. It's interesting how in many cases all that was needed was the name of the recipient and the town and it would get to them. A couple of these did have a street address and I blocked those out.
From 1911: Photo of the grade school that was built around 1903. It's the same building I attended many decades later, but it still looked the same then. Long after I moved on to high school they gutted the interior and brought it up to code, but I love how they kept the exterior as it was, except the cupola that contained the bell is gone. The bell has a special place on the ground now. The janitor would yank a long rope attached to the bell to call us in for school at the beginning of the day and after recess and lunch.  I've often wondered why was the sender sending the card to his mom from the same town she is in. Sharon is tiny now and it must have been tiny then too. 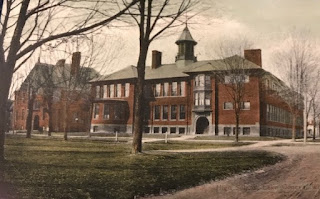 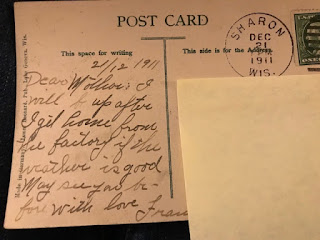 The next postcard is postmarked 1920. The Hotel Geneva was designed by Frank Lloyd Wright and was a classic Wright design. It was built directly across the road from the Geneva Lake dock and offered luxurious accommodations and a top notch restaurant. Many locals ate at the restaurant as well as the hotel guests. The building fell into disrepair and was torn down and replaced by a high rise condo building. I love the sender's description of the hotel as beautiful and fashionable. 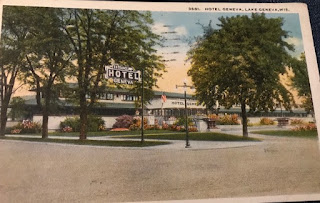 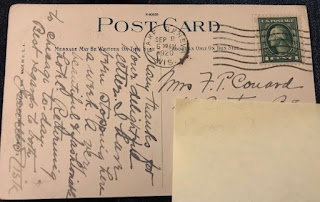 The next postcard is from July 1948, the height of tourist season in Lake Geneva. It was addressed to a couple in Chicago. A good many visitors to the area came from Chicago, either by auto or by train. The train service is no more but many roads lead north to Wisconsin from Chicago. Many of my postcards indicate the senders were staying as long as a week or more. I love the formality in this note that the sender signs her name Mrs. Steder, not by her first name. 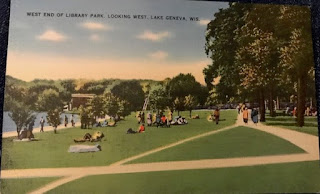 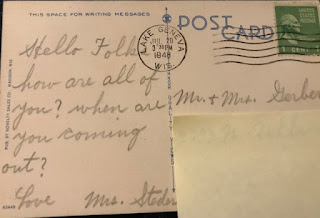 The last postcard for today is also from 1948. The month of September can be quite warm and in some ways it's a better time to visit if you don't have young children in tow. This postcard was sent to Ontario, Canada and the postage was only 2 cents more than the previous postcard that cost 1 cent. 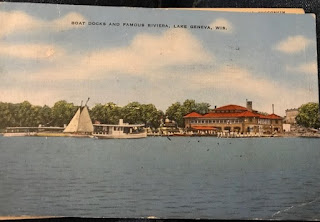 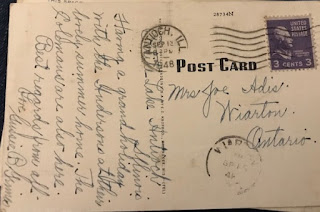 I hope you enjoyed this little peek into the lives of vacationers during the first half of the 20th Century.
Do you enjoy reading old letters from another time of history? Please share in the comments!

Pam loves being from Lake Geneva Wisconsin where she sets her novels.
She doesn't live there now but is only about an hour's drive away from
where she lives in northeastern IL with her two rescue cats. When
she's not writing, she serving at her church and is currently leading a
Zoom ladies Bible study. Her next novel, Rose Harbor, releases May 2021. 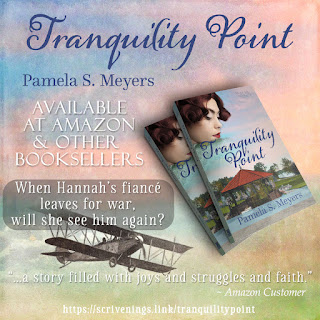