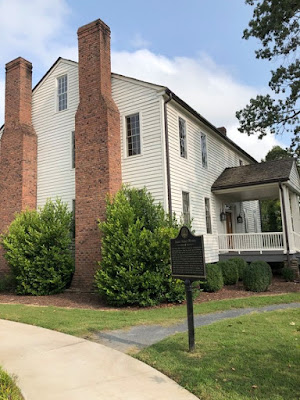 As 2020 winds to a close, I’m penning one last article about the historic sites of Gwinnett County, Georgia, north of Atlanta. You’ve visited Freeman’s Mill, the Elisha Winn House, McDaniel Farm Park, and Lawrenceville Female Seminary with me, and today, the Isaac Adair House. As mentioned in last month’s article on the seminary, the Adair House has been relocated on the same lot as the old school. The beautifully landscaped complex serves as not only a historical interpretive center but an event venue and the site of many weddings.

According to the National Register report, Isaac Adair arrived in Lawrenceville from South Carolina with his father, George, in 1824. They purchased land and returned with their family members. Isaac would have been only nineteen in 1827, the construction date of the house, so it’s likely his father helped him with setting up his farm and building his home, which more resembled South Carolina homes than the Plantation Plain-style then common in Georgia. Isaac built his two-story, two-room-deep home in Federal and Georgian style at Pike Street and Hurricane Shoals Road. Federal style may be glimpsed in the symmetry of doors and nine-over-nine windows, the central front entrance with its transom and side windows around the door, and pedimented front porch. 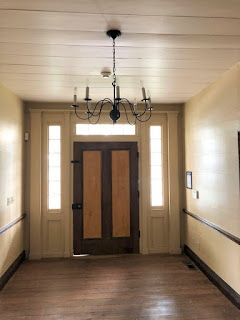 Isaac Adair sold the home to a young physician named James Gordon in 1844 and moved to Alabama. Adair must’ve had the wanderlust bug, for he relocated again to Arkansas, then Texas, where his wife died, his health failed, and he lost his property during the Civil War. In April 1866, he attempted to return to Georgia to visit his sister but died just short of his destination. Meanwhile, Dr. Gordon had worked the 300-acre farm until 1854, when the Adair house came into the possession of the Craig family, South Carolinians who had married into the Adair family. By the Civil War, the house presided over 1,000+ acres. The land was rent-farmed in the years following. Twice moved in more recent years to escape city expansion and privately renovated, the home was placed on the National Register in 2000 and purchased by the county in 2008. 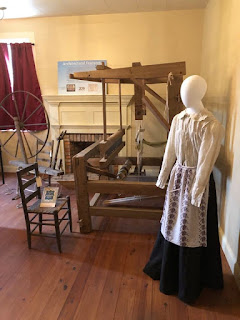 The interior paint colors have been reproduced in creamy tans, yellows, and sky blues, with evidences remaining of wallpaper and stenciling. The downstairs is currently used for weddings and events, but a couple of rooms upstairs display local textile industry and a period bedroom. 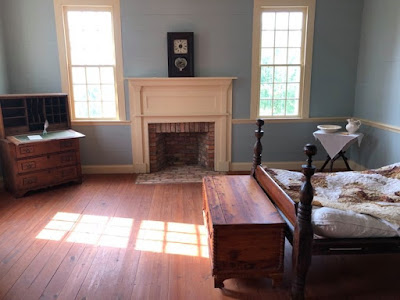 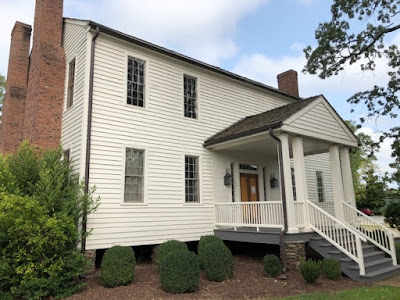