Wrapping it Up (And a Giveaway!)

Hope you all had a wonderful Christmas. Whether quarantined, sheltering or spending time with family, I do hope you felt the warmth and love of the season. We all know Christmas is not about the gifts, not really, but at the same time we’re pretty much dealing with the aftermath of that today. Maybe it's in a bag near your tree, maybe it’s sitting out on your curb waiting for a trash man or maybe you’re one of the ones who fold it all up carefully and re-use it. By now you know we’re talking about “wrapping paper.” Just where did this thing start and how come we do it? It seems expensive, wasteful, and a lot of work besides. Still, there’s something about a big red bow, right? 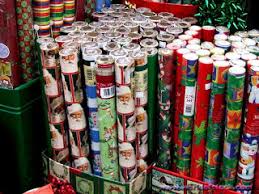 Let me preface this by saying I can’t verify the validity of this story but I did find it in more than one source. Plus, it’s fun so I’m going with it. Read along and be entertained. Obviously, it’s much more fun for the giftee to unwrap a gift and be surprised than to just hand them something. Wrapping gifts is too old a tradition to trace. It was done in ancient times with cloths, 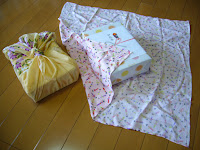 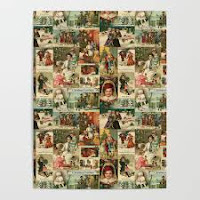 in the Victorian era with decorated paper,

and by stores using brown or manila paper wrappings for their wares. 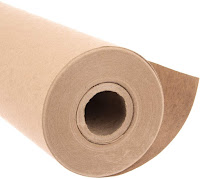 Most popular during the early 1900s was the use of tissue paper, which was fairly inexpensive to make and buy. 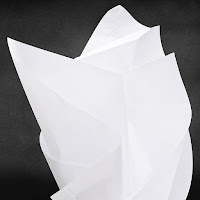 In 1917, as the story goes, two brothers in Kansas City who ran a stationery store were having such a good year that they depleted their supply of tissue paper. Faced with the dilemma of what to do and not wanting to jeopardize the wonderful year they were having, one of them found some fancy paper in a back room they had ordered from France a few years ago meant for lining envelopes. (Yes, lining envelopes was a thing back then.) At any rate the lining paper had never sold well so they had it packed away.  One of the enterprising brothers brought out the lining paper, marked it at 10 cents per sheet and encouraged customers to use it for wrapping gifts. How pretty would that look under a tree? It sold out instantly with people clamoring for more.

These two brothers were no dummies, so for the holiday season of 1918, they tried it again, offering lining paper as gift wrap. It was a huge hit, even more so than the year before. By 1919 they knew they were onto something so the two brothers began producing and selling their own printed paper. It was designed and decorated for the sole purpose of covering gifts from peering eyes until the big day arrived. With the continued success of the brothers’ idea, an industry was born that is still going full force today. You may have heard of these famous brothers. Their names were Joyce and Rollie Hall, later joined by another brother, William.

Their store was named Hallmark.

Fun story, huh? And with that I’d like to leave you with this thought. We sing about the 12 days of Christmas every year, but after December 25 we’re pretty much done. It is my hope that you will begin thinking of December 26 as the 13th day of Christmas and that it may just be the most important day of all. The way we live on December 26 sets the tone for how we will live out the rest of the year. In the words of Dickens: “I will honour Christmas in my heart, and try to keep it all the year.


I’m giving away a paperback copy of Mail-Order Refuge to one lucky winner, your choice of Kindle or paperback. Just leave a comment with your email address. I’ll contact you if you win. 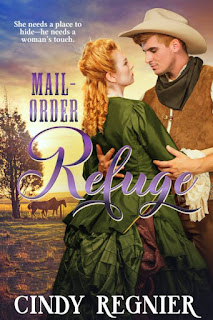