A Pancake by Any Other Name—with Giveaway By Donna Schlachter 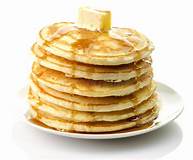 As a child growing up in eastern Canada, the Tuesday before Lent was called “Pancake Day”. Traditionally, we ate pancakes for supper. The batter was prepared as usual, and when my mother spooned the mixture into the frying pan, she tucked an aluminum foil-wrapped coin into each pancake.

You can imagine our excitement as the children endeavored to eat as many pancakes as possible, because then we increased our chances of finding the cakes with a dime or maybe even a quarter inside. Most had a penny or nickel, but that didn’t deter us.

Each year, we’d ask why we ate pancakes for supper just one day a week, and my mother always told us because it was a tradition. She didn’t know the reason. It wasn’t until years later that I discovered the reason.
Pancake Day hails from the observance of Lent and marks the beginning of the season. Held on the Tuesday before Lent, it’s also known as Shrove Tuesday. It was a day of confession and self-examination, which has become Mardi Gras in the United States. Because Lent was commonly a time of fasting from favorite foods, Pancake Day was begun as a way to rid the home of eggs, sugar, and fat (usually butter).
Pancakes hold a longstanding place in history, first mentioned by Ancient Greeks around 600 BC. Around 1100 AD, Pancake Day or Shrove Tuesday became a traditional way to adhere to the church’s admonition to self-deny. National Pancake Day originated in the USA in 1985, although depending on one’s country of origin, has been celebrated here much longer than that.

Regardless of which traditions you adhere to regarding Lent, Pancake Day is still a fun way to change up your menu and encourage your kids to eat.

Now, if we could just find a way to hide money inside vegetables.

Giveaway: Leave a comment, and I’ll draw randomly for a free print (US only) copy of “The Pony Express Romance Collection”. Share one of your family traditions, and leave your email address disguised from the bots as name AT email DOT extension (for example: Donna AT HiStoryThruTheAges DOT com)

About “The Pony Express Romance Collection”:

Join the race from Missouri, across the plains and mountains to California and back again as brave Pony Express riders and their supporters along the route work to get mail across country in just ten days. It is an outstanding task in the years 1860 to 1861, and only a few are up to the job. Faced with challenges of terrain, weather, hostile natives, sickness, and more, can these adventurous pioneers hold fast, and can they also find lasting love in the midst of daily trials? 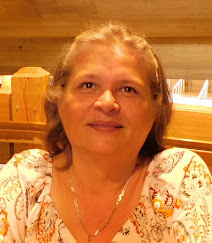