King George III suspected one of his Colonial Governors was willfully disobeying his orders. Could it be the pompous, high-opinionated, and outspoken Englishman, Jonathan Trumbull of Connecticut? 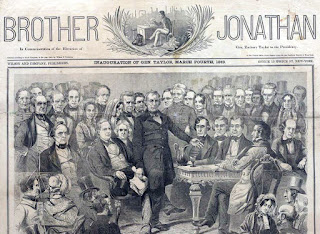 Trumbull cared little about his pocketbook, nor the wealth or comfortable title George III could provide him. There was more to life than simple pleasures. More to a happy existence than prestige or living in a fancy home. So, what did Trumbull seek?

Jonathan Trumbull was born in Lebanon, Connecticut. He built up a business with Britain, and that had probably been his connection in acquiring the job as a colonial governor.

George III made life in the colonies intolerable. Trumbull bit his tongue often, holding back his true feelings about the King of Great Britain. Seeing through his windowpane at the hard-work the people performed only to offer up what little they had to pay George III's taxes yielded a sympathy he had not known. 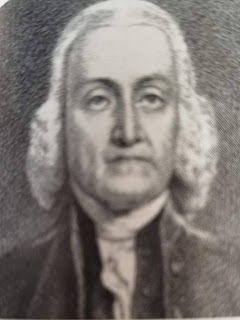 Jonathan came to the end of his patience one day. The temper tantrums of George III's numerous and intolerable acts and taxes became too much for him to bear. The plight of the colonialists pierced his hardened heart.

When the 1765 Stamp Act slapped a tax on every written document. Boston Pastor Jonathan Mayhew boldly proclaimed from his pulpit:

"The King is as much bound by his oath not to infringe the legal rights of the people, as the people are bound to yield subjection to him. From whence it follows that as soon as the prince sets himself above the law, he loses the King in the tyrant. He does, to all intents and purposes, un-king himself."

What? Un-king himself? What are these colonists thinking? The loyal Britain subject was aghast.

Then came The Townsend Act of 1767. More British troops arrived in Boston during 1768 to enforce the unpopular Act. On March 5, 1768, a Boston mob circled the British sentry and verbally abused him. Eight more soldiers came, and the crowd continued to harass the soldiers and threw things at them.

The soldiers killed five people and wounded others and became known as the Boston massacre.

Still, the Crown-appointed governors stood adamite and loyal to the King. Except for Trumbull. One supporter of the Crown wrote in the Board of Trade in England this:

"If you ask an American, who is his master? He will tell you he has none, nor any governor but Jesus Christ."

The Committees of Correspondence soon passed this up and down the American coast, "No king but King Jesus!"

It became obvious to Trumbull, when his heart, then head resounded the phase, what he desired. It was not George III's wishes he wanted to please, but God and the people he felt a responsibility for.

The 1773 Tea Act, though it was not a new tax, levied to bolster the British East India Company. The trouble was that the colonists, to avoid the Townshend taxes, had smuggled in their tea. Britain wanted their tax. The colonies refused and hench, the Boston Tea Party. So, the British instated the Intolerable Acts.

Jonathan Trumbell explosively set pen to parchment, for it was that same year of 1773, when he wrote with boldness and finality these courageous words:

"It is hard to break connections with our mother country, but when she strives to enslave us, the strictest union must be dissolved… "The Lord reigneth; let the earth rejoice; let the multitudes of isles be glad thereof—the accomplishment of such noble prophecies is at hand." 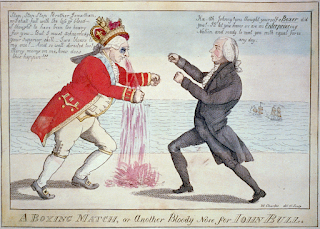 With the onset of organizing the Continental Army, one of the first men George Washington went to for advice was Jonathan Trumbull. He was now an ardent patriot and the only prewar colonial governor who backed the patriots.

Trumbull had built a business with Britain, which failed. However, that experience helped him supply the patriots with the needed supplies of food, clothing, munitions, and advice. Trumbull generously gave to the Continental Army without reservation. He became a close confidant and friend of George Washington.

King George III was confident that the mighty nation of Great Britain would have this stupid and ragged bunch of farmers in shackles soon. Jonathan knew what the Continental Militia was up against, was colossal. He knew, too, that for George III, a victory for the Crown was just a matter of time.

By 1775 the Revolutionary War was in full swing. Whenever Washington was pondering a decision, he would say, "We must ask Brother Jonathan about this." 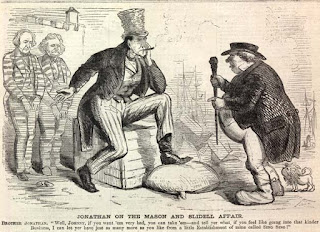 "'The Lord did reigneth; let the earth rejoice…' as Jonathan had prophesied. When George Washington became president, whenever he had to put a matter before Congress, he often used the expression, "Let us ask Brother Jonathan."

From this nation who wanted "No king but King Jesus," a new slogan materialized.

The nation itself, represented by Congress, took on the name "Brother Jonathan." The name spread throughout the land. Brother Johnathan portrayed the example of patriotism, generosity and reminded citizens of America's valent and most valuable citizen.

Not a high office, nor recognition. He was happy to give President George Washington advice but wanted no credit, and no recognition that he did so.

Because—he was the everyday person you may meet on the streets; the storekeeper, the preacher, the grandfather, the housewife needing assistance with her burdens. Be it minuteman, sailor, farmer with a pitchfork, sentinel perched in a tree, a messager fleeing from the British's swift horses, or a boy defending his home. Jonathan Trumbull was a brother to all.

Some editorial cartoons and posters depict the characteristics of "Brother Jonathan" as brass, outspoken, and tactless. Nothing more than a loudmouthed bigot, the worst type of citizen. 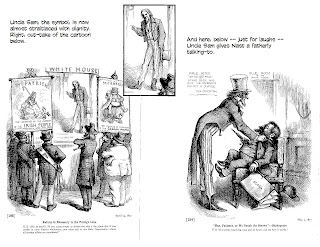 People who knew him during the 1700s labeled “Brother Jonathan," caring, compassionate, honest; clever, bold, and courageous—a true American patriot and a subject to "King Jesus."

Does this depiction of "Brother Jonathan" remind you of the clerk in the grocery store, a son, daughter, or maybe a president? 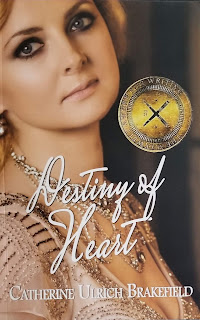 Ruby McConnell Meir leaves for Colorado's prairies, hoping the climate might cure her husband's illness. Confusion and uncertainty hover around her skirts like the dust storms, rattlesnakes, and droughts, consuming her energy and weakening her faith. Will her husband live—or die?

The Roaring Twenties dive like a wounded eagle into the Great Depression, placing the McConnells is in a battle for survival as Collina McConnell battles insurmountable odds to rescue Shushan. Rough Rider Franklin Long loses what money could not buy. Is it too late to make right his failings?

"I read it in 2 days! I read it on my Kindle but bought copies in paperback for gifts. My friends loved it… A great book historically and a great testimony of God's faithfulness… Catherine's books just keep getting better and better." Peggy, Amazon Reader 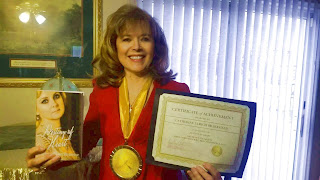 Her short stories are published in Guidepost Books True Stories of Extraordinary Answers to Prayer, Unexpected Answers, and Desires of Your Heart.  Baker Books, Revell, The Dog Next Door, Horse of my Heart, Second-Chance Dogs, The Horse of my Dreams, and A Puppy for Christmas (scheduled for September, 2021release); and CrossRiver’s The Benefit Package, Abba’s Promises, and Abba's Answers; Bethany House Publishers, Jesus Talked to me Today.