Learning Our Laws: The U.S. Constitution 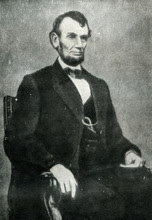 By Elaine Marie Cooper As an amateur student of American history, one might think I am well-versed with the Constitution of the United States and its amendments. I confess I am not. When I watched the movie “Lincoln” a few years ago, I was astonished by the congressional tousling that went into the ratification of the 13th Amendment. In simple terms even I can understand, here is the summary of Amendment 13: Passed by Congress on January 31, 1865, and ratified on December 6, 1865, the 13th amendment abolished slavery in the United States and provides that "Neither slavery nor involuntary servitude, except as a punishment for crime whereof the party shall have been duly convicted, shall exist within the United States, or any place subject to their jurisdiction." Finally, slavery was forbidden. It only amazes me that it took so long. The movie “Lincoln” was partly based on Doris Kearns Goodwin’s book released in 2006, “Team of Rivals: The Political Genius of Abraham Lincoln.” I totally enjoyed the movie and highly recommend it. I’d love to read Goodwin’s book but my TBR pile is ready to fall over … If you’re interested in reading Goodwin’s book, here is the link on Amazon: https://www.amazon.com/Team-Rivals-Political-Abraham-Lincoln/dp/0743270754/ 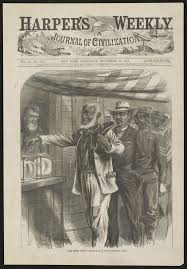 When researching ideas for happenings that occurred on February 3 in history, I happened upon another Constitutional event: the ratification of the 15th Amendment. This law also pertained to black Americans, but this time it pertained to voting, in particular, to allow voting for African-American men. “The right of citizens of the United States to vote shall not be denied or abridged by the United States or by any state on account of race, color, or previous condition of servitude.” Ratified on February 3, 1870, it was sadly, not fully realized for nearly a century. Some states made conditions for voting so strict that many black men could not “pass muster.” Poll taxes and literacy tests were just some of the roadblocks used to make voting more difficult for blacks. The situation changed in 1965 with the passage of the Voting Rights Act. It is disconcerting for me personally to realize it took so long—and within my lifetime—to ensure the right of blacks to vote in every state. 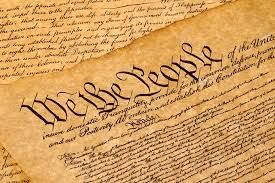 The frequent presence of the United States Constitution in the current news makes me realize I need to brush up on the laws of our land. As a patriotic American, I realize the Constitution is the groundwork for what this country stands for. It is the Supreme law of the land by which our rights as citizens are assured. Let me end this blog by posting the inspiring Preamble of the Constitution, first written in 1789: We the People of the United States, in Order to form a more perfect Union, establish Justice, insure domestic Tranquility, provide for the common defense, promote the general Welfare, and secure the Blessings of Liberty to ourselves and our Posterity, do ordain and establish this Constitution for the United States of America. Here is the movie trailer for "Lincoln:" https://www.youtube.com/watch?app=desktop&v=lTA5rdz51XI 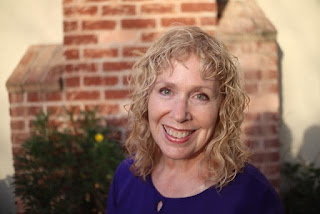 Elaine Marie Cooper’s novel, Love’s Kindling is the second-place winner in Historical Romance for the 2020 Selah Award contest. Two of her books (Fields of the Fatherless and Bethany’s Calendar) each placed first in their categories. Like many of Cooper’s books, including her newest release (Scarred Vessels), it focuses on the era of the American Revolution. She has authored several historical novels, a non-fiction memoir (Bethany’s Calendar), and has been published in numerous anthologies and magazines. Although not a current resident of New England, Cooper’s heart for history was birthed there and continues to thrive.
Posted by Elaine Marie Cooper at 1:30 AM