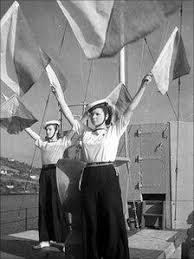 Hi, Patty here and as a former Girl Scout, I've always been fascinated with their long history of service, especially during the First and Second World War. Our British counterparts, the Girl Guides were no exception. Their actions of service during World War II has been credited by most to have had a direct effect on the outcome of the war. So what did these brave, young girls do to win such accolades that Winston Churchill would take off his hat in respect to them as they marched by in the 1942 Lord Mayor's show in London? 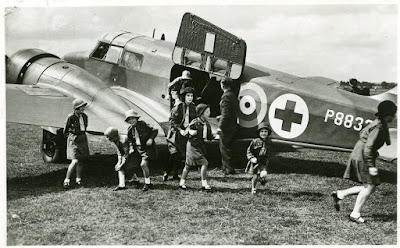 Days after Great Britain declared war on Germany in 1939, the Girl Guides went into action. The older Guides volunteered for military service, using their skills in the Women's Auxillary Air Force and the Women's Royal Navy. The military soon learned that the badges these young women had earned helped them to be trained as electrians, telegraphers, surveyors and signalers. Some taught soldiers how to care and use their guns while others were trained to fly aircraft. A few became spies for the Crown. 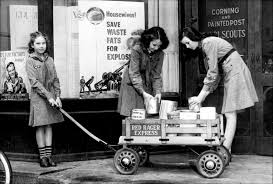 The Brownies were ready to live by the Girl Guide creed: to help other people every day, especially those at home. They volunteered as hosptials and evacuation centers. They performed first-aid and served as caretakers and fire fighters. They grew Victory gardens and helped communities short on food. These remarkable girls organized recycling drives, dug out shelters and held bazaars, raising enough money to purchase two air ambulances and life boats used to rescue soldiers at Dunkirk. Some helped evacuate children from cities while others helped them get settled once they had arrived at their destination. 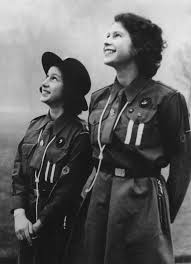 Their work didn't go unnoticed. Two of the most famous Girl Guides at the time were the Princesses Elizabeth and Margaret. Brownies were featured in newsreels, putting out incendiary devices, wearing gas masks and communicating by semaphore, a system of messaging using two flags in certain positions as they relate to an alphabetic code.


These young women lived by the Girl Guide/Scout Oath:
'On my honor, I will try to do my duty
To God and my country,
To help other people every day,
Especially those at home.'

A founding member of American Christian Fiction Writers, Patty Smith Hall enjoys writing stories about the strong women who played a part in history. When she's not writing, she's spending time with her personal hero of 37+ years and the family they've built together. You can find her at www.pattysmithhall.com
Posted by Patty Smith Hall at 12:30 AM