Last month I wrote about Chief Big Foot, the Potawatomie Indian chief who lived on the shores of
Geneva Lake in Wisconsin before being removed to a reservation in the west. At the time, I promised I would write about John H. and Juliette Kinzie who were the first white people to see Geneva Lake for the first time.
When I began researching the couple, I learned that Juliette was an amazing woman for her time and that she deserves a post all on her own, which I will do in a couple of months. For now, I’ll focus only on the couple's first sighting of Geneva Lake in 1831, and their meeting Chief Big Foot and his tribe.
Juliette’s husband John was serving as an Indian Subagent at Fort Winnebago near what is now Portage, Wisconsin and the couple and their family were living there. They’d traveled south for a visit to Chicago (which was not yet the large city it later became) and were returning to Fort Winnebago, heading northwest across what would likely now be McHenry
County in Illinois.
Juliette’s memoir, Wau-Bun, which describes her many travels in the New Frontier, includes a detailed description of this journey. When they stopped for the first night next to the Fox River, they experienced a horrific accident that caused the horses pulling their wagon to spook. Her detailed and colorful description of this accident is well-worth getting a copy of the public domain of this book which can be downloaded at no cost. (Details can be found in the Resources below).
With repairs made, they next traveled only a short distance to what is now Crystal Lake, IL, and overnighted next to that lake. From there they moved north, and her notes describe her appreciation of the scenery and being far from any city. I love how she praises the Author of the Universe and “His majesty and goodness,” then quotes Habakkuk 2:20, “Let all the earth keep silence before Him.”
By their fourth day of travel, they had reached what is now Southeastern Wisconsin and she writes, “Soon after mid-day, we descended a long sloping knoll and by a sudden turn came full in view of the beautiful sheet of water.” That water is now known as Geneva Lake. They came down an incline and came upon the Potomotomie Indian encampment near what is now Fontana, Wisconsin. They met Chief Big Foot and the families that lived there. The meeting was friendly and there was no apparent animosity as the tribe was very welcoming to the gathering that included the Kinzie's and several others.
Of course, there were no paved roads back then and to be able to continue on, they had to get their entourage up a steep hill. It was decided the only way was to push the wagon up the hill, and the Indians and male visitors worked together to accomplish this. I love the fact that Juliette mounted a horse and while clinging to his mane, amid shouts of encouragement from the onlookers, made it to the top. Young Indian men carried the party’s luggage up the incline on their shoulders. I love how everyone worked together to make it all happen with no apparent friction.
When I make the hour’s drive up to the lake, I often look out on the water and imagine what it must have looked like back in those days. No white piers jutting out along the shoreline, no motorboats or excursion boats slicing through the water, no spectacular estates on the shore, or summer camps. It’s beautiful now, even with all of that, but how much more beautiful it must have been back then.
Do you like to read memoirs written by historical figures? If you do, please share in the comments, the title of one you particularly enjoyed.
Resources:
Shawneeawkee, Friendly Fontana; Arthur B. Jensens, 1969, independently published.
Wau-Bun The Early Day in the Northwest; Juliette Augusta Magill Kinzie; Public Domain Edition.
This edition can be downloaded to Kindle by going to Amazon.com and searching for the book.)

Pamela Meyers lives in northeast Illinois with her two rescue cats and can often be found just over the state line in and around her hometown of Lake Geneva, Wisconsin, nosing around for new story ideas.
Pam's Newport of the West four-book series can be found at Amazon and at various locations in the Lake Geneva area. The fourth book in the series Rose Harbor, releases in May. 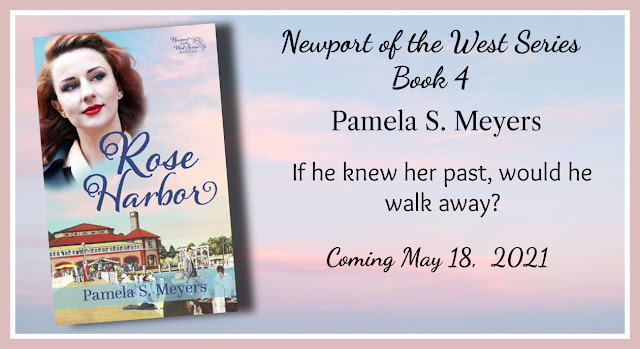