Today is our fourth visit to a European canal city, Hamburg, Germany which I’m excited to explore because of my German heritage. If you’d like to explore Bruges, Belgium in last month’s post click here.
Located in northern Germany about an hour’s drive from the Wadden Sea, the city of Hamburg is not quite three hundred miles from Berlin and sits on the River Elbe and two of its tributaries: the River Alster and the River Bille. One of Germany’s federated states, it is surrounded by Schleswig-Holstein to the north and Lower Saxony to the south. The mayor’s office is more like the role of a minister-president than that of a city major. As a German state government, it is responsible for public education, correctional institutions, and public safety, as well as libraries, recreational facilities, sanitation, water supply, and welfare services.
The second-largest city in Germany, Hamburg is made up of seven boroughs that are subdivided into 104 quarters, and further broken into 181 localities. Interestingly, despite being nearly one hundred kilometers from the North Sea, Hamburg is Germany’s largest port city, the second-busiest in Europe, and the third-largest in the world after London and New York.
Hamburg is nearly surrounded on all sides by water. The River Alster has been

divided into two lakes that lie on either side of the city: the Binnen and Aussenalster (Inner and Outer), and the River Elbe flows through the center of the city into the North Sea. All that water translates into canals, streams, and bridges. In fact, Hamburg has more bridges inside the city limits than any other city on earth and more canals than Amsterdam and Venice combined. Experts estimate that Hamburg is home to between 2300 and 2500 bridges!
The city can trace its origins to 808 AD when Emperor Charlemagne ordered the construction of a castle, the first permanent building on the site. Designed to be a defense against Slavic invasion, the settlement became known as Hammaburg, burg meaning castle or fort.
Twenty-five years later Hamburg was designated as the seat of a bishopric, but two decades after that, the city was destroyed by the Vikings. Over the course of three hundred years, Hamburg was burned, raided, and occupied several times and fell victim to The Black Death in 1350.

In the seventeenth century, Jan van Valckenborgh created a second layer of fortifications to protect against the Thirty Years War. Many of today’s street names still date from the grid system of roads he introduced. When the Holy Roman Empire dissolved in 1806, Hamburg became a sovereign state until it was annexed by Napoleon I, but regained its city-state status when the Russians freed the city in 1814.
In 1860, Hamburg adopted a semi-democratic constitution that provided for a Senate election, the separation of powers, separation of Church and State, and freedom of the press. The city was a member of the North German Confederation from 1866-1871, the German Empire from 1871-1918, and maintained its self-ruling status during the Weimar Republic (1919-1933).
During World War II, Hamburg was one of the Administrative Divisions in Nazi Germany, surrendering to British forces three days after Hitler’s death. After the war, Hamburg formed part of the British Zone of Occupation and became a state of the then Federal Republic of Germany in 1949. 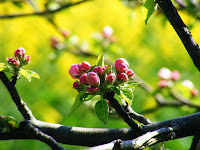 Filled with a variety of architectural styles, the lavish Planten un Blomen park, more than forty theatres, sixty museums, and one hundred clubs and music venues, Hamburg hosts more than seven million annual visitors.
What did you enjoy learning about in today’s post?
__________________

Linda Shenton Matchett writes about ordinary people who did extraordinary things in days gone by. A volunteer docent and archivist for the Wright Museum of WWII, Linda is currently working with the curator to create her very first exhibit, Shaped by Conflict. She is a native of Baltimore, Maryland, and was born a stone’s throw from Fort McHenry. Linda has lived in historic places all her life and is now located in central New Hampshire where her favorite activities include exploring historic sites and immersing herself in the imaginary worlds created by other authors.  Visit her at http://www.LindaShentonMatchett.com
Rayne's Redemption

Will she have to lose her identity to find true love?
Twin sisters Rayne and Jessica Dalton have been swapping places their whole lives, so when Jessica dies on the eve of heading west to become a mail-order bride, Rayne decides to fill her sister’s shoes. The challenge will be faking Jessica’s faith in God. Can Rayne fool her prospective groom without losing her heart...or her soul?
Flynn Ward fled England to escape his parent’s attempts at marrying him off, but locating a woman to love in the Wyoming mountains is harder than finding a hackney in a rainstorm. Then the Westward Home & Hearts Agency offers him the perfect match. But when his prospective bride arrives, she’s nothing like she seemed in her letters. Is he destined to go through life alone?
Can two desperate people overcome their differences to find common ground...and love?
Purchase Link: https://amzn.to/30Y87mN
Posted by Linda Matchett at 12:30 AM