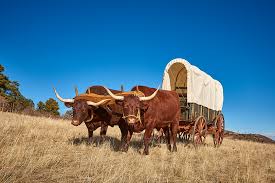 By now you’ve figured out that I am a huge fan of Laura Ingalls Wilder. For some reason, I am especially fond of many of the stories related in Laura’s book Farmer Boy, the story of the growing up years of her future husband Almanzo Wilder. 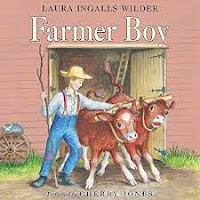 If you’ve read Farmer Boy once or a bazillion times like me, you know nine-year-old Almanzo had a pair of oxen he raised from calves and trained.Their names were Star and Bright. What exactly are oxen? Are they a breed of cattle? Why don’t we see them in roadside pastures? Are they for meat, milk or work? I’ve certainly asked some of those questions so I decided to find out. Here’s a little of what I learned:

Oxen are thought to have first been harnessed and put to work around 4000 BC. Oxen are not a breed of cattle but rather steers – adult, male bovines of any breed that have been castrated and allowed to age. Usually a working ox is at least 3 or 4 years old. 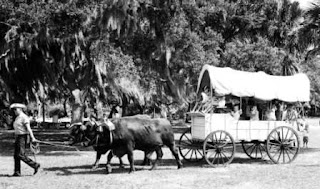 They are taught to follow voice commands and work with humans. The most common verbal commands were: get up, go, whoa, back up, gee (turn to the right) and haw (turn to the left). Male cattle are selected because they grow to be larger than the females, and cows are more valuable for their milk and their ability to produce calves. In the 1800s, oxen brought settlers to the frontiers. Ox power revolutionized transport and agriculture and allowed people to grow more food, transport goods for trade, and travel over long distances. With a life span of about 15 years an ox had a working life of 10 years or more. Once a pair was selected, they became companions for life.

Oxen were cheaper to buy than horses and their eating habits were an asset too. Frontier farmers were so busy clearing the land and building shelter that growing enough grain to keep a horse in working condition was difficult. Oxen were less expensive to feed since they required no grain to work, and their ruminant digestive systems allowed them to eat and thrive on rougher fodder than any horse could tolerate.

Harnessing an ox was also less expensive than equipping a horse. Ox yokes, made of wood with a few iron fittings, could be easily made with simple tools and were well within the capabilities of the pioneer farmer.

Since cattle are hardier than horses, they can also get by with a less refined shelter. When not needed for chores, oxen could be turned out into the woods to forage for themselves and rounded up again when there was work to be done. 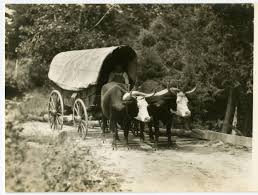 So if oxen were so wonderful, where did they go? Why aren’t they still doing the heavy work on farms? One theory says horse yokes pressed on the horse's windpipe limiting their ability to do hard work. Horses replaced oxen when the invention of a proper horse collar allowed them to use their full strength. Additionally, broken sod, improved roads and advances in farming eventually left the oxen behind. They had become a symbol of the past. I'm so glad Laura introduced us to Star and Bright and immortalized them in the pages of Farmer Boy. They will be fondly remembered for many years to come.

Scribbling in notebooks has been a habit of Cindy Regnier since she was old enough to hold a pencil. Born and raised in Kansas, she writes stories of historical Kansas, especially the Flint Hills area where she spent much of her childhood. Cindy is married to her husband of 38 years, has two grown sons, a son residing in heaven,and two beautiful daughters-in-law. 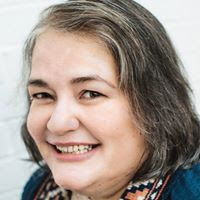 A graduate of Kansas State University with a dual major in Agriculture and Business, Cindy works for her local school district as clerk of the board of education and is active in her church and community. Her experiences with the Flint Hills setting, her natural love for history, farming and animals, along with her interest in genealogical research give her the background and passion to write heart-fluttering historical romance.