My posts for May and June introduced you to Velvalee Dickinson, dubbed the “Doll Woman” by the FBI. Though she appeared to be exactly what she was—the owner of a successful Madison Avenue doll store with customers throughout the world—Velvalee had a deep, dark secret. During WWII, she was a spy for the Japanese.

Her story inspired my newest novel, The Cryptographer’s Dilemma, the first in Barbour’s Heroines of WWII Series.

Here are the links to those posts:

In the novel, a talented codebreaker teams up with an experienced FBI agent to interview women whose names had been forged on seemingly innocent letters about dolls. During their travels, they visited several FBI district offices throughout the country.

This sent me on an entertaining rabbit trail—one of the most fun aspects of writing historical fiction!

Let’s go on a brief tour of the five FBI district offices my characters visited.

Cincinnati is located on the northern banks of the Ohio River in the southwestern corner of the state. The FBI’s field office first opened in 1913 but its operations were moved to Columbus, the state capital, in 1926. The Cincinnati office reopened three years later with L.C. Schilder as special agent in charge.

In 1942, Nazi saboteurs traveled by submarine to New York and to Florida. One of the saboteurs, George Dasch, traveled to the FBI headquarters in Washington DC and turned himself in.

The Germans who landed in Florida boarded trains to Chicago and Cincinnati. These field offices located and arrested the saboteurs.

The mission to round up both groups of saboteurs is known as Operation: Pastorius. In my novel, the hero participated in this mission.

Special Agent in Charge Reed E. Vetterli reopened this field office in May 1934 after it had been closed for five years. Vetterli’s primary mission was to find John Dillinger, the leader of a violent gang, who had grown up in the area. “Although the Bureau sought Dillinger on fugitive and automobile theft charges, Indiana police wanted him on the more serious charge of killing a police officer….Dillinger was ultimately gunned down by Bureau agents in Chicago in July 1934” (FBI History-Indianapolis).

The Denver field office has been in existence since at least 1911 except for a temporary closure between 1931 and 1935. When the office reopened, R.D. Brown was the special agent in charge. During the WWII years, “the Denver office investigated bank robberies, national security matters, and Selective Service Act violations. The division also handled several cases involving aircraft, including search-and-rescues in the mountainous terrain, air piracy, and sabotage” (FBI History-Denver).

The Denver agents investigated the horrific crash of United Airlines Flight 629 that occurred on November 1, 1955, killing everyone on board. They found the remnants of a suitcase that had been packed with dynamite. The son of one of the plane’s passengers had taken out multiple life insurance policies on his mother. He was convicted of murder.

When the Kidnapping Act was passed in 1932, the FBI took over jurisdiction of kidnapping cases. Three years later, the Portland office was instrumental when George Weyerhaeuser, the nine-year-old son of a prominent Tacoma lumber tycoon, disappeared on his way home from school. When the kidnappers spent the ransom money in Salt Lake City, the Bureau tracked them down and arrested them.

The Portland agents also investigated the infamous D.B. Cooper hijacking case. On November 24, 1971, Northwest Orient Airlines Flight 727 was skyjacked by a man who claimed to have a bomb. After the pilot landed in Seattle, Cooper’s demands for cash and parachutes were met in exchange for the release of the passengers. The pilot took off again and sometime later, around 8 p.m., Cooper parachuted from the plane with the money.

He’s never been found—investigators aren’t even sure of his true name. His plane ticket was bought in the name of Dan Cooper, but news reports mistakenly gave his name as D.B. Cooper. The mystery only deepened when $5,800 in twenty-dollar bills was found in a wooded area near the Columbia River by a young boy. The serial numbers matched those of the bills given to Cooper.

The Seattle office opened in 1914. Its FBI agents were also involved in investigating the 1935 Weyerhaeuser kidnapping and the D.B Cooper skyjacking. Their role expanded to national security priorities prior to WWII because of the city’s location as a major seaport.

“In May 1939, FBI executive Ed Tamm suggested to Director J. Edgar Hoover that it was important to prevent sabotage at the Boeing Plant in Seattle, which was producing planes for the U.S. Army. Tamm also proposed that an agent should be exclusively assigned to investigate espionage, counter-espionage, and sabotage cases in Seattle and in several other key Bureau divisions….In January 1940, Seattle reported that it was handling five national security-related investigations, including two espionage cases. Of particular concern was the espionage activity being conducted by Japanese nationals ostensibly studying the English language on the West Coast” (FBI History-Seattle).

That’s it, friends! I hope you enjoyed this historic tour of a few of our FBI district offices. 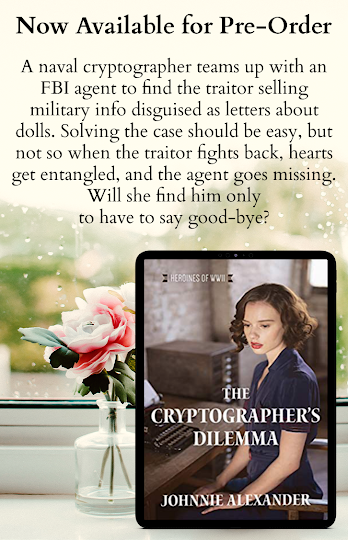