The Hand of God

It happened not long after Independence Day that President Lincoln explained to L. E. Chittenden how he personally felt the hand of God guiding him: 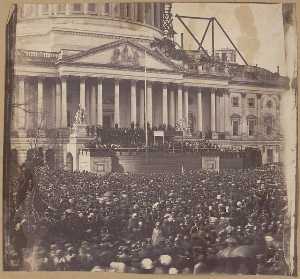 "I frequently see my way clear to a decision when I have no sufficient facts on which to found it. But I cannot recall one instance in which I have followed my own judgment, founded upon such a decision, where the results were unsatisfactory; whereas, in almost every instance where I have yielded to the views of others, I have had occasion to regret it.

“I am satisfied that when the Almighty wants me to do or not to do a particular thing, He finds a way of letting me know it. I am confident that it is His design to restore the Union. He will do it in his own good time."

The hand of God showed itself repeatedly to God-fearing, faith-filled men. Following Biblical principles are not for the faint-hearted;  these men were staunch disciples of their calling—bravely they pledged their fortunes and lives and obeyed the teachings of the Word of God, the Bible. Through America's wars, depressions, the good times, and the bad times, America's faith in their Savior Christ Jesus prevailed. 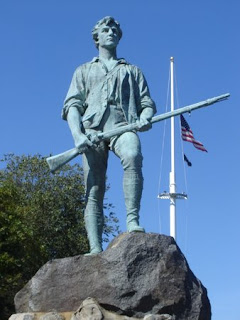 In 1856, Horace Bushnell spoke of this unexplained phenomenon of "the great principles of the gospel…into the order of states." He declared that Americans "as a nation, are witnesses to all mankind of the power there is in the gospel to establish at once, equality and order, liberty and justice, and so to organize a free commonwealth."

And as the founding fathers graciously grew older, they looked back to the past glories of which they played a momentous role. Aware of the unseen, yet benevolent, hand of God who, unbeknown to them, day by day through over 200 years guided this United States of America into fruition.

The second and third presidents were well-known adversaries during their political lives; however, they became close friends in the culmination of their years. John Adams wrote this to Thomas Jefferson:

“I have examined all religions, as well as my narrow sphere, my straightened means, and my busy life would allow, and the result is that the Bible is the best book in the world. It contains more philosophy than all the libraries I have seen."

It was during the 50th year of the Declaration of Independence in 1826, John Adams died. Word reached Monticello, Jefferson's beautiful plantation in Virginia, that John Adams had died, and that his final spoken words were, "Thank God, Jefferson lives!" 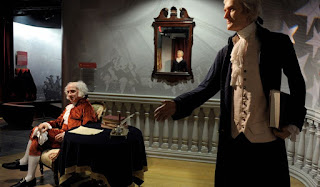 However, the Jefferson household was in mourning; he, too, had died. Adams and Jefferson had died at the same time—on July 4, fifty years to the day from when they had signed these United States into being.

There are no coincidences with God. God will continue to lead like-minded God-fearing Americans if they continue to obey God's teachings.

The king’s heart is a stream of water in the hand of the Lord, he turns it wherever he will. –

"The heart of the nation’s president is like a river. In God’s hands, the president’s heart can be molded, turned, and shaped. The hand of the Lord will turn the president just as He can turn the course of a babbling brook or even shut down a mighty river. God’s hands are on the controls and the hearts of every person are in His hands. He can change minds and redirect affairs according to His own will and plan.

“Consider how God hardened the heart of Pharoah and softened the heart of King Cyrus. Neither of these men knew or even acknowledged God at first, but God’s hand was on their hearts. God worked through King Solomon to build His first temple, and again through King Darius and King Artaxerxes on rebuilding it from the ruins. The heart of the President of the United States, whoever holds the office, is in the hands of our Almighty God.

“Trust in your Father and His plans for the nation and for the world. He is in charge and at work. Pray for God’s will to be accomplished in and through the president and public servants throughout this country."

As our forefathers have before us—Pray Americans! We have a duty as Americans not to falter in this final hour, but to follow in the footsteps of our faithful ancestors. 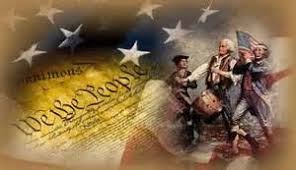 Seek the Lord, repent, and plead for mercy for the United States, that His will be done in this land, that these United States will prosper for this generation and for the generations to come—or until the Lord God returns. Let it be as John Quincy Adams wrote in his diary upon his eightieth year:

"…with thanksgiving to God for all the blessings and mercies which His providence has bestowed upon me throughout a life extended now to the longest term allotted to the life of man; with supplication for the continuance of those blessings and mercies to me and mine, as long as it shall suit the dispensations of His wise providence, for resignation to His will when my appointed time shall come." 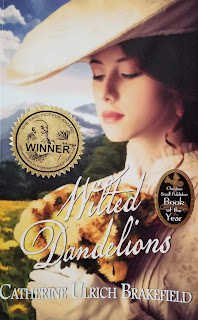 Rachael is eager to leave her life of luxury in Boston to share the gospel with Native Americans in the west. The only problem is the missionary alliance won't let her go unless she's married. When Dr. Jonathan, another missionary hopeful learns about the restrictions, he is desperate to find a wife. They agree to a marriage of convenience and learns God doesn’t create coincidences—He designs possibilities.

“…one gripping, compelling read. Wilted Dandelions by Ms. Brakefield had me eagerly turning pages and sighing over the love story premise as well as taking comfort in the spiritual message…” ES Amazon Reader 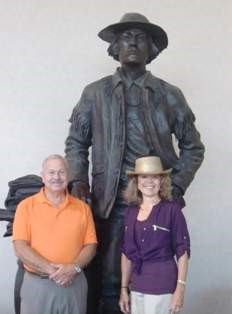 She lives with her husband of 48 years and their Arabian horses in the picturesque hills of Addison Township, Michigan. Catherine loves spoiling her two handsome grandsons and two beautiful granddaughters!