I'm pleased as punch to introduce you to a dear friend and a great writer, Ane Mulligan. If you love humor, you'll love her Chapel Springs Series, and her first turn at historical Women's Fiction is up for the prestigious Carol Awards! So without further ado, here's Ane!

Some books are easier to research than others. Beyond the normal research into the time period, the customs, etc., I will research the town’s topography to get a town map. Depending on what’s available, it’s the main reason I prefer to use a fictional town. I don’t have to worry about someone telling me Joe didn’t have a hardware store on that street. However, I decided to set two of my Georgia Magnolias series books in my hometown, Sugar Hill.

For general research on the Great Depression, I had no problem. But when it came to Sugar Hill, I had plenty. The City of Sugar Hill was incorporated in 1939, nine years after my books take place. There is no official history since Sugar Hill was merely a militia district and part of the county of Gwinnett. 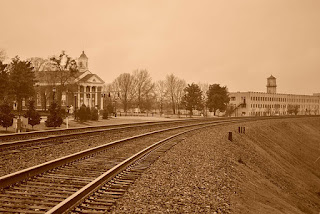 The closest town is Buford. I spent quite a bit of time in the Buford history museum and bought a couple of books, but all the documented history is within Buford. The county documents from the era contain Sugar Hill’s roads and schools, but even there I found different accounts of to where those might have been placed.

The City of Sugar Hill recently placed a historical marker on a piece of land that used to belong to our church (the church burned down in 2000, and the land was subsequently purchased by the city). It states that on this site the Sugar Hill School was built in 1915. But I knew the church’s constitution was written in 1885 and the building was placed in that spot. Now what? Was the school held in the church during the week? Was it attached to the church? Fortunately, I met a woman who knew the school was built on land that became the church’s cemetery. One mystery solved.

Sugar Hill has a book that documents its history since 1939. I wanted to include some of the stores and businesses I knew were there. I only had to discover their location. Again, most of my successful research came from oral stories. I learned about Rocky Venable from his great grandniece. Rocky was a grocer, although by his own confession, it was more of a general store. He carried a little bit of everything from nuts and bolts to bananas to gold mining equipment.

Yes, there were thirteen gold mines in Sugar Hill. By the time of my novels, most were yielding only small amounts, although my heroine, Cora Fitzgerald in On Sugar Hill, gives it a try. Her results were quite dramatic.

Most of the roads in Sugar Hill were dirt, and I learned very few homes had electricity. That came to rural Georgia in the 1950s. That was a gob-smacker. A few people had their homes wired, but they either had money or power. That nugget fit into my story well. But after searching for months, I needed to get the book written.

So, what’s an author to do?

In this case, I talked to residents whose families have lived here for generations. I got the best information I could, but after ninety-one years, several generations have passed. Memories fade or fail. Finally, after exhausting every avenue open to me, I took literary license. I have an author’s note in the book, documenting where and how. That’s about all one can do. I hope you read the author’s notes in historical novels. Many interesting tidbits are revealed within them. 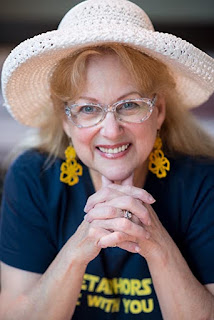 Ane Mulligan has been a voracious reader ever since her mom instilled within her a love of reading at age three, escaping into worlds otherwise unknown. But when Ane saw PETER PAN on stage, she was struck with a fever from which she never recovered—stage fever. She submerged herself in drama through high school and college. One day, her two loves collided, and a bestselling, award-winning novelist emerged. She lives in Sugar Hill, GA, with her artist husband and a rascally Rottweiler. Find Ane on her website, Amazon Author page, Facebook, BookBub, Goodreads, Pinterest, Twitter, and The Write Conversation. 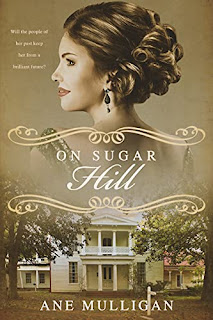 On Sugar Hill
She traded Sugar Hill for Vaudeville. Now she’s back.
The day Cora Fitzgerald turned sixteen, she fled Sugar Hill for the bright lights of Vaudeville, leaving behind her senator-father’s verbal abuse. But just as her career takes off, she’s summoned back home. And everything changes.

The stock market crashes. The senator is dead. Her mother is delusional, and her mute Aunt Clara pens novels that have people talking. Then there’s Boone Robertson, who never knew she was alive back in high school, but now manages to be around whenever she needs help. Will the people of her past keep her from a brilliant future?
Posted by Patty Smith Hall at 12:30 AM