"God was Taking Care of America" 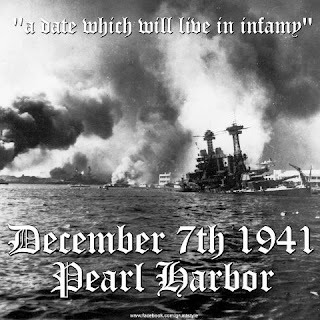 The sight at Pearl Harbor in Honolulu, Hawaii, brought fear and foreboding to every person who gazed upon the twisted metal and debris floating on the dark waters, and ships lying on their sides like beached whales. How could Nimitz say such a thing? Battleships burned in abandonment. Their black ominous smoke spiraling into this once Hawaiian paradise that sported surfers, not submarines!

Throughout history, our forefathers who fought on the battlefields and preached behind America's pulpits displayed a dogmatic optimism that God has a divine interest in America's destiny.

Reverend Samuel West talked about this spiritual aspect during the War for Independence with the British:

"Our cause is so just and good that nothing can prevent our success but only our sins."

This should give every American reading this pause. If our forefathers felt this way in 1776 and in 1941, what would they think of our generation? Samuel West continues: 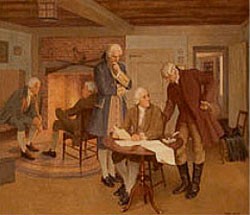 "Could I see a spirit of repentance and reformation prevail throughout the land, I should not have the least apprehension or fear of being brought under the iron rod of slavery, even though all the powers of the globe were combined against us."

Why had Samuel West said, "all the powers of the globe were combined against us"? Unforeseeably he'd predicted the global world wars America would someday fight—and the abhorrent conditions we find ourselves in today.

President Roosevelt assigned Nimitz the job of being Commander-in-Chief of the Pacific Fleet. Admiral Nimitz arrived in Hawaii on Christmas Eve. In Nimitz's book, Reflections of Pearl Harbor, he writes, 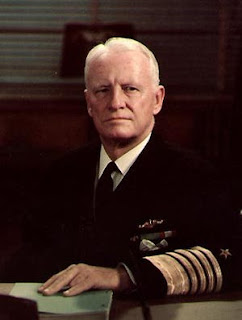 "There was such a spirit of despair, dejection and defeat—you would have thought the Japanese had already won the war. Big sunken battleships and navy vessels cluttered the waters everywhere you looked."

However, God gave Nimitz wisdom to see what others had failed to comprehend—three blessings from God Almighty. Nimitz boldly explains that to the seaman steering him around the rubble:

"Mistake number one: The Japanese attacked Sunday morning. Nine out of every ten crewmen of those ships were ashore on leave. If those same ships had been lured to sea and been sunk—we would have lost 38,000 men instead of 3,800.

“Mistake number two: When the Japanese saw all those battleships lined in a row, they got so carried away sinking those battleships, they never once bombed our dry docks opposite those ships. If they had destroyed our dry docks, we would have had to tow every one of those ships to America to be repaired. As it is now, the ships are in shallow water and can be raised. One tug can pull them over to the dry docks, and we can have them repaired and at sea by the time we could have towed them to America. And I already have crews ashore anxious to man those ships. 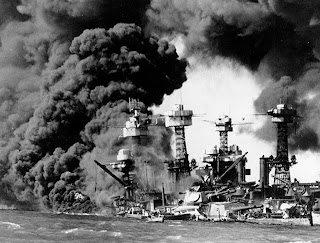 “Mistake number three: Every drop of fuel in the Pacific theater of war is on top of the ground storage tanks five miles away over that hill. One attack plane could have strafed those tanks and destroyed our fuel supply. That’s why I say the Japanese made three of the biggest mistakes an attack force could make, or God was taking care of America."

Throughout our blundering years of existence, God was taking care of America, and "…For everyone to whom much is given, from him much will be required; and to whom much has been committed, of him they will ask the more." Luke 12:48

Throughout history, God bestowed upon America strong Christian leaders to steer our course through the channels of wars, pestilences, and economic disasters. Our leaders have reverently knelt before God, praying for His guidance.

"And though," West said in his Boston sermon in 1776, "I confess that the irreligion and profaneness which fare so common among us gives something of a damp to my spirits, yet I cannot help hoping, and even believing, that Providence has designed this continent for to be the asylum of liberty and true religion." 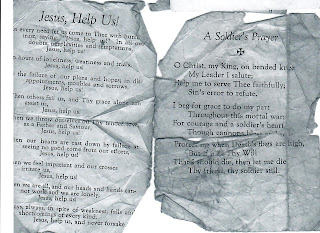 We need God's hedge of protection (spoken in Job 1:10), His favor and blessings have proven essential for a prosperous survival—catastrophic for a person or a nation if God withdraws His blessings.

Lamentation 4:1-12 tells how God withdrew his blessings on His chosen people and poured out His fierce anger on them because of their sins and iniquities.

West and Nimitz believed, and many others continue to believe, God has designed this country to be an asylum, a beacon of light, a shining city upon a hill for liberty and for the true religion to shine its light throughout the world to see. 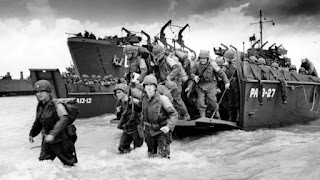 As stated on February 5, 2020, by the Washington Post, the word Nazi is short for National Socialist. Yes, Hitler and his henchmen were all socialists.

Are you willing to pray with me with fear and trembling, that God will steer us through the rough waters of this new presidency? Pray we cherish the value of freedom over monetary compensation.

West's words live on today, "Our cause is so just and good that nothing can prevent our success but only our sins."

Our hope is found in 2 Chronicles 7:14 states: "…if My people who are called by My name will humble themselves, and pray and seek My face, and turn from their wicked ways, then I will hear from heaven, and will forgive their sin and heal their land."

Will God continue to take care of America if we continue to disobey Him? Candles were lit and people fasted and prayed during World War II—how many Christians can you get to pray? 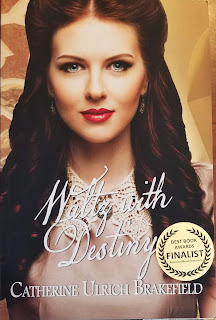 The Japanese bombers came like a horde of locusts through Kolekole Pass, changing the destiny of every American. Guys like Eric Erhardt could not accept the deferment his boss offered him. "We aren't cut out to hide beneath a bush. It's not in our makeup. With God's help, we'll come out of this better Americans." A story-book romance swirls into a rendezvous with destiny…

"Waltz with Destiny is the crown jewel of the Destiny series!

Brakefield brings 1940s Detroit to life, along with the WWII battlefields of Italy… I love Brakefield's vivid writing which keeps the book unfolding like a big-screen movie. I highly recommend the book to anyone who enjoys history, romance, or suspense." Kathleen Rouser, award-winning author of Rumors and Promises; Secrets and Wishes 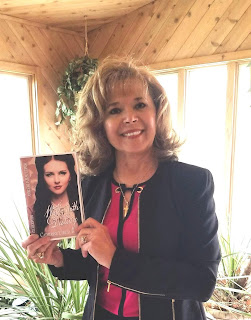