Did the First Great Awakening ignite more than a spiritual passion for Christ Jesus? Did it also awaken a fervor for a nation not yet created that would coexist without a king or queen—a nation for God? 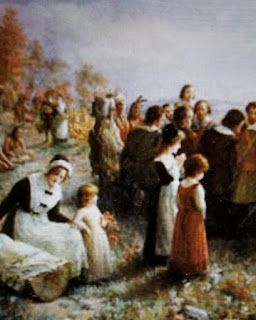 The Puritans who left England in 1630 did not leave their ancestral home and property to brave the stormy Atlantic for financial gain, prestige, or success. They carried a heavier burden. One they could never shrug off. The vision of a better tomorrow for their children, their grandchildren, and their hope to be a beacon of light, an example to the world of how a Christian should behave and live. It was a vision higher than the stars, chosen for a cause they could have never conceived.

"A model of Christian charity," said Governor John Winthrop of the Massachusetts Bay Colony. In one of his speeches, he summed up their mission with a reading from Matthew 5:14,16 “Ye are the light of the world. A city that is set on an hill cannot be hid…Let your light so shine before men, that they may see your good works and glorify your Father which is in heaven." (KJ) 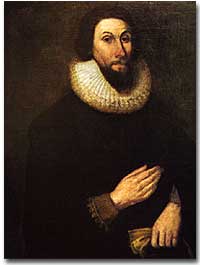 His eyes sparkled with excitement. ""We shall be as a city upon a hill, the eyes of all people are upon us."   Winthrop's immortal words have lived on throughout the ages inspiring presidents, statesmen, and the American Dream.

By the late 1700s, many preachers witnessed the sudden upheaval of their congregations’ indifference from being a beacon of Christian light—to a social club. Preachers began reemphasizing Calvinism beliefs, which is a theology that was introduced by John Calvin in the 16th century, stressing the scripture, faith, predestination, and the grace of God.

Then in 1749 Jonathan Edwards, in his plain no-nonsense tongue, spoke in a way every person could understand, denouncing the belief of many that stated good works or church attendance might save a soul.

Edwards boldly denounced this and exclaimed that "God was an angry judge, and humans were sinners!" His strong conviction had people flocking to listen—and this sparked what became known as the Great Awakening in the American colonies. 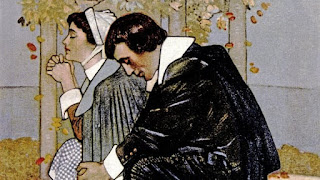 One of his emotional sermons, titled "Sinners in the Hands of an Angry God," turned man, woman, and child toward God. The truth of his words fell upon fertile soil and inspired hundreds of conversions, documented in a book titled, Narratives of Surprising Conversions.

This spiritual flame grew brighter when George Whitefield, a minister from Britain, toured the colonies and preached up and down the Atlantic coast. He covered 5,000 miles and peached over 350 times! People gathered by the thousands to hear him. 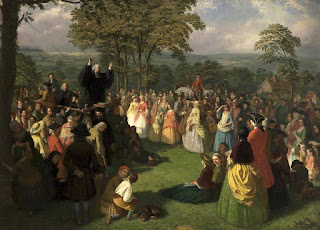 "…as I drew nearer it seemed like a steady stream of horses and their riders, scarcely a horse more than his length behind another, all of a lather and foam with sweat, their breath rolling out of their nostrils in the cloud of dust every jump; every horse seemed to go with all his might to carry his rider to hear news from heaven for the saving of Souls…"

Religious skeptic Benjamin Franklin listened intently to one of Whitefield's sermons and soon he and Franklin became fast friends. 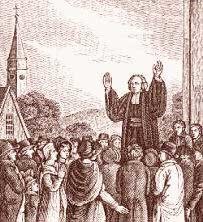 Here are the major themes of the First Great Awakening:

All people are born sinners. Sin without salvation will send a person to hell. All people can be saved if they confess their sins to God, seek forgiveness, and accept God's grace. All people can have a direct and emotional connection with God. Religion shouldn't be formal and institutionalized, but rather casual and personal.

Before the Great Awakening, ministers represented the upper class, and these plain-talking faiths that emerged were more democratic, the message being of greater equality. The Great Awakening was "national," and one that all the colonies shared. This helped to break down the differences between them.

Not so with England. America and their cousins across the crystal blue seas became further divided. The revival in America broke the social order of church hierarchy and focused on the individual.

Free, bondservant, or slave; men, women, and children filled with the Holy Spirit spoke freely about God's grace to one another and shared how He had changed their lives. Christ was personal and real; He shared their lives, dreams, and future—and this new faith gave them hope of a brighter future amidst the oppressive taxes of King George.

As John Adams later said, "The Revolution was effected before the war commenced. The Revolution was in the minds and hearts of the people; a change in their religious sentiments of their duties and obligations."

Thomas Paine wrote his pamphlet, Common Sense, in plain talk. Like Edwards and Whitefield, Paine sought to have his message read and understood. Paine said, "It was a kind of secular sermon, an extraordinarily adroit mingling of religion and politics."

John Winthrop promised that the Massachusetts Bay Colony would be like "a city upon a hill," but it took the First Great Awakening to open the floodgates of Christ's outpouring of His Holy Spirit that enabled the American colonists to believe in Christ's forgiveness of sins and have a personal relationship to believe God's promises. They began to see themselves as chosen for a greater cause.

The First Great Awakening provided the colonists their revolutionary ideology—they wanted no king or queen on their throne—only the God they trusted for life, liberty, and eternity would do.

Our fathers' God to Thee,

To Thee we sing.
Long may our land be bright,
With freedom's holy light,
Protect us by Thy might,
Great God our King!

Get whisked into the lives of the McConnell women in this historical Christian fiction series by Catherine Ulrich Brakefield. Follow these strong women from the days of the Civil War through the epic battle with Hitler. Discover what has inspired readers all across the world as these four books are brought together as a set for the first time.

"The message of the Destiny series is even more applicable to today than when it first released. Praying for America’s repentance and to embrace God like never before." Debra B. 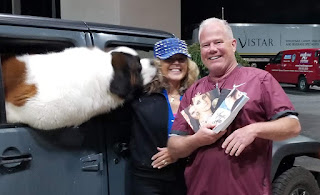 “My readers inspire my writing!”

She is a longtime Michigan resident. Catherine lives with her husband of 45 years, has two adult children, and has four grandchildren.

U.S. History Massachusetts Bay — "The City Upon a Hill"

https://allthingsliberty.com/2016/08/great-awakening-american-revolution/
Posted by Catherine Ulrich Brakefield at 1:30 AM