Fall festivals have their origins in pagan times. Known as Harvest Festival, it’s one of the oldest and most traditional festivals, taking place at the time of the Harvest Moon or when the harvest is over.

In Sugar Hill, Georgia, where I live, we’re at the edge of agriculture and city. Our festival, called Sugar Rush (isn’t that a great name?) is a time to gather downtown to celebrate Fall. It includes street vendors, food, and our volunteer groups, like the Women’s Club, host booths. You can bob for apples, indulge in face painting, try various crafts, listen to live music, and wander through a car show.

Players Guild, the theatre troupe of which I’m Artistic Director, provided street actors handing out cards about our upcoming holiday play. We had a booth complete with props, including a skeleton dressed in a cloak. 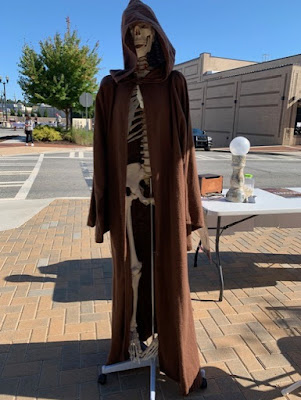 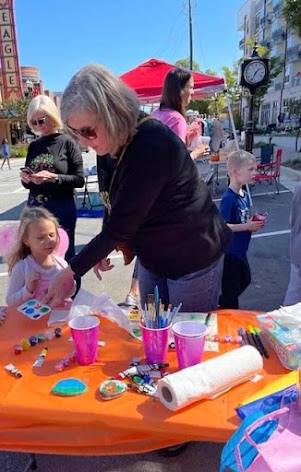 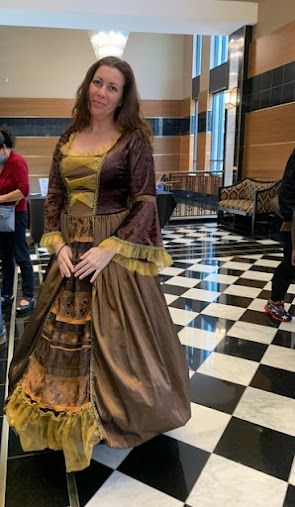 Prior to Victorian times, farmers would lay on a harvest feast, where a corn dolly might be given a place of honor and hung up in hope of a good harvest the following year. Long-ago, Anglo-Saxon farmers believed the last sheaf of corn contained its spirit, and it would be sacrificed along with a hare usually found hiding in the field. A model of the hare was then made-up using corn – and evolved to the dolly, said to represent the goddess or spirit of the grain.

Some harvesters felt it was bad luck to cut the last stalk of corn standing. Farms would compete, racing to finish first. Sometimes, reapers would take turns to be blindfolded and sweep a scythe back and forth to finish. I wouldn’t want to be near anyone blindfolded and wielding a scythe, would you? 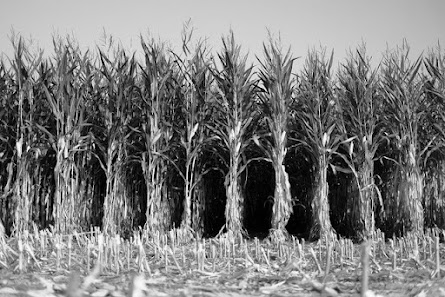 Our traditional turkey wasn’t on harvest tables in the past. Michaelmas Day, celebrated at the end of the harvest on September 29th, became a religious feast in the Middle Ages. The main dish was goose, which they believed would bring financial protection for the coming year.

In America, we’ve all studied the first thanksgiving celebrated by the Pilgrims in 1621. Turkey wasn’t on the menu either – instead the feast included goose, lobster, fish, and deer. While the early colonists hunted wild turkeys, it wasn’t until after Thanksgiving was declared a national holiday in 1863 that turkey became a traditional choice.

Now it’s your turn. What’s your favorite part or tradition at Fall Festivals?
********* 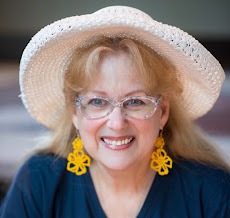 Ane Mulligan has been a voracious reader ever since her mom instilled within her a love of reading at age three, escaping into worlds otherwise unknown. But when Ane saw Mary Martin in PETER PAN, she was struck with a fever from which she never recovered—stage fever. She submerged herself in drama through high school and college. Years later, her two loves collided, and a bestselling, award-winning novelist emerged. She resides in Sugar Hill, GA, with her artist husband and a rascally Rottweiler. Find Ane on her website, Amazon Author page, Facebook, Twitter, Instagram, Pinterest and The Write Conversation.
********* 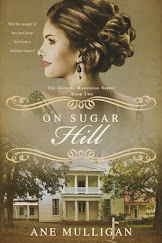 She traded Sugar Hill for Vaudeville. Now she’s back.

The day Cora Fitzgerald turned sixteen, she fled Sugar Hill for the bright lights of Vaudeville, leaving behind her senator-father’s verbal abuse. But just as her career takes off, she’s summoned back home. And everything changes.

The stock market crashes. The senator is dead. Her mother is delusional, and her mute Aunt Clara pens novels that have people talking. Then there’s Boone Robertson, who never knew she was alive back in high school, but now manages to be around whenever she needs help.

Will the people of her past keep her from a brilliant future?
Posted by Cindy K. Stewart at 12:30 AM