The History of the Canadian Flag 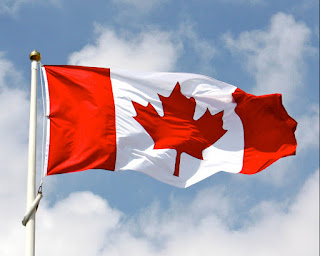 As a six-year-old in 1965, I tootled off to my first day of Grade One at a school which proudly flew a brand-new Canadian flag. The red maple leaf and red borders on a white background which now easily identifies us to the world, is relatively young. Prior to January of that year, Canada’s official national flag was still the Union Jack, the United Kingdom’s Royal Union Flag. 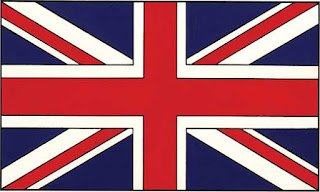 In addition, various and evolving Canadian ensigns were flown—all with the Union Jack appearing predominantly. 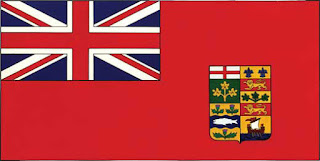 The evolution of Canada’s flag was slow and arduous. While attempts were made throughout the early twentieth century to create a unique flag for our country, efforts were resisted. Following World War II, many who had fought alongside the British under the Union Jack were opposed to change. Prime Ministers were hesitant to create political divisiveness or offend veterans who had fought so valiantly and who were attached to the old flag.

Then, during the Suez Crisis in 1956, Egypt was invaded by Israel, France, and the United Kingdom. Canadian troops were sent to Egypt as United Nations peacekeepers. When they flew the Canadian Red Ensign, which incorporated the Union Jack, the Egyptians saw our flag as British. It was time for a distinctive Canadian national flag.

When Lester B. Pearson was elected Prime Minister in 1963, he promised to unveil a new national flag in time for Canada’s centennial celebrations in 1967. The “Pearson Pennant” was proposed. It featured a sprig of 3 red maple leaves on a white background bordered by two blue stripes. Thus began “the great flag debate” in parliament. A committee was formed, and numerous designs were put forward. 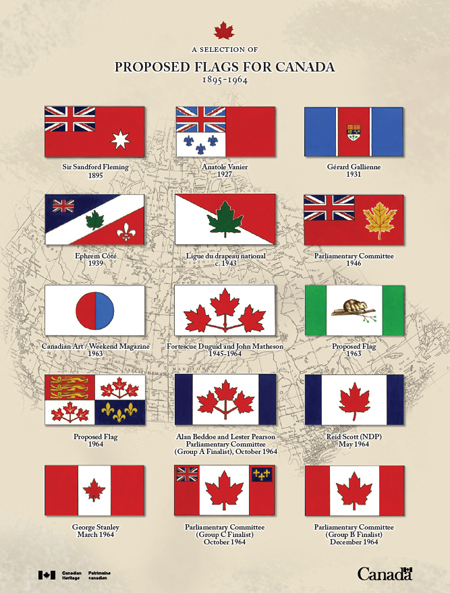 The committee short-listed the entries to three, then chose the design by George Stanley, Dean of Arts at the Royal Military College in Kingston, Ontario: a single red maple leaf with two red borders on a white background.

On January 28, 1965, Queen Elizabeth II proclaimed the new maple leaf flag official, and it was inaugurated on February 15. At noon, the old ensign was lowered and the new national flag of Canada was hoisted. Prime Minister Pearson spoke. “May the land over which this new flag flies remain united in freedom and justice … sensitive, tolerant and compassionate towards all.” The National Film Board of Canada recorded the event, and it can be viewed HERE.

At the World’s Fair in Montreal in 1967, the year of Canada’s 100th birthday, our new flag was showcased to the world.

From soup explosions to fearsome medical procedures, from the stories behind our favorite Christmas carols to meeting a first grandchild, Terrie Todd’s popular “Faith and Humor” column has been encouraging and amusing readers of The Graphic Leader for ten years. This book celebrates a decade of wit and wisdom found in Terrie’s hand-picked favorites. Arranged by category, Out of My Mind could be called a weirdly out-of-order memoir of a life in which faith and humor dwell hand in hand. Categories include: Faith, Marriage & Family, The Writing Life, Health & Fitness, Easter, Mother’s & Father’s Day, Thanksgiving, Remembrance Day, Christmas. Out of My Mind makes a great gift for any occasion...provided they don't mind the Canadian spelling!


Terrie Todd is the award-winning author of The Silver Suitcase,

Maggie’s War, Bleak Landing, and the recently released Rose Among Thornes. Her fifth novel, The Last Piece, releases November 16, 2021. Terrie is represented by Mary DeMuth of Books & Such Literary Agency. She lives with her husband, Jon, in Portage la Prairie, Manitoba, Canada where they raised their three children and where her novels are set. They are grandparents to five boys.