What do Horses, Arguments, and Stonehenge Have in Common? (Wild West Sayings We Use Today)

Welcome back for more fun with words. New around here? All you need is to a) enjoy history and b) love words, and you'll fit right in. One of the sayings we'll study today touched on research I did for a blog post. I think you'll enjoy reading about Sam Hill. So pull up a chair and sit a spell as we discover more Wild West sayings we use today. 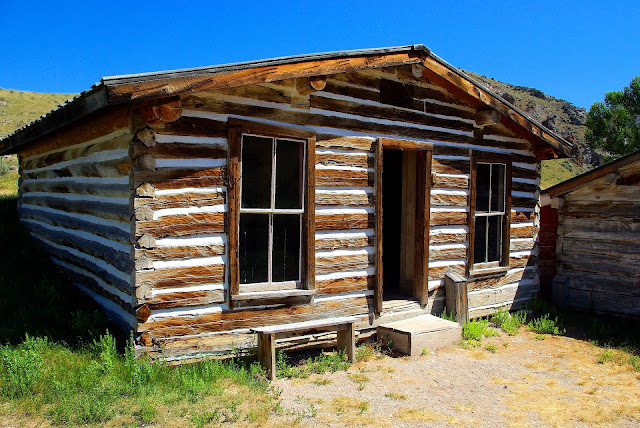 Rode Hard and Put Away Wet

This quaint expression refers to horseback riding. A horse that works up a sweat after running needs to cool down before resting. If stabled without being walked and brushed, the horse can suffer chills, stiffness, and lameness—resulting in resentment and ill-temper. It’s not hard to imagine how the term, ‘rode hard and put away wet’ broadened to include people who look rough, weary, sickly, and out of sorts, possibly due to abuse or neglect. The phrase might describe a particular incident (a bad night) or a long-term condition (having lived a hard life).

Historical Reference: The exact origins of this phrase are uncertain, but it most likely originated in the American South. Use of the past form of a verb as a past participle (‘been rode’ rather than ‘been ridden’) points to the South’s linguistic connection to Scotland.

Example: After digging ditches all day, Henry looks like he’s been rode hard and put away wet.

Today, as in the Wild West, we consider a noisy uproar or an argument a ‘ruckus.’

Historical Reference: The “Cherokee Advocate,” an Oklahoma newspaper, included a variant spelling in the February 24th, 1882 edition: “It is but right that they should know how the matter stands, and have fair warning to avoid a ‘pending’ rucus of some sort.”
Note: Other spellings (rookus, rukus and rucus) may hint at the way this word was pronounced in various parts of America.
Ruckus is an American term with uncertain origins. The word most likely evolved from blending ‘rumpus’ (a playful commotion) and ‘ruction’ (a disorderly tumult), but other theories exist. Ruckus may have derived from ‘rook,’ a Scottish word for a quarrel or uproar that dates from at least 1808. Another idea is that ‘ruck,’ a British rugby play, birthed ‘ruckus.’

What in the Sam Hill…

Substituting ‘Sam Hill’ for a four-letter word beginning with ‘h,’ this phrase has various endings: "…just happened?”; “…do you think you’re doing?”; and so forth. This idiom was used more in the 1800s than today, but it is still known, and I couldn’t resist including it.
Historical Reference: According to the Oxford English Dictionary, on Aug. 1, 1839, the Havana, New York, Republican newspaper carried this line: "What in sam hill is that feller ballin' about?" This is the first known print citation for our phrase.
Various stories about the origin of 'What in the Sam Hill' include one Colonel Samuel Hill who consistently ran for office in Connecticut. However, no other records have turned up to confirm his existence. However, other names have been bandied about. Samuel Ewing Hill, an adjutant general from Kentucky investigated the feud between the Hatfields and McCoys in 1887. Mystified reporters wanted to know what in the Sam Hill was going on. H.L. Mencken, an American journalist and scholar, posed that the phrase derived from 'Samiel,' the devil's name in the opera, "Der Freischutz" (1825). A surveyor by the name of Sam Hill who lived between 1819 and 1889 is noted as liberally sprinkling his speech with cuss words. Folks who quoted him in more polite society had to substitute 'sam hill' for his colorful epithets. Another idea is that Sam Hill never existed as a person at all. I have by no means exhausted the possibilities, but you get the picture.
My own opinion of the origins of our expression came about because of a road trip I took with my husband. Little did I know that it would turned into a voyage of discovery, complete with an epiphany. You can read about my experience in When Dreams Don’t Make Sense at my website. This was when I met Samuel Hill, American lawyer, businessman, and railroad executive. I use 'met' euphemistically, because this Sam Hill lived between 1857 and 1931, which means he left this world before I entered it. We can blame it on my being a historical fiction author, but the historical figures I study often become so real that it seems I know them. But I digress.
The Sam Hill I discovered in my travels is only one of the characters recognized (or blamed, as the case may be) for the saying in question. Let me explain why I can’t imagine it originating with anyone else.
Sam Hill had a knack for creating things that made sense in his own mind but often left others baffled. He envisioned the ‘Promised Land,' a farming utopia in a part of Washington state that was so arid it was almost a desert. Undeterred by criticism that his vision was impractical, he bought 7,000 acres of arid land in the Columbia Gorge. Sam built an expansive mansion overlooking the Columbia River and named it Maryhill after his daughter, Mary. He founded a town by the same name and invited some Quaker farmers to settle it.
No one came.
After the town burned in a fire, Sam abandoned the Maryhill mansion. The building stands today, a solid concrete behemoth that appears sturdy enough to withstand a nuclear blast. Go inside for a small fee, like I did, and lose yourself in extensive collections of art. Sam dedicated his abandoned home to artistic endeavors, a fate that strikes me as appropriate for the remnant of a broken dream.
Arguably the oddest of Sam Hill’s projects is the miniature Stonehenge replica he erected a short distance from Maryhill. It still stands. That's right. You can come to Washington state and see Stonehenge, at least in miniature. Visiting the memorial can be a windy prospect but well worth the trouble. I found the experience moving. Sam Hill built his Stonehenge to commemorate the brave souls who lost their lives in World War I. He also meant it to protest war in general. But, why Stonehenge?
I mean, doesn't every war protestor recreate an ancient megalith? Maybe not. This is where we gain a glimpse into Sam Hill's thinking. You see, he traveled to the original Stonehenge in 1915. There he learned that the Britons once used the site for "bloody sacrifices to their heathen gods of war." Struck by this, Sam decided that his replica would be a reminder that "humanity is still being sacrificed to the god of war." His logic is impeccable, if not immediately accessible to most people. I’m sure Sam Hill's Stonehenge came across as another anomaly from a man with too much money.
We can’t speak of the curiosities Sam Hill introduced to a puzzled world without mentioning that he also built the Cascade Highway. This feat of construction benefited farmers in particular. It removed from them the burden of navigating their carts along muddy roads. Not too shabby for a misunderstood man people laughed at. At the Stonehenge Memorial, if you look down the hill to the banks of the Columbia, you'll notice a farm. Modern irrigation practices have made Sam Hill's dream possible. Perhaps it is justice that ‘What in the Sam Hill…’ is fading into memory.
Example: “What in the Sam Hill was that about?”

Can you relate to Sam Hill's quirky mindset or does it baffle you?

Like perhaps many of you, I struggle with events in our world today. My reaction doesn't change my deadlines as an author, but being forced to focus on writing has turned into a blessing. I think of what Solomon wrote in Ecclesiastis 2:24: "There is nothing better for a man than that he should eat and drink, and make his soul enjoy good in his labor. This also I saw, that it is from the hand of God" (World English Bible). I had to recommit myself to work diligently at the tasks to which I am called, refusing to be pulled aside by temporal worries.
Let us place our unwavering trust in God, who loves us all.
Learn more about Janalyn Voigt. 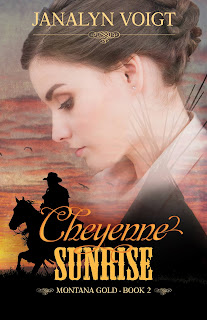 I'm delighted to announce that Cheyenne Sunrise is now available as an audiobook. Cheyenne Sunrise, book two in the Montana Gold series, joins Hills of Nevermore, book one, which released in audio format last year.

Can a woman with no faith in men learn to trust the half-Cheyenne trail guide determined to protect her?

Based on actual historical events during a time of unrest in America, Cheyenne Sunrise explores faith, love, and courage in the Wild West.
Beautiful narration melds seamlessly with lyrical writing to produce an immersive listening experience. Lose yourself in the romance. You won't want the story to end.
Claim your Cheyenne Sunrise audiobook.
(No Audible subscription? You can listen to Cheyenne Sunrise with a free Audible trial.)
Posted by Janalyn Voigt, escape into creative worlds of fiction. at 3:01 AM