The History of Keys and Locks

Keys and locks are manufactured all over the world in different shapes and sizes. We use them for our homes, some cars, safes, keepsake boxes and more. 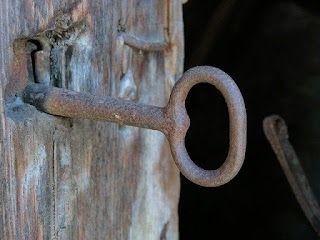 Keys and locks were first invented in ancient Babylon and Egypt about six thousand years ago. These wooden locks were called pin tumbler locks. A post was affixed to the door, and a heavy key was inserted in the bolt to lift the wooden pins out of the holes and open the lock. The keys were made of wood which would crack, and the keys were also bulky and heavy. Examples of these types of locks were first found in the ruins of the biblical city of Nineveh. These locks and keys dated back to 704 BC.

The next change in locks and keys came from Rome. Inventors changed them to brass or iron. This made them much sturdier, and the keys were much lighter to carry. The most popular form of key was the "skeleton key" we still see in vintage stores. Some companies are using this key to create newer locks today for shoppers who like the history, shape, and size of the key. The original "skeleton key" design was used for seventeen centuries. This type of key was also used for some houses constructed before 1940. 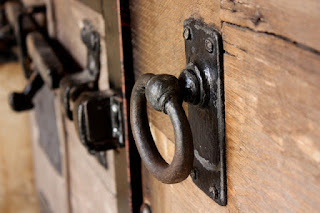 In 1778, Robert Barron received approval for his patent on a more secure lock, but researchers were still not satisfied with its effectiveness and forged ahead to find an even better one. In 1784, Joseph Bramah improved Robert Barron's lock and made it much more secure. He was so proud of his design, that he offered money to any locksmith who could pick it. Many locksmiths tried and failed, until the Great Exhibition in 1851 where Alfred Hobbs from America picked the lock.

In 1873, James Sargent invented the time lock, where the lock would open at a set time. Now, we have many types of locks and keys for many uses. 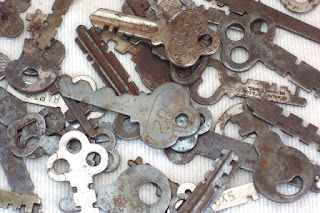 I hope you've enjoyed learning with me about locks and keys, today.

MAGDELENA'S CHOICE releases Jan. 25, 2022!   For a complete list of Molly's books and where she'll speak next, visit: http://www.mollyjebber.com