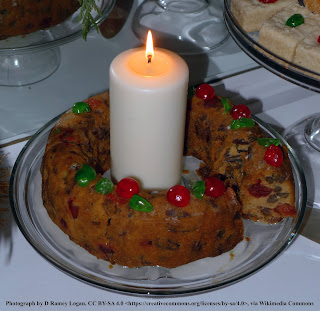 Seriously? A special day and a WHOLE month for fruitcake?

Yep. Who knew the controversial dessert was so popular? Anything but a passing fad, it has a long history dating back to Ancient Rome all the way up to the annual Great Fruitcake Toss in Manitou Springs, Colorado. 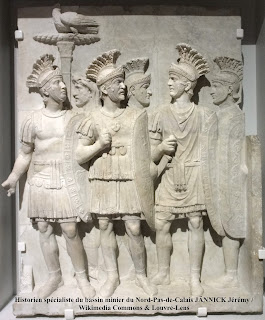 Roman soldiers took a fruitcake-type food into battle, or at least to the battlefield, because the treat was easy to carry and lasted so long. In Shakespearean times, fruitcake also included meat. But because of all the sugar, fruitcake was thought to be too good and considered sinful, and therefore outlawed on much of the European continent in the 18th century. 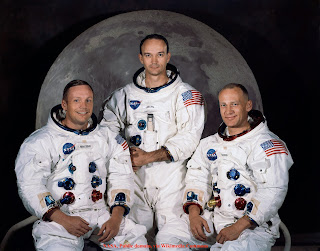 In 1969, Neil Armstrong, Buzz Aldrin, and Michael Collins took a fruitcake to the moon on the Apollo 11 space mission. However, they didn’t eat it. That fruitcake is on display at the Smithsonian Air and Space Museum in Washington, D.C. Of all the things that could be taken into space, why fruitcake? 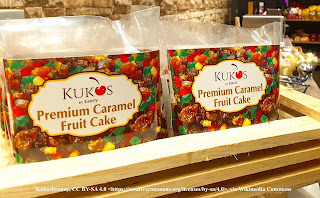 Someone born after 1913, who didn’t want to bake their own fruitcake, was fortunate to live in the modern age of mail-order. That’s when fruitcakes began zipping through the US mail.

Manitou Springs, Colorado, has hosted the Great Fruitcake Toss in early January since 1995. “We encourage the use of recycled fruitcakes,” says Leslie Lewis of the Manitou Springs Chamber of Commerce. “The all-time Great Fruitcake Toss record is 1,420 feet, set in January 2007 by a group of eight Boeing engineers who built the ‘Omega 380,’ a mock artillery piece fueled by compressed air pumped by an exercise bike.” If you don't have a fruitcake, you can “rent” one to toss.

There are a whole host of countries who have had fruitcake in some form dating back centuries. The ingredients have changed down through the ages and from continent to continent. Fruitcake varies in color from very pale to almost black.

In the US, fruitcake is associated with Christmas, but around the world and throughout history it has been not only for Christmas, but as a traditional wedding cake, for Easter, Halloween, New Years, as well as a year ‘round treat. Did I just call fruitcake a treat? 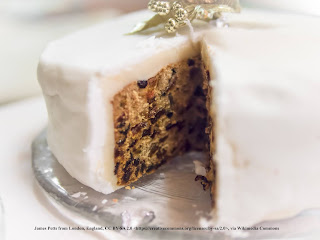 Some countries call it fruitcake, others simply call it cake, plum cake, or a sweet bread. Many nations have their own special name for them; Pan de Pascua, Stollen, Brambrack, Panforte, Bolo Rei, and Cozonac to name a few.

The method of preserving fruit by soaking it in successively greater concentrations of heated sugar has been know to cultures such as Ancient China and Ancient Mesopotamia. By the early 19th century, the typical fruitcake recipe was heavy with candied fruit such as citrus peel, pineapples, plums, dates, pears, and cherries. 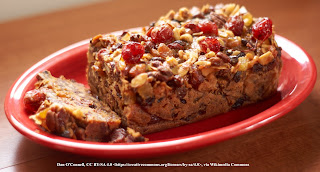 To lengthen the shelf life of a fruitcake, one need only to wrap the cake in an alcohol soaked linen before storing. A family in Tecumseh, Michigan has done just this. Their heirloom fruitcake was baked in 1878. Fruitcake was often made to be eaten the following year. That’s one way to get a jump-start on holiday baking. Some claim that “aged” fruitcake tastes better. Hmm. In 2003, Jay Leno sampled the 125-year-old Michigan fruitcake on The Tonight Show. I don’t think I would be that brave.

In 2017, the Antarctic Heritage Trust discovered a 106-year-old fruitcake, described as being in “excellent condition” and “almost” edible. I wonder what the qualifications are for condition and edibility. Did someone taste it to figure out it was safe to eat? Some would likely say that fresh-out-of-the-oven fruitcakes aren’t edible. 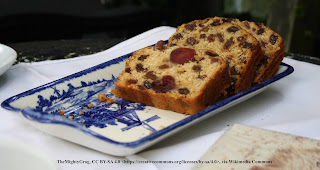 MARY DAVIS, bestselling, award-winning novelist, has over thirty titles in both historical and contemporary themes. Her latest release is THE DÉBUTANTE'S SECRET (Quilting Circle 4) THE DAMSEL’S INTENT (Quilting Circle 3) is a Selah Award Winner. Some of her other recent titles include; The Widow’s Plight, The Daughter's Predicament, “Zola’s Cross-Country Adventure” in The MISSAdventure Brides Collection , Prodigal Daughters Amish series, "Holly and Ivy" in A Bouquet of Brides Collection, and "Bygones" in Thimbles and Threads. She's an ACFW member and active in critique groups.
Mary lives in the Pacific Northwest with her husband of thirty-seven years and one cat. She has three adult children and three incredibly adorable grandchildren.