Christmas affects millions of people and the profits of many different industries. Most stores make a fourth of their sales for the entire year during the Christmas season. 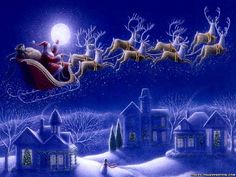 Considering that Christmas is only one day out of 365, this is remarkable. The Christmas card industry, the Christmas tree industry, and the thousands of people who work all year long manufacturing lights, ornaments, and tinsel to decorate Christmas trees, homes, and stores all owe their livelihood to Christmas.

"Is it not that, in the chain of human events, the birthday of the nation is indissolubly linked with the birthday of the Savior? That it forms a leading event in the progress of the gospel dispensation? Is it not that the Declaration of Independence first organized the social compact of the foundation of the Redeemer's mission upon the earth? That it laid the cornerstone of human government upon the first precepts of Christianity and gave to the world the first irrevocable pledge of the fulfillment of the prophecies, announced directly from Heaven at the birth of the Savior and predicted by the greatest of the Hebrew prophets six hundred years before?"

There is no doubt that the birth of our Lord and Savior, Christ Jesus, gave hope to the shepherds in the fields, the carpenter, and the merchants.

Fifty-five men, consisting of farmers, shopkeepers, and lawyers published to the world “A Declaration” to proclaim the people of the thirteen United Colonies as one people, and to dissolve the political bands that connected them to the people of Great Britain.

This small group of patriots knew their lives and livelihood stood in peril, but they desired their God-given rights more.

For the first time in history, a nation would evolve that cared about the opinions of mankind. Six years of cruel, merciless war tested the grit and determination of the idea of birthing a nation that would have no king on the throne but God. John Quincy Adams goes on to tell his fellow Americans:

"By the signature of the Preliminary Articles of Peace, on 30th day of November 1782, their warfare was accomplished, and the Spirit of the Lord, with a voice reaching to the latest of future ages, might have exclaimed, like the sublime prophet of Israel,‘—Comfort ye, comfort ye my people, saith your God.’"

Adams brings out the fact that though the birth of a new nation had arisen, and to us it was only of a historical interest, the separation was painful. Our forefathers once had gloried in being Britons, for it was a passport of honor throughout the civilized world. This they had discarded for a name unknown; their fame and the birth of this new nation would be by their own exploits and wisdom. Adams recited Isaiah 66:8 "Who hath heard such a thing? who hath seen such things? Shall the earth be made to bring forth in one day? or shall a nation be born at once?" We are the recipients of the Christian opportunities we inherited in this land of the free and the home of the brave. Our opportunities lie at our doorstep like the tinsel and lights that decorate our homes and the nativity scenes that grace our lawns. The Christmas trees inside, shine out to us of our moral obligation and responsibilities to those who brought this Nation forth.

It is upon our shoulders now; America cannot exist, as Adams put it, without "the moral, political, and intellectual character of the present generation—of yourselves."

Freedom of religion, life, liberty, and the pursuit of happiness some might declare have not completely been accomplished. To witness the truth, however, you have only look to other countries. For example, Cuba struggling beneath the bondage of Communism. As one Cuban American put it, "This is the only country in the world where everybody is dying to come in."

As Adams said so eloquently:

"The feeble light of reason is often at a loss to discover the coincidence between the laws of eternal justice, and the decrees of fortune or of fate in the affairs of men. In the corrupted currents of this world, not only is the race not always to the swift, nor the battle to the strong, (Ecclesiastes 9:11) but the heart is often wrung with anguish at the sight of the just man that perisheth in his righteousness, and of the wicked man that prolongeth his life in his wickedness. (Ecclesiastes 7:15)”

How did our forefathers know that American evangelists would circle the globe with the Good News about our Lord and Savior, Christ Jesus? That America would be the most generous nation in the world?

The wealth and prosperity of the United States of America is beyond the expectations of our forefathers’ dreams. They could have never dreamt America would stretch from sea to shining sea, nor become more prosperous than Great Britain and the envy of other countries.

When your church bells ring out loud and clear this Christmas, cherish those gifts you were born with and embrace your obligations. You were born here for a purpose; don't forget it! Count your blessings one by one, and praise your Savior, Christ Jesus, who gave hope in the hearts of your forefathers who formed the idea of a nation—of the people, by the people, and for the people.

Remember with reverence your inherited Christmas obligation—the Declaration of Independence started the social compact of the foundation of the Redeemer's mission upon the earth.

Destiny Four Book Series: Swept into Destiny, Destiny's Whirlwind, Destiny of Heart, Waltz with Destiny, Get whisked into the lives of the McConnell women in this historical Christian fiction series by Catherine Ulrich Brakefield. Follow these strong women from the days of the Civil War through the epic battle with Hitler. Discover what has inspired readers all across the world as these four books are brought together as a set for the first time. "The message of the Destiny series is even more applicable to today than when it first released. Praying for America’s repentance and to embrace God like never before." Debra B. 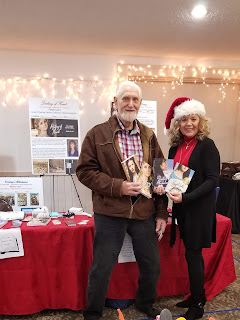 Catherine lives with her husband of 49 years, has two adult children, and has four grandchildren.

See https:www.CatherineUlrichBrakefield.com for more information about her books.