Just a little background about me, I tend to be a perfectionist and am forever trying to add or change things to make them better. The unfortunate side of being creative in this respect is not always positive. Often my attempts fail, and my life ends up resembling an old episode of I Love Lucy.

I've been married to my high school sweetheart for over forty years. We both love history and whenever we get the chance we like to combine our vacations and or road trips to learn new things. 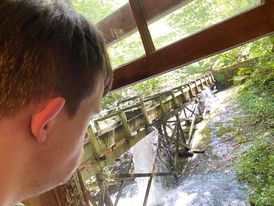 We have three adult sons, one with Down Syndrome, and share a passion for encouraging other families with special needs. If you would indulge me, I’d like to share a little bit about our special son, Zachary.
I like order. I like to plan. I want to know what is expected of me, and I’m not fond of surprises. I even planned to have three children, and they would be spaced precisely three years apart. So, after struggling with secondary infertility for years, when I finally gave birth to my second son when my oldest was ten, it was one of the happiest days of my life. The next day, also my thirty-third birthday, my world was turned upside down when the doctor informed me that my son had Down Syndrome.As we struggled to learn how to care for Zach, a third son, Micah entered our family less than twelve and one-half months after Zach’s birth. Micah would become Zach’s protector, encourager, and spokesperson. When they were three and four, I took Zachary to the pediatrician for what I thought might be an ear infection. Instead, Micah proceeded to give the doctor a rundown on all of Zach’s health issues and even told him that he had swallowed a quarter a few months earlier. The pediatrician said with a smile that Zach would never need to talk as long as he had Micah.
Zach did well to reach his physical milestones on schedule and in some cases ahead of schedule, but then autistic characteristics developed, and for the most part, he was considered nonverbal.
It was and is amazing how many friends Zachary has. Of course, in the early years, one expects some parallel play, but it was as though the children didn’t notice that he didn’t speak. We had many phone calls from one little girl who would leave messages saying, ‘Zach, call me back.’
We were fortunate that toilet training was not an issue. However, when Zachary went into the restroom, he would often look in the other children’s personal belongings and change into their clothes. One teacher especially enjoyed the day that he switched into a rainbow-bright t-shirt. Sometimes people are hesitant to laugh and enjoy moments like this when a child has special needs. However, when the parents know that you love and care for their child, I assure you that they will value a shared memory the same as any other typical kid.

Super Zach
When Zachary was entering first grade, we relocated. At that time, he was obsessed with Superman and come home from school put on his older brother's t-shirts and stuff his clothes with towels to create the appearance of muscles. Zach also liked to climb trees, and when I returned home from work in the afternoon, I would often find him waiting for me in the tree in his self-made, superhero costume.
Imagine my chagrin, when one day I arrived to find that Zachary substituted items from my undergarment drawer for his typical towels. Because it was a hot day, he had begun to strip the undergarments he used for muscles and hung them on the tree as he climbed down.

There they were, in its glory- the good, bad, and ugly, dangling from the tree branches in my front yard for all the world to see. Let’s say that a family just moved into the neighborhood and noticed this phenomenon. What is the first thing you think? Would it be, ‘Let’s invite that nice family who hangs their underwear in the front yard to church? You would probably be more likely to call the sheriff’s office to see if there is an ordinance against hanging underwear in a tree. 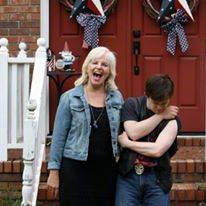 Mr. Entertainer- Zach and the gun show.
I love writing historical romance and often include stories that include children. Although the names are changed and the year and setting, many of the children I weave into my stories are inspired by my own children and those I’ve taught in Children’s Church over the years. Why? Because I find them hilarious.

Question for you- Do you enjoy reading about children in romance novels or novellas? Or would you prefer to stick with the hero/heroine?

I believe you should come away refreshed and inspired after reading a book. Despite my best efforts, sometimes life just stinks. Bad things happen.
That’s why, after years of thinking about it, I decided to pursue my almost forgotten goal of writing. My idea was to write in my favorite genre of historical romance and provide an outlet an opportunity to relax and escape to a place where obstacles are met and overcome."
The concept, Combining, History, Humor, and Romance with an emphasis on Faith, Friends, and Good Clean Fun, was easy. Writing an entire book proved more difficult.

Finally, after years of thinking about it, in 2017, I wrote my debut novel, “Rebecca’s Hope,” where I introduced a western town in the late 19th century filled with colorful characters and innovative young women of Carrie Town, Texas. Subsequent stories include Emma's Dream, Lois's Risk, Maggie's Strength, Carol's Choice, Garnet's Gift, and Maude's Mission and are now available in boxed sets. 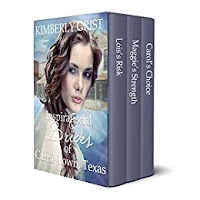 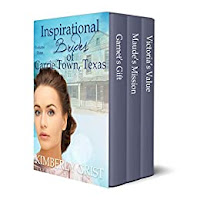 A Fresh Start for Christmas is book one in a series based in Carrie Town and a new matchmaking venture. Heaven Inspired Matrimonial Matches utilizes a five-point plan based on the story of Isaac and how God used a family servant to locate his bride, Rebekah. Subsequent stories in this series are A Bride for David, Willow's Worth, A Beekeeper for Christmas, Magnolia's Measure, A Baker for Bear Shoo-fly Pie by Selah, and my latest release, Apple Pandowdy by Alice. 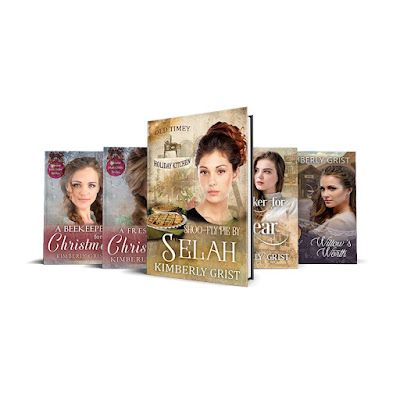 Who Might Benefit - My stories are designed to entertain, refresh, and inspire you, the reader. They are all written during the 19th century as western fiction combining History, Humor, and Romance, with an emphasis on Faith, Friends, and Good Clean Fun. They are available on Kindle Unlimited and in paperback and are clean, wholesome, and have happy endings.
Limited Time Offer 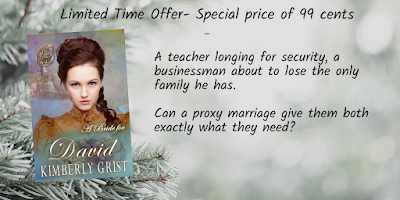 Thank you for letting me share my story. I hope it made you smile. I look forward to becoming better acquainted in the coming months.
Connect with Kimberly: 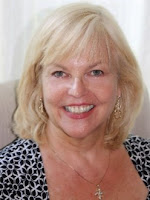 Combining, History, Humor, and Romance with an emphasis on Faith, Friends, and Good Clean Fun, my stories are written to remind us how God can use adversity to strengthen us and draw us closer to Him and give us the desires of our heart in ways we may never expect.