How Tall is Your Historical Fiction Hero?

In fiction, we often read about the height and brawn of a hero. The heroine (most often much more diminutive) gazes far up into his oceanic eyes and places a fingertip to his cleft chin right before he sweeps her into his arms. Rarely, except when we're watching an old Mickey Rooney movie, is the hero what we'd term today as "short". 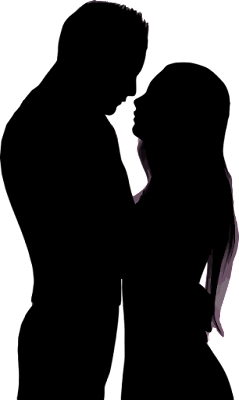 Some years back, while researching and writing a WWI novel, I got to wondering about just how tall people were throughout history. Have you ever gone to a museum where there are old army uniforms on display from way back, and the size seems a bit smaller than would fit the average soldier today? And even those women's Red Cross or army nurse's uniforms were exceedingly trim?
This made sense when I came upon some old army enlistment records, and noticed that most of the men were only in the mid five-foot range. A small handful made it to 5'10", and hardly any but a few hit 6'. I'd also noticed that among people I knew  today, most sons or daughters were taller than their parents, while the parents were likely taller than their own parents too.
As it turns out, I wasn't imagining it. Height has changed over the past century or so.

Of course, in a novel, a heroine peering up at her hero may consider him very tall for his time, and extremely muscular. But by today's standards, most of them weren't. In fact, research tells us that the average height of most men during WWI was only 5'6" (my hubby's height). I would imagine women were shorter by average still. I remember my grandpa being called tall, but by the time he grew old and his bones compressed more, I was taller than he was. I think at his tallest he might have been 5'9" or 5'10" first thing in the morning. My other grandfather was tall at 6', and my dad is also 6'. At least one of my dad's brothers was taller by an inch or two. But I've noted for a long time that sons generally tend to be taller than their fathers, and I thought that this seems to go back a few generations. 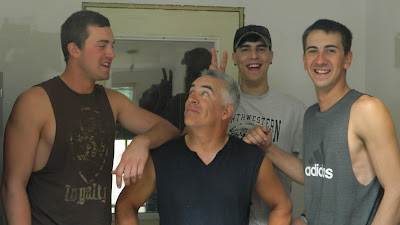 My 5'6" hero and our 6'1"-6'2" sons about 2010.
Since the beginning of the 20th century, height has increased an average of 4 inches world-wide. As scientists proceeded to study this phenomenon, the natural conclusion came down to improvements in diet (mostly) and health care (to some extent). There were other factors too. Genetics, of course, do play a role, and recently, scientists discovered that our brains have a receptor that tells the body when to grow more or when to get those puberty hormones kicking in. If there are any genetic mutations that affect that receptor, it too can cause a person to be shorter or smaller in body. Sometimes the size of a family can play a moderate role too, larger families having reaching shorter heights--but this can possibly come back to nutrition too, and that might depend on where and how you grew up. So many factors.
So in the interest of curiosity and that desire for accuracy even in fiction, this really only has one effect. That's to know that my tall, broad-shouldered hero is only tall and broad-shouldered in sense relative to the time. He may be a six-foot anomaly, but probably my heroine is only about five-foot-nothin', and when she gazes up into the tranquil brown eyes of Captain Wonderful, he's probably a striking 5'5"-5'7". Just sayin.

Here's some fun. Time.com created a calculator for what your height might have been if you'd been born a hundred years earlier than you were. I'm 5'7", and the estimator tells me I would likely have been 2.1 inches shorter if I'd been born in 1861 instead of 1961, so just under 5'5".
I'd fit right in in Latvia, the country with the tallest women now, with my height being the average. And if you want to write about a really tall hero, make him Dutch, because according to Time's research, they're the tallest men.

While I find this all very interesting, a recent discussion here at home centered on whether or not this is changing again, and if our youngest generations might actually be getting a little bit shorter. My son noted that, while many of his friends are tall, in the six-foot range like he is, he's noticed a lot of shorter guys that are ten-fifteen years younger than he is. Is it just coincidence? No! Turns out that observation has some basis in fact too! Recent studies also show that the trend in height is reversing. We wondered whether it's had to do with the way people consume modified foods, power drinks, and so on. Why do you think height might be changing? Is it purely from some genetic change? Let me know what you think.

Interesting research about the reasons we've gotten taller:
https://theconversation.com/why-did-humans-grow-four-inches-in-100-years-it-wasnt-just-diet-25919
About that recently discovered brain sensor:
https://www.theweek.co.uk/news/science-health/954710/breakthrough-reveals-humans-getting-taller
In my brand new Heroines of WWII release Season of My Enemy, the hero is probably about 5'7" and my heroine Fannie about 5'5". Sound about right? I think so. 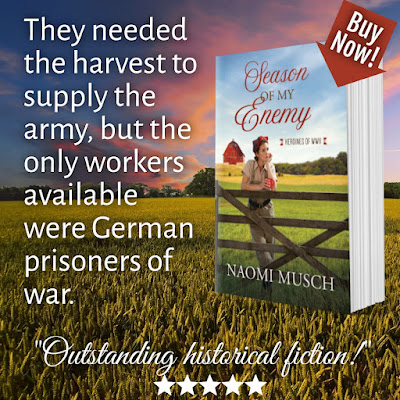 Email ThisBlogThis!Share to TwitterShare to FacebookShare to Pinterest
Labels: have people gotten taller, height changes over time, heroes, Naomi Musch, Season of My Enemy, tall heroes, Taller in the past hundred years