Milton Hershey and His Medical School 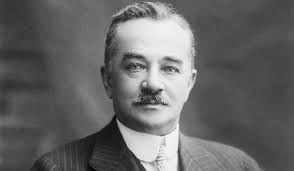 Last month I shared about Milton Hershey and his company doing their bit during World War II (https://www.hhhistory.com/2022/05/milton-hershey-does-his-bit-during-wwii.html). Today, my final post in the series about Mr. Hershey and his exploits, I’d like to share about his legacy, Milton S. Hershey Medical Center.
Education was of paramount importance to Mr. Hershey and his wife. They’d ensured their school’s success with their generous endowment, but no one had anticipated the unique problem that would haunt them: too much money.
Milton had left the school with such extraordinary financial resources, that the Hershey School Trust generate more income than the school could spend, even with an ambitious, some might say aggressive, building and renovation program. By the early 1960s, a massive surplus had accumulated in the funds. The board of directors discussed and discarded many ideas. Further expansion was considered, but the board felt the current size of the school was in the best interest of the students.
Finally, a possible solution led to what is now often referred to as the “50 Million Phone Call.” The solution kept with Hershey’s interest in education and taking care of others: a medical school. Samuel Hinkle, the Board’s chair called Penn State University’s president, Dr. Eric Walker to talk about establishing a medical school and teaching hospital.
The university was thrilled and agreed to pursue the possibility. However, in town, the idea met with mixed reactions. Many residents were happy with the size of their small town and its tiny hospital. Others saw the change as positive, bringing in new/more jobs. A few others wondered how the infrastructure could support such a project.
It couldn’t.
In 1963, Dauphin County Orphan’s Court approved the petition to allow the donation of $50 million and one hundred acres of land to Penn State University for the express purpose of building a medical school and hospital in Derry Township. With an additional $21 million in federal funding in hand, construction began, including the expansion and improvement of the town’s infrastructure. For example, the number of telephone lines required was more than the phone company had!
In the fall of 1967, forty medical students arrived to take classes in the partially completed building. At the end of the project, the Medical Science Building and medical center, the Animal Research Farm, Laundry and Steam Plant, and University Manor Apartments took up most of the acreage. Ownership passed to the university in 1968, and in 1970, the campus grew to 550 acres.
Over the years, many additions have been made to both the academic and patient care facilities. According to one site, by the end of June 2010, the center admitted nearly 27,000 patients, and provided care through over 854,000 outpatient and 57,000 emergency service visits. The Medical Center has over 8,800 employees and 400 volunteers. The medical school enrolls more than 800 students each year.

Linda Shenton Matchett writes about ordinary people who did extraordinary things in days gone by. A volunteer docent and archivist for the Wright Museum of WWII, Linda is a former trustee for her local public library. She is a native of Baltimore, Maryland and was born a stone’s throw from Fort McHenry. Linda has lived in historic places all her life, and is now located in central New Hampshire where her favorite activities include exploring historic sites and immersing herself in the imaginary worlds created by other authors. Learn more about Linda and her books at http://www.LindaShentonMatchett.com
A Doctor in the House

They’re supposed to be allies, but mutual distrust puts this pair on opposite sides.
Emma O’Sullivan is one of the first female doctors to enlist after President Franklin Roosevelt signs the order allowing women in the Army and Navy medical corps. Within weeks, Emma is assigned to England to set up a convalescent hospital, and she leaves behind everything that is familiar. When the handsome widower of the requisitioned property claims she’s incompetent and tries to get her transferred, she must prove to her superiors she’s more than capable. But she’s soon drawn to the good-looking, grieving owner. Will she have to choose between her job and her heart?
Archibald “Archie” Heron is the last survivor of the Heron dynasty, his two older brothers having been lost at Dunkirk and Trondheim and his parents in the Blitz. After his wife is killed in a bombing raid while visiting Brighton, he begins to feel like a modern-day Job. To add insult to injury, the British government requisitions his country estate, Heron Hall, for the U.S. Army to use as a hospital. The last straw is when the hospital administrator turns out to be a fiery, ginger-haired American woman. She’s got to go. Or does she?
Purchase Link: books2read.com/u/braAqZ
Posted by Linda Matchett at 12:30 AM