The Great Moon Hoax of 1835: An Early Case of Fake News

Since I wrapped up my eight-part series on the Castillo de San Marcos last month, how about something completely different? This month, I thought I would tell you about the strange and all-but-forgotten event called “The Great Moon Hoax of 1835.” First, here’s a bit of backstory.

Outside of London, in 1792, renowned astronomer Sir William Herschel and his wife had a son, John. This young man grew up to follow in his father’s footsteps in the study of astronomy, but also became quite well-known for his work as a mathematician, chemist, botanist, inventor, experimental photographer, and the man who developed the first blueprint. As he and his work in these areas became known, he was highly sought after amongst the London scientific scene. In fact, he was so sought after that it seemed his life was too chaotic for his taste. So in late 1833, Sir John and his wife set sail for Cape Town, South Africa, and arrived in January of 1834. John brought with him a 21-foot telescope, which he set up outside of Cape Town. For the next several years, John continued his astronomy work, as well as researched plants of the area among other things, enjoying being so far removed from the busyness and expectations of the London science community.

But while John was far removed from London’s civilization, someone decided it would be a good time to use his name and “discoveries” to both make some money and play a joke on the population. On August 21, 1835, the New York Sunnewspaper began building a buzz for an upcoming series of articles they would reprint from the Edinburgh Journal of Science, touting Sir John Herschel’s findings as he studied the moon. Immediately, the subscriptions for the newspaper spiked.

On August 25, just four later, they published the first one. In it, the article’s author—one Dr. Andrew Grant—wrote of the fantastical findings Sir John Herschel had seen from his observatory outside Cape Town, South Africa. Supposedly, the moon was lush and green, with flowing rivers, vast oceans, and amethyst crystals everywhere. And populating this verdant moon were all manner of fantastic creatures—unicorns, two-legged beavers with no tails, bison, goats, and even bat-winged humans. The article—and the five that followed—grabbed the minds and hearts of many who read them.

Just one problem. It was all fake news. Herschel had never seen or reported on any such discoveries on the moon, and the Edinburgh Journal of Science had ceased publishing years before the New York Sun published the series. Oh, and the author of the articles—even the illustrious Dr. Andrew Grant was a figment of another man’s imagination.

So who was this lunatic who’d write such untruths? It was actually Richard Adams Locke, who worked as a reported for The Sun at the time. Some thought Locke might have worked on concert with others, but no concrete proof has come forth to verify such a theory. However, Locke did take credit for writing the series of articles some years later in 1840. His purpose in writing the articles was first and foremost to drive up subscriptions for the paper, but secondly, he also wrote them to mock other fantastical astronomical theories that had been published around the same time. Locke’s attempts at satire ended up being taken as truth by the reading public.

Sir John Herschel originally thought the articles were humorous and got a good laugh from them. However, as time went on and people continued to believe the fantastical tales as truth, they would ask Herschel questions about “his findings” on the moon, and he was forced to spend much time debunking the falsehoods. Obvious, this wore on the poor man, and he became frustrated at his name being used in conjunction with the silly stories.

As an interesting side note to this old hoax, none other than Edgar Allen Poe made claims that Richard Adams Locke plagiarized this idea. Supposedly, Poe and Locke had worked together as author and editor at an earlier time, and Poe actually wrote and published the fanciful story of Baron Hans Pfaall, who traveled to the moon in a hot-air balloon and discovered all manner of mystical creatures, like those described in Locke’s writing. Supposedly, Poe published his version of the moon story in a different paper a few months earlier, but because his version was written in a comedic and satirical tone, few readers believed it to be true. Then, Locke’s version came out in The Sun a few short months later, and because they were  written in a more factual tone, many believed his articles to be gospel truth.

To my knowledge, The Sun never retracted the story or wrote a correction to notify their readers that the stories were untrue.

It's Your Turn: If you had lived in the 1830s and read the series of articles mentioned here, do you think you’d have believed them? Why or why not? Keep in mind as you answer, this was long before we landed a man on the moon or even traveled into space, so people in that era didn’t know what we do today. How would that lack of knowledge play into whether you believe The Sun’s articles or not? 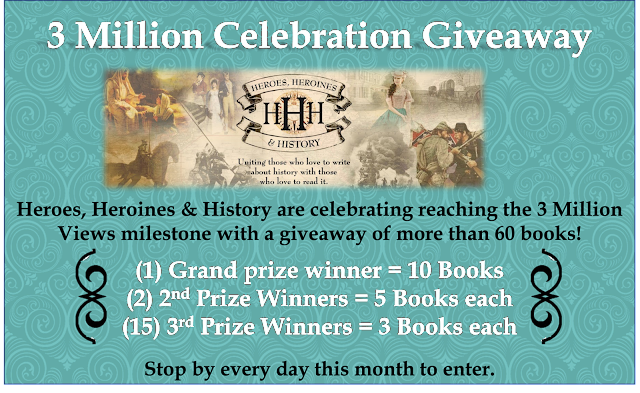