For the Birds: Ravens Throughout History 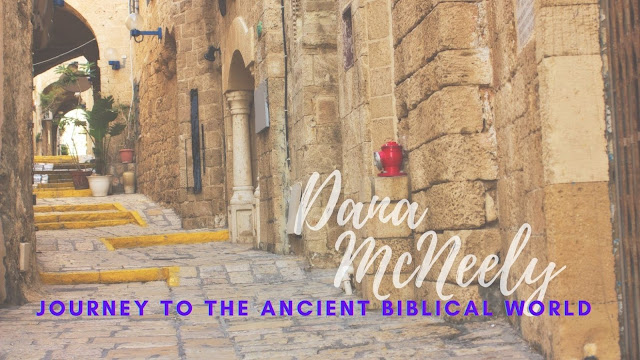 Why do ravens get such a bad rap? As carrion eaters, they perform a valuable, though thankless, task in ecology. They also eat grasshoppers, scorpions, wolf and sleddog dung, and garbage, as well as mice, baby turtles, and small birds. If you're getting squeamish about now, try humming The Circle of Life.
Like seagulls, ravens are not averse to pet food or human picnic spreads. Although they inhabit such diverse natural habitats as forests, beaches, mountains, deserts, and tundra, they also prove content to live wing to shoulder with humans in rural areas and some big cities, including Los Angeles.
Their bold, clever behavior makes them fun to watch. On the ground, they strut and sidle; in the air, their acrobatics include sudden rolls, wing-tucked drops, and releasing and catching objects midair. The clever birds have been observed working together to solve complex problems. Even young ravens pick up and analyze new objects to learn what is useful and what is not.
Despite these admirable characters, ravens are shrouded in darkness in folklore, literature, and culture.
For example, the Celtic god Bran the Blessed, known as a guardian of Britain and a seer, had a raven as his totem. The Celts say that after Bran ordered his own decapitation, and his head was buried beneath Tower Hill at the Tower of London, it could still speak, a raven-like quality. To this day, ravens frequent the site, and another legend foretells the fall of Britain, should the ravens ever leave. Their wings are clipped to encourage their stay.
Is it surprising that George R.R. Martin named a young hero, with visions of a three-eyed raven, Bran?
Odin, the chief Norse god, employed ravens to bring him the news. Ravens appear as tricksters and guardians in the creation stories of the indigenous people of the Pacific Northwest.
Greek mythology associated ravens with Apollo, the god of prophecy. He is said to have used a white raven to spy on his lover, Coronis. When the raven reported her infidelity, in a fit of rage Apollo threw fire that scorched the raven's feathers, turning them black for all eternity. Talk about don't kill the messenger!
Ravens can be found in genres from mystery to fantasy with similarly dark characterizations. In Edgar Allen Poe’s “The Raven,” the bird seemed a metaphor for despair, and the media giant, Alfred Hitchcock, cast ravens, among other feathered actors, in his classic thriller "The Birds."
In my historical novel, Rain, Queen Jezebel attempts to use dark magic to influence a flock for her own deadly purpose - to find and kill the prophet Elijah.

A bird cawed overhead, wings beating the air like a rug … whump, whump, whump. A raven. Its black shape crossed the white circle of moon. Spreading her arms like wings, she fixed her gaze on it, focused her thoughts as her father had taught her, and whispered the ancient incantation. Then three simple commands. Follow. See. Tell.
The raven faltered with her whispers, flailing as if gripped by a current of wind, then recovered. Jezebel watched to see which way it turned when it crested the wall. Whump, whump. Another bird rose from a rooftop, then a third, and suddenly a flock of ravens careened in formation like black-cloaked soldiers scaling a mountain of sky, up and soaring west to the ridge road. Jezebel threw back her head and laughed, arms flung wide as though she soared with the ravens, flying and dipping over the moon-drenched landscape beyond the wall, looking down on the broad road that led west, cleared of obstructions for ease of trade … and for war. That man, Elijah, he couldn’t hide long on the king’s road. 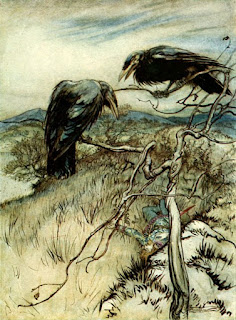 Ravens in the Bible

In the Bible, ravens were listed as unclean and not fit for human consumption, and in Isaiah 34:11, the prophet spoke of them as creatures who, along with great owls would haunt the deserted land of Edom in retribution for that country's treatment of Israel.
At first glance, these seem additional negative connotations. Yet further Bible references display respect toward the birds. As the first bird sent by Noah to check on receding waters, a raven was depicted as strong and dependable.

After another forty days, Noah opened the window he had made in the boat and released a raven. The bird flew back and forth until the floodwaters on the earth had dried up. ~ Genesis 8:6-8 NLT

The psalmist spoke kindly of ravens, as recipients of God’s tender care.

Finally, ravens were the delivery method for the prophet Elijah’s daily bread and meat during a drought.

Then the Lord said to Elijah, “Go to the east and hide by Kerith Brook, near where it enters the Jordan River. Drink from the brook and eat what the ravens bring you, for I have commanded them to bring you food.”

So Elijah did as the Lord told him and camped beside Kerith Brook, east of the Jordan. The ravens brought him bread and meat each morning and evening, and he drank from the brook. ~ 1 Kings 17:2-6

Another scene in my historical novel, Rain, shows Elijah befriending his clever and agile delivery birds.

Elijah laughed when he caught the falling loaf. Over the many months, he’d been pummeled by falling loaves and raw meat, but this young raven, a newcomer, was the first to drop his meal into his hands.
“Well done!” Swiftly he broke off a third of the loaf and tossed it into the air.

The bird hovered above him, tail fanned and curved like a sliver of moon, blue-black wings beating the sky. She caught the bread right as it began its downward descent, soared up and out of the ravine, and headed north. 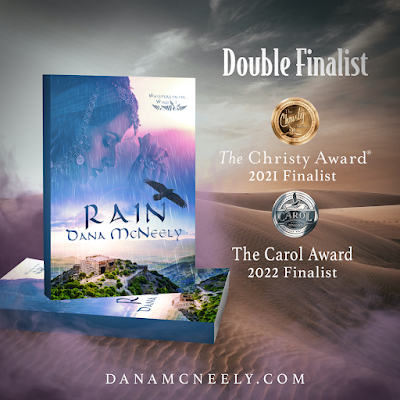 Aban yearns to join the priesthood of Ba'al, unlock the power of the rain god, and hear the deity's voice. But first, he must survive a perilous initiation ceremony.
When the mysterious prophet Elijah interrupts the rites, overturns the idol, and curses the land with drought, Aban must choose a side in Yahweh's war against the Ba'als - and it may cost him his life.
https://amzn.to/3Md7ife

WHIRLWIND ~ Whispers in the Wind Book 2

A king's downfall and a love that transcends war. Coming December 6, 2022. 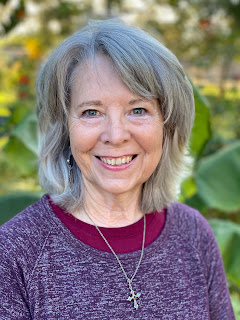 No stranger to drought, Dana lives in an Arizona oasis with her hubby the constant gardener, two good dogs, an antisocial cat, and migrating butterflies.
Learn more about Dana and her books at her website: DanaMcNeely.com
Newsletter subscribers receive a FREE ebook: https://bit.ly/danasnews
For more about Birds in Ancient Israel and a sneak peek at a scene in Whirlwind, coming in December, check out Birds in Ancient Israel.