When my husband and I lived in Texas during his college days, the students from Canada gathered together for Canadian Thanksgiving. Six weeks later, we’d get to do it all over again with the Americans.

Ever wonder how the Thanksgiving holiday started in Canada or why we celebrate on a different day? I always assumed it was simply because our northern harvest happens earlier. Only partly true.

Before the first Europeans arrived in North America, the farmers in Europe held celebrations at harvest time. To give thanks for their good fortune and the abundance of food, the farm workers filled a curved goat’s horn with fruit and grain. This symbol was called a cornucopia or horn of plenty. When they came to Canada, they brought this tradition with them.

In the year 1578 (43 years before the pilgrims gave thanks for the bounty that ended a year of hardships and death), the English navigator Martin Frobisher held a formal ceremony in what is now Newfoundland to give thanks for surviving the long journey. Other settlers arrived and continued these ceremonies.


At the same time, French settlers, having arrived in Canada with explorer Samuel de Champlain, also held huge feasts of thanks. They even formed “The Order of Good Cheer” and gladly shared their food with their Indigenous neighbors.

After the Seven Year’s War ended in 1763, the citizens of Halifax, Nova Scotia held a special day of Thanksgiving.

Americans who remained faithful to the government in England were known as Loyalists. At the time of the American Revolution, they moved to Canada and spread the Thanksgiving celebration to other parts of the country. Many of the new English settlers from Great Britain were also used to having a harvest celebration in their churches every autumn.

Eventually, in 1879, Parliament declared November 6 a day of Thanksgiving and a national holiday.

Through the years, many dates were used for Thanksgiving, the most popular the third Monday in October. After World War I, both Armistice Day and Thanksgiving were celebrated on the Monday of the week in which November 11 occurred. So in 1931, the two days became separate holidays and Armistice Day was renamed Remembrance Day.

Finally, on January 31, 1957, Parliament proclaimed, “A Day of General Thanksgiving to Almighty God for the blessings with which the people of Canada have been favored ... to be observed on the second Monday in October.”


Bitter war might be raging overseas, but Rose Onishi is on track to fulfill her 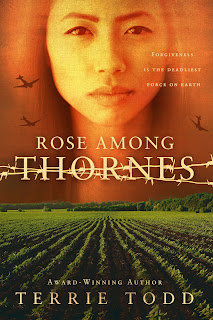 lifelong goal of becoming a dazzling concert pianist. When forced by her own government to leave her beloved home to work on a sugar beet farm, Rose’s dream fades to match the black soil working its way into her calloused hands.

Rose Among Thornes received the 2022 Debra Fieguth Social Justice Award as well as Best Cover Award from The Word Guild. 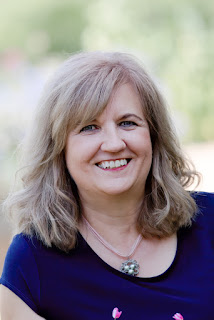 Terrie Todd’s novels are set in Manitoba where she lives. Her next book, a split-time novel called Lilly’s Promise, releases later this year. She lives with her husband, Jon, in Portage la Prairie, Manitoba, Canada where they raised their three children and where her novels are set. They are grandparents to five boys.