Preserving meat the old-fashioned way - Jerk it around! 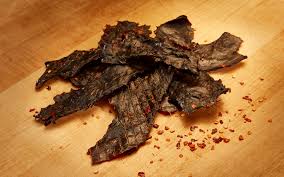 When some workers at our fireworks stand last summer were enjoying it as a treat, I got to wondering about a thing we call beef jerky. Who got that brilliant idea to dry and preserve meat long before refrigerators were invented? Turns out, there are about as many stories of its invention as there are countries that make it. Regardless of where it actually originated, it’s still an important way to preserve, make portable and enjoy meat.

Apparently humans have been making jerky about as long as they’ve been raising domestic meat, or even before that. There’s good reason people began doing this. It preserved meat that would otherwise spoil long before it was eaten and provided a good source of protein, especially during times when fresh meat might have been scarce. 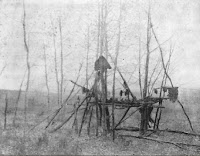 Most sources I located agree that early variations of the dried meat can be traced back to ancient Egyptians. Archeological records show that this form of preserved food is often found in ancient tombs, some of which actually remained intact.

The jerky we are familiar with today probably started with the indigenous societies around present day Peru. Called Ch’arki, in this area, the word literally translates as “burnt meat.” Sounds yummy, huh? These Andean people dried meat in the hot sun then froze it during cold nights, an ideal high-altitude climate for this process. It was usually prepared with the bones still intact and made from such animals as llamas and alpacas. The earliest records of ch’arki, date back to the early 1550s. 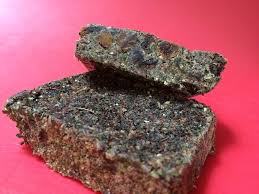 Early Native American tribes made a version of beef jerky too, though in a slightly different form. They combined mixed berries, fat, and ground meat to make concentrated small cakes. You’ve heard of Pemmican? The combination of fat and dry meat created nutritious food that traveled well and lasted a long time, sustaining them through winter months. Buffalo was the main source for Pemmican, but it was made with wild game as well.
So where did we come up with this word “jerky? The first recorded use of the word jerky appeared on John Smith’s map of Virginia in 1612 when he wrote “as drie as their jerkin beefe in the West Indies.” 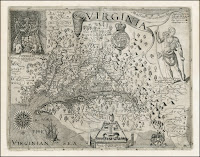 As anyone who’s watched a western movie or read a Louis L’Amour book knows, cowboys carried jerky or salted beef when they were moving cattle. The cowboys prepared the beef jerky through a variety of techniques that included sun-drying, smoking, and salting. They would slaughter the animal—cattle, bison, deer, elk, or antelope—and strip or jerk the meat. 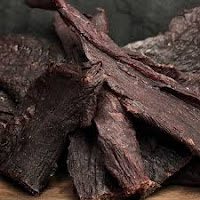 And there you have it. Next time you buy a package of jerky, or maybe even make your own, give a thought to its importance in our history and credit some ancient Egyptian or Andean for this remarkable product.

What about you? Do you enjoy this popular Americanized snack? I hear it’s actually pretty healthy. Has anybody ever made their own jerky? I’d love to hear how it went.

Scribbling in notebooks has been a habit of Cindy Regnier since she was old enough to hold a pencil. Born and raised in Kansas, she writes stories of historical Kansas, especially the Flint Hills area. Her experiences with the Flint Hills setting, her love for history, farming and animals, along with her interest in genealogical research give her the background and passion to write heart-fluttering historical romance
Posted by Cindy Regnier at 1:30 AM