Those Many "Eighth" Wonders of the World, Past, Present (And a prophetic one to come? Time will tell.)

A WORLD FULL OF WONDERS

Have you ever thought about "the" Eighth Wonder of the World? No? Probably not, because there are literally DOZENS of wonders billed as the Eighth Wonder of the World. I'll share one I stumbled on by accident during some recent novel research, something I've never heard of before, but maybe you have. As to those other dozens, most of them are quite deserving of the title in one way or another. In fact, if you check out the wonders listed on Wikipedia, you'll quickly discover that people with more time than I have, have broken down wonders of the world according to a multitude of categories:

WHAT ABOUT THIS?
I didn't find it on one of those lists, but while researching my 1918 work-in-progress, I stumbled upon a fabulous structure right here in the Midwest that had missed my radar in anything I'd heard of or driven by in my travels. You might guess what it is if you live in Indiana, Kentucky, or Illinois, or because it is definitely listed as an historic landmark. Maybe by modern engineering standards, this structure doesn't qualify for those Wiki lists because, but when it was opened as the world's largest dome in September, 1902, it began to be called the Eighth Wonder of the World, because it's 200-foot free-spanning dome was the largest in the world at that time. It kept that distinction in the United States until 1957.
It's the West Baden Springs Hotel, now part of the vast French Lick Resort. 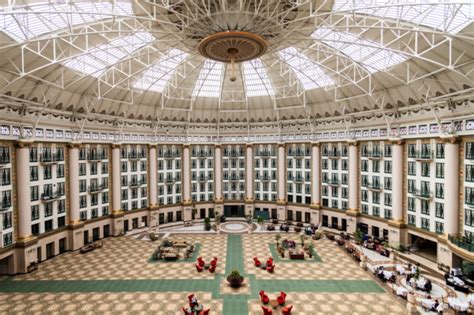 The West Baden Springs Hotel was Vegas before there was a Vegas. Besides being able to enjoy one of the hundreds of beautifully appointed guest rooms, take a sauna or a mineral bath in the natural springs, and relax in the overstuffed chairs of the giant atrium beneath tropical palm trees or before the giant fireplace that could hold logs fourteen feet long 😮, guests could also make use of the hotel's gambling casino, see live theater performances every night, or enjoy an opera, billiards, or a game or two of bowling. Bicycling was big. So big that guests could enjoy the largest track in the country on a double-decked oval. The track was covered too, so that even rain couldn't prevent an outing.

Then there was the outdoors. Guests could take a swim in the pool inside the natatorium. Or if swimming wasn't up their alley, they could enjoy one of the two golf courses, the pristine hiking trails, play baseball, or go horseback riding.

Once again, I learned about the West Baden Springs hotel history while I was researching something completely different, but of course it made its way into my story, if only briefly. Sometime I would like to set another novel there, something with some historical suspense to it, perhaps. In the meantime, a weird coincidence--or coinkydink as my family calls it--happened recently. My son returned from some military training exercises and called me to say, "Gee, mom, you should have seen this place we stayed at in West Baden..." Of course, I was instantly giddy, and said, "I know, I know, I know! Was it the West Baden Springs Resort?" and he was like, "I knew you would have heard of it." To which I replied, "I only just learned about it while I was writing my newest novel!" I also confessed to him that I was a wee bit jealous that he'd been able to stay there.

Crazy, right? I think so anyway. I hope to visit there someday. Have you visited or stayed at the West Baden Springs/French Lick Resort? Could you see why it was called the Eighth Wonder of the World for it's time at the turn of the 20th century?

Will there ever be a new, man-made Eighth Wonder of the World that rivals them all?

While I reflected on this blog piece, I was listening to a favorite podcast, Olive Tree Ministries, during which there was a discussion about "Mystery Babylon" from the Book of Revelation. The theologians who were having the discussion explained their view of the man-centric world system which the Mystery Babylon symbolizes. They talked about how how current culture is in the process of gathering together all kinds of paganism, occultism, and humanism, but with the idea of everyone "coexist"ing to build a Shangri-la world. In effect, creating a new kind of Babel. In the course of discussion, the subject of specific regions of the world spoken of in Bible prophecy and even the development of certain cities might play in the setting up of the one-world government system for this Utopia. For instance, have you heard about "Neom" coined as Saudi Arabia's futuristic, self-governing, mega-green Gotham city? Now that would definitely qualify as a worldly wonder. Whether or not such a place plays into prophecy, we'll leave up to God; however, if it makes you wonder, I would suggest a listen to this round table discussion concerning Mystery Babylon. If you don't have time to listen to the whole thing, they do speak briefly about Neom from about the 24-27 minute mark. Interesting stuff.

BUT, no matter what man builds or has ever built in all the annuls of history, nothing will compare to that day when we see what John saw in his vision in Revelation 21:2.

"And I saw the holy city, new Jerusalem, coming down out of heaven from God, prepared as a bride adorned for her husband."
That will be quite a wonder, and we will gape in awe and praise. Until then, is there a "Wonder of the World" that most intrigues you? 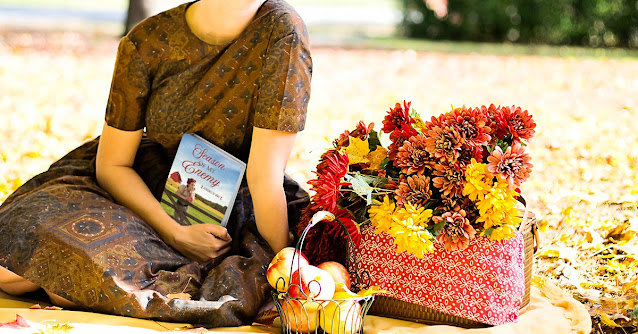 Naomi’s heart beats for historical fiction. Author of sixteen books, and numerous award-winning short stories, she is celebrating the wild ride of three new releases in 2022, Song for the Hunter, Lumberjacks & Ladies, and Season of My Enemy. Naomi is at home in the Wisconsin Northwoods. She is represented by Linda Glaz of the Linda Glaz Agency. Visit her Amazon page: Author Naomi Musch
Posted by Naomi Musch at 4:00 AM