ANNE delights in writing about wounded heroes and gutsy heroines who fall in love. She writes romantic historical and suspense novels. Her second novel, a Scottish historical, Masquerade Marriage, won numerous writing awards. The sequel Marriage By Arrangement releases in February 2013.  A Texas Christmas Mystery also won several awards. In 2014, her World War II novel, Angel With Steel Wings, about WASPs, women test pilots will release. Her first book Trail of Tears, an American historical, is out of print and looking for a new home soon.


Anne loves spending time with her family and friends. Her daughter lives just five minutes away and her son lives about an hour away. Anne lost her first husband to a heart attack when her children were quite young. She can share miracles about sudden death at a young age, and how God wrapped His loving arms around a grief-filled widow. The Lord gave Anne a second love-for-eternity husband who brought two young boys into her life as step-children. She can tell stories about blended families that will inspire warmth, laughter, and tears.


Anne loves reading. She sings in a one hundred fifty voice choir and paints. At every opportunity Anne travels with her retired military Colonel husband. Together they have visited twenty-five different foreign countries. She has visited every state in the United States with the exception of Alaska. This summer she hopes to take a beautiful Alaskan cruise. Perhaps she will set a novel in that glorious state.


Her  love of travel, sailing, horseback riding, history, and art, as well as her Citizens Policy Academy training, and military life sometime figure in her books. View Anne’s other books, her extensive travel pictures, her military life, and her art work at http://www.AnneGreeneAuthor.com.


Anne is active in ACFW, FHL, Sisters in Crime, and the Southwest Chapter of ACFW. Anne loves to speak to book clubs, libraries, and conferences. Her hope is that her stories transport the reader to awesome new worlds and touch hearts to seek a deeper spiritual relationship with the Lord Jesus. Buy Anne’s books at http://www.PelicanBookGroup.com. Or at http://www.Amazon.com. See below for a chance to win Marriage By Arrangement. 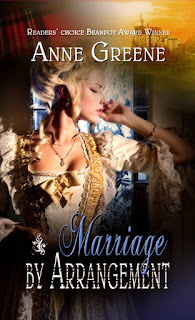 BACK COVER BLURB FOR MARRIAGE BY ARRANGEMENT:


Why does a handsome, powerful noble of the highest rank in England stoop to marry a mere Lady of Lowland Scotland?


Are the whispered stories about him true? With his shadowy past and strange behavior what awful secret does he hide? Each change of clothes transforms him into a different man.
AN IMPOSSIBLE CHOICE


Can Lady Cailin keep her vow to make her marriage happy and successful, unlike that of her parents. Or to save her unborn child, must she arrange for the Duke’s accidental death?

For a chance to win Anne’s latest release, MARRIAGE BY ARRANGEMENT, please answer the following question and leave a comment.


If you could go back in a time machine to any time in history, where would you go? 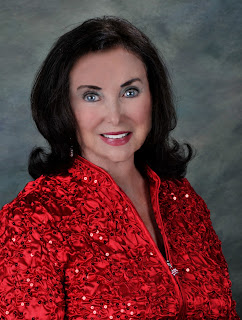 Sounds like a slower, easier time, doesn't it? So what time would you choose? Leave a comment for
a chance to win Marriage By Arrangement. 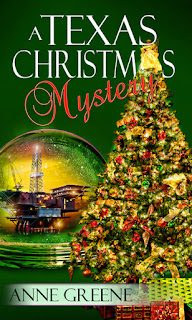 A lady Coastguardsman searches for a killer. An oil rig troubleshooter accused of murder races to clear his name. The murderer strives to silence them both.