ANNE GREENE'S - WHERE DID ALL THE MEN GO?

WHERE DID ALL THE MEN GO? 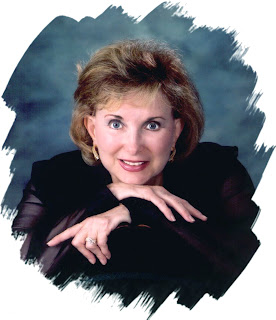 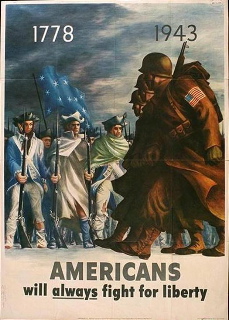 Most houses on my side of the street have either flags with a blue or a gold star in the downstairs’ windows. Each blue star represents one of the sixteen million men who serve overseas or train to deploy overseas soon. Each gold star represents a man who died serving his country. One more man who will never return.


No wonder there are no young men walking the streets of my city…as well as most cities and towns in the United States.


Closer to downtown, women stride along. The sidewalks are no longer so full a person must weave in and out to get to work. There’s a feeling of loneliness and yet purposefulness cloaking the women and the one or two old men I pass. As I speak, an old man with fuzzy white hair, hobbling on a cane enters the door to the Farmers Café through the colored entrance.


Some of the women, like me, wear blue trousers and blue shirts. It’s our new uniform. We work in the factories. Rosie The Riveter, Norman Rockwell paints us.


The government keeps calling more and more women into the workforce. We are needed in all kinds of jobs, munitions plants, military factories, and other vital war jobs. Magazines advertise, “The More Women at Work the Sooner We Win.”


Personally, I love leaving housework to the kids, and joining my women friends at the factory. We’re doing a bang-up job taking over men’s jobs that none of us thought we could do. Right now, I’m thinking of moving from Rosie the Riveter to Wendy the Wielder, since using the acetylene torch requires more skill and pays better.


But I’m the first to admit, I miss the men.


Tomorrow is Saturday, and I have no date. There are no young men left in our town. I haven’t had a date in months. I do write to several young men, just to keep their spirits up. But a gold star hangs in the window of my boyfriend’s mother’s home. Last year I received back all the v-mail I sent to him. The letters were wrinkled and stained as if Tom had read and reread them many times. The Army Air Force wrote that the blood-stained one was found in the pocket of his flight suit.


The streets are empty of men, but almost every day hearses and long lines of cars head to the cemetery. Each time they do, my tears fall again. I am not alone. In less than four years the US Army Air Force will lose 14,903 pilots, aircrew and other personnel. Imagine how many women grieve. Then imagine how many of those men were so young they had not married or fathered children. So many parents will never become grandparents.  So many girls may never find husbands. Then there are those missing men who did father children. Those children will grow up not knowing the love of their fathers. We gals understand that an average of 6,600 servicemen die each month. That is about 220 of our men who die each day. Will any of them return home? Will this World War II ever end.


But we keep our chins up. We keep a stiff upper lip. We soldier on, doing our duty. Our fight takes place at the home front. And we are essential to the war effort. We take pride in assuming the man-sized jobs that keep our country rolling along. I work in an aircraft plant. By the end of the war, our head man says we will produce over 276,000 new airplanes. The enemy will discover that even without our prime-of-life men at home, American has know-how and can-do. We will not be defeated.


Approximately 400,000 women serve with the armed forces. To date, more than 460 have lost their lives. I am particularly proud of our service women, but being an only daughter and with three brothers serving overseas, the government says I must stay home. 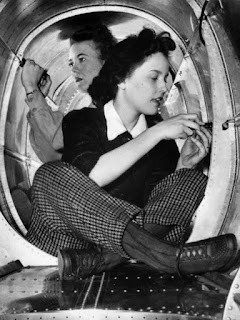 So we home front gals plant our victory gardens, work in our ammunition factories, make-do without frills and some necessities, and miss our men. We car-pool with six other ladies to drive to the factory. We come home and cook dinner, mend our children’s clothes, let out hems, glue on shoe soles, darn socks, and knit sweaters for our missing men. We hand-make Christmas gifts, we can vegetables, we stoke furnaces, and we shovel snow. When there is a job to be done, large or small, we don’t look around for help, we do the job.


So when Carole Lombard died in a plane crash returning from a War Bond tour, we all miss her. We miss her faster-than-thought comic delivery, her platinum blonde hair and her delicate features. We miss her making us laugh, when there is so little to laugh about.


But we continue to straighten our shoulders and pick up the slack. We spend a lot of time in prayer for our brothers, boy-friends, husbands and fathers. We take pride in our work. We grow and stretch and accomplish what we thought impossible. We tune in the radio each night at six o’clock to hear Edward R. Murrow and the war news. We pick up the newspaper just after it is thrown, and turn first to the casualty section and heave a sigh of relief when we don’t recognize any of the names on the unending list. We sing our patriotic songs. When formations of planes thunder above us in the sky, we feel protected. Thank God an ocean separates us from our enemies. We smile a little, and pray a lot for the brave men serving in the military that God will bring them safe home again.


We’ve formed women’s professional baseball teams and dance bands. We've become chefs and town planners. We fill every job a man filed before he left for the duation. We serve at home while they serve abroad.

We women have grown strong and independent. We’ve discovered we can do man-sized jobs. With all of American pulling together we will win this war.


Yet we miss our men.
Look for Anne Greene's book about women test pilots and target towers called ANGEL WITH STEEL WINGS releasing in September 2014, published by B & H Publishing.
Anne's wants to know how you would have liked to serve on the home front or with the women in military service. Leave a comment and win the first award-winning book in her exciting Scottish Marriage Trilogy - Masquerade Marriage. Would you have worked in the defense factories, in the WASPs, WAFS, or WAVES, become a nurse, or what would you have done for your country?
Leave a comment and one of you will win Masquerade Marriage. If you already have a copy of Masquerade Marriage, you will win your choice of either Marriage By Arrangment or A Texas Christmas Mystery.AnneGreeneAuthor.com 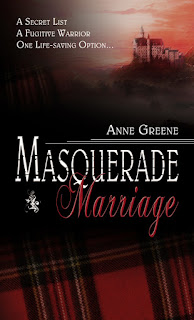 April 14th, look for GOING COMMANDO
Posted by Anne Greene at 12:30 AM