Why Did Midwives Lose Their Status

Why Did Midwives Lose Their Status?—and a Give-away

Each commenter during the month of March will be entered in a drawing for a Kindle or $25.00 Amazon gift certificate. In addition, all commenters on this post will have a chance to win a copy of Choices of the Heart, The Midwives #3 on Kindle, Nook, or paperback. See below for contest rules. 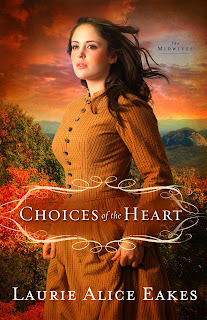 Prior to the nineteenth century, midwives were women of power in society. They assisted in the births of every rank in society, from peasants, to princes. They testified in court as to who was the father of an infant whose mother wasn’t married, and they knew secrets of married women. Midwives were respected, feared, and independent. But the invention of a French Huguenot family of physicians in England ceased being secret in the eighteenth century, and in the 1840s, a previously recreational element grew useful in the medical field—two inventions that excluded midwives.

With the exception of a few upper class and royal personages in cities, few women used a physician, a male before the 1840s, to deliver her baby. This was almost exclusively the role of a midwife. Midwives had a code of cleanliness and honor, and in some places even laws governing their conduct. Many supported themselves comfortably with their work. Old newspapers printed glowing obituaries of the good a midwife did for the community. Even epitaphs on tombstones proclaim how much these women were honored in the communities in which they lived and worked.

But childbirth was lucrative business and doctors didn’t like losing out on the income. After all, they were men and midwives were women. Women, however, held a major advantage over men in the birthing chamber (besides modesty for another woman)—women’s hands are, as a rule, smaller than men’s. Midwives could and did, give assistance by turning babies and helping in delivery by pulling.

So an enterprising French family of physicians invented the forceps. They passed this device down generation after generation for over a hundred years. Why no one else came up with the forceps until the 1720s, no one knows. And even after the forceps went public, so to speak, doctors did not adopt them. One reason was that they took some skill to use, and a few demonstrations proved disastrous for child and mother. In the end, physicians saw the value of the forceps in difficult births and adopted them as another tool of the trade.

Forceps were a tool of the trade midwives were forbidden to use. While the smaller hands of a midwife had previously been an advantage in a difficult birth, now physicians had an even better instrument.

The power of midwives began to decline.

Then the near death knell to the profession rang in the 1840s when the use of ether and nitrous oxide (laughing gas) became useful for something other than recreational intoxication. Physicians adopted it in surgery. Queen Victoria was given anesthesia for the birth of one of her children, and the fashion exploded amongst those who could afford it. No more pain in childbirth.

Midwives were still in need in rural areas and amongst the poor who could not afford a doctor’s fees; however, they did not again emerge as a preferred alternative for childbirth until the nurse midwives in the 1920s.

But that’s another story.

What do you think about the idea that midwifery became popular again with the growth of independence for all women?

Laurie Alice Eakes is the Award-winning and bestselling author of The Midwives series from Baker Revell, and a dozen other books and novellas. You can larn more about her books at http://www.lauriealiceeakes.com and follow her on twitter @laurieaeakes

Posted by Laurie Alice Eakes at 3:30 AM