Savannah, Ga. is one of my favorite cities to visit. Courting Holly (my next novel with a fall release) was set in 1882 Savannah. This naturally allowed me to visit once again. There are some little known facts about Savannah you might not be aware of. Savannah did not have large cotton plantations, even though Savannah was one of the largest cotton selling ports in America. Rice plantations made up the greater share of the plantations.
Another interesting tidbit is that of Bonaventure Cemetery. It was established in 1882 as Evergreen Cemetery by Peter Wiltberger who opened it to the public. Prior to that it was a private cemetery for the families who lived on the plantation. Here’s a picture of the from the 19th century of the Bonaventure. 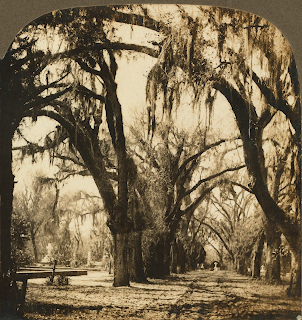 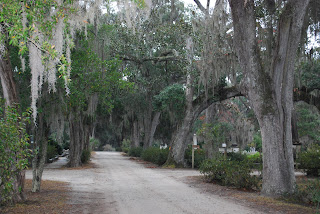 The family plots are small and many were fenced in. Here’s an example. 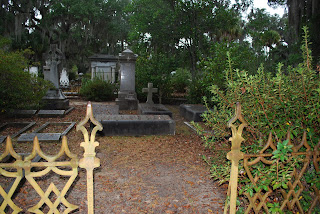 I chose 1882 because Savannah was expanding at this time. My characters had to make changes in their lifestyles in order to succeed in business. At this point in Savannah’s history folks were regaining from their losses during the Civil War. The census said there were 37,333. 20,514 white and 16,819 colored (term used in the 1882 source I believe that included hispanics but I'm not sure.)

Another fun tidbit about Savannah that dates before 1882 and more into the 18th century was the use of ballast stones. As ships would load their vessels with stone to help weight them down and stabilize them when they were less than full, these stones would need to be removed to make room for cargo. Today you can travel on many of these ballast stoned streets on the waterfront.

And the last, but certainly not the least, tidbit about Savannah is the squares designed by Olgethorpe when he founded Savannah in 1733. These squares make the city an interesting place to visit. Which was Olgethorpe's original plan, to have a place where neighbor could meet with neighbor. He also designed the streets so wide that even today you can have cars parked on both sides and have traffic going both ways. As you go further south in the city the streets become narrower.

There are so many things I love about Savannah, but walking the streets, soaking up the history and enjoying the architecture are only a few. Perhaps your travels will allow you to go to Savannah one day.

Courting Holly won't be coming out until the Fall. But if you would like to enter a drawing for Key West, a collection of four historical novels set in Key West, simply comment on this post and you'll be entered into a drawing for that as well as the items below.