Where Would We Be Without Electricity by Debbie Lynne Costello


So when was the discovery of electricity? Care to take a guess?  I bet a lot of you said 1752 when Benjamin Franklin flew his kite and key. What would you say if I told you it was actually 600 BC? A man name Thales of Miletus wrote about rubbing two amber rods together and them becoming charged. What he was describing was static electricity. Then in 1600 William Gilbert, an English scientist coined the word electricity. 1660 brought the invention of a machine that made static electricity and things just snowballed from there. Europe and America were making discoveries about this new power source by leaps and bounds.
But when did we actually start really using electricity. Although they were learning it wasn’t until the 1870’s that all their work started coming to fruition. In 1879 electric lights were first used for lighting street lamps in Cleveland, Ohio. That same year in San Francisco a power company began selling electricity to customers. But they could power less than 2 dozen arc lights.
1881 brought the electric street cars and as most know in 1882 Edison opened the Pearl Street Power Station of New York City. Edison was able to light 5000 bulbs! I find that amazing when just 2 years earlier another company could only light 21. 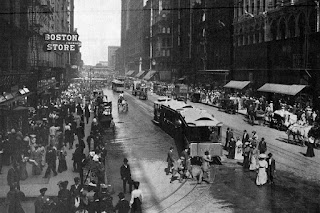 And from then on the inventions and improvements were coming yearly.
Electric power houses had to be built in cities in the 1880’s where they could get power to the street lights and in to very select homes. People of power and wealth were the fortunate ones to receive electricity. So technically it was the 1879 that homes got power but that was such a minute amount of the population even into the 80’s it could hardly be counted. And remember you had to live in the city for that to be a possibility. 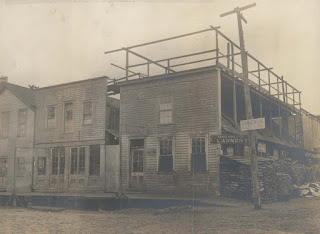 Even as electricity progressed into the 1890’s there still was not that many homes with power, mostly the affluent. Restaurants, hotels, industry, and street lights used most of the power. But things were progressing and by the mid 90’s several power companies had laid 20 miles of wire! I think oh my goodness. I drive that far to go to the store but 20 miles was really a big deal back then and they were quite proud of those 20 miles of wire.
The thing is most homes were already built. Can you imagine wiring a house that never had electricity? None of those holes or wires are anywhere. It’s not like today when a house needs to be rewired you just pull them through as you tug the old ones out. Nope, didn’t have that luxury. So that was a factor. But as the 19th century turned to the 20th century the new houses being built had electricity. Life was about to change forever. 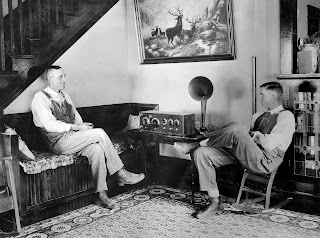 By the 1920’s almost every major city across the nation had power stations to supply their cities with electricity and by 1930 most large city or town residents were blessed with light bulbs instead of gas lamps.
However, if you were a rural farmer you might still be running by batteries and crude stoves as you awaited the lines to be run out to remote places. Only 10% of farmers had electricity in the 30’s.  Power companies were privately owned and they were there to make money. Running miles of wires out to a farm didn’t seem economically sound. Not to mention they didn’t believe the poor farmers would pay them. By 1939 the number of farmers with electricity had risen to 25%. 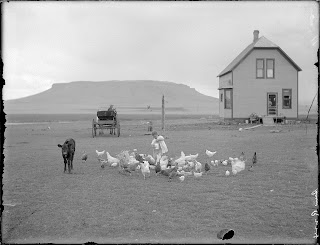 So now onto the place I love. Charleston, SC. Just a few quick tidbits of information. Okay I can’t make anything about Charleston short…but I can try..
In 1881 The Charleston Company was organized by a group of local businessmen. In the summer of 1882 they purchased land on Queen Street and by September they had completed their central-station building. Within one year the company had gained private customers, strung wires along two streets, provided electricity to two textile mills, and the Agricultural Hall. In 1883 they told the city how they could light a city street in Charleston and even demonstrated it. But alas, City Council voted to stick with the tried and true gas lamps (you don’t suppose they had lobbyists back then do you?)
A year later the company went out of business. Yikes! What happens when the only power company in town goes out of business? Yep, that’s right you don’t get power. So all those people who were relying on their electricity to run their business or light their home suddenly found themselves in the dark. ;o)  It took two years before the enlightened city of Charleston would have electricity again. A contract was given that all the principle streets would be lit by electricity and the side streets by gas.