Mail-Order-Brides: Have Always Fascinated Me

“A lively widower of 40, looking much younger, 5 feet 7 inches high, weighing 145 pounds would like to correspond with some maiden or widow lady of honor who would like a good home, kind husband and plenty.”
What kind of women answered ads from prospective husbands and then traveled west to meet them? And, what kind of man placed an advertisement for a bride? These questions were the first to start my research on mail-order-brides.

As I dug through history books, it soon became clear that in the western territories, men outnumbered women dramatically, sometimes by as many as nine to one. The men were lonely and decided that the obvious answer was to place letters in church circulars and ads in newspapers for single women from the east, willing to start new lives as mail-order-brides.
Many mail-order-brides and their frontiersman husbands found one another on their own; other couples used "The Matrimonial News," a paper published in San Francisco specifically to run personal ads for men and women seeking marriage. Still others ran advertisements in large cities.
That answered my questions about the men, but what about the women? Here’s what I learned about them. There were few careers open to women, and women who did not marry early faced not only the loneliness and social stigma of spinsterhood, but the prospect of poverty. Women who moved west as mail-order-brides seized the opportunity to avoid poverty and loneliness. Most of the women were single but others were widows, divorcees or runaways. Thus, the opportunity to move west, make a life and have a family was one some women were willing to sacrifice for.
So what did the world think at the time about these methods of finding a wife? There was always some resistance to the idea of mail-order brides. There were also occasional horror stories of tragedy or scams. But many mail-order-bride stories in the old west ended in long and seemingly happy marriages.
As women arrived and men started homesteads and families, the west began to evolve from a place of saloons, brothels, and mining camps, into a landscape of towns, with homes, churches and schools. Families were born and love took root in the heart of the west.
I wonder… Would you have answered the advertisement above? I’m curious, why or why not? 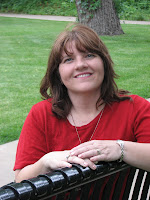 My Bio: Rhonda Gibson lives in New Mexico with her husband James. She has two children and three beautiful grandchildren. Reading is something she has enjoyed her whole life and writing stemmed from that love.  When she isn’t writing or reading, she enjoys gardening, beading and playing with her dog, Sheba. She speaks at conferences and local writing groups. You can visit her at www.rhondagibson.net where she enjoys chatting with readers and friends online. Rhonda hopes her writing will entertain, encourage and bring others closer to God.

BLURB: for Groom by Arrangement

Eliza Kelly thought her humiliation was complete when she identified the wrong train passenger as her mail-order groom. She was only trying to tell Jackson Hart that the madcap scheme was not her idea. But now that the stormy-eyed blacksmith has decided to stay, rumors are flying. And Jackson does the gallant thing—he offers the lovely widow a marriage of convenience.

Though he came to New Mexico to find his father, Jackson wonders if Eliza's mistake was his good fortune. Between caring for an orphaned youngster and protecting Eliza, Jackson feels whole again. If only he can persuade Eliza to marry him, her reputation will be saved…and so will their long-buried dreams of forging a real family.