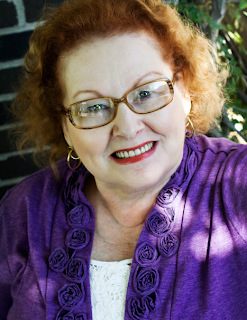 Last month I shared a lot of information with you about Oregon City and Portland, and when I did, I shared about the horse- and mule-drawn trolleys that connected the two cities before the electric trolleys did. As I researched for my three book series, I did research about various kinds of transportation to use in my books.

Since the heroines were born on one of the last wagon trains on the Oregon Trail, I did quite a bit of research about wagon trains. My wagon train was in 1867, near the last of the wagon trains across that trail. Since many trains had passed over the trail, experienced wagon masters knew they had options. Often the man might plan on going one way, but because of circumstances, he took his train on one of the other ways to get to the destination--Oregon Territory or State, according to the date.

The main route used by those on the Oregon Trail went by way of the Dalles. Fur trappers first used this term, which means gutter, for floating down the Columbia River on rafts. This part of the trip was treacherous because of the rocks and rapids they encountered. Later the Barlow Cutoff was a toll road that took the wagon around Mount Hood. Although it was much safer, it also took quite a bit longer.

In my McKenna's Daughters books, I had the wagon train use the Barlow Cutoff, because Lenora McKenna was bedridden in their wagon because of her pregnancy, and the wagon master didn't want to endanger her life more than it already was.

Most wagon trains on the Oregon Trail arrived in Ft. Vancouver, Oregon. However, those using the Barlow Cutoff arrived in Oregon City.

For book one of my series, I had to do a lot of research about railroads. My hero, heroine, and her aunt traveled from Seattle, Washington Territory, to Little Rock, Arkansas. They had to travel south to far northern California, then take another train east. That train took them through several states, over the Continental Divide with a stop in Denver, then on to St. Louis, Missouri. From St. Louis, they took another train southwest to arrive in Little Rock. Researching every stop along the way was interesting as was the way railroads were during that time. I used many tidbits I found to make the trip more interesting.

With book three of the series, the heroine's father owns a steamship line. Of course on land, they mostly traveled by train, but the trip back from Seattle to San Francisco was by steamship, and this trip was pivotal to the story. You can find out a lot about the steamships of the time in this book.

I was thrilled when my publisher's graphic department tied the covers together with pictures of modes of transportation: a train on Maggie's Journey

a trolley on Mary's Blessing,

and a steamship on Catherine's Pursuit.


What is your favorite form of long-distance transportation?
Posted by Lena Nelson Dooley at 1:00 AM