Boston’s history is full of odd and dramatic happenings. You all learned about the Tea Party and the Boston Massacre in elementary school, but did you ever learn about the Great Molasses Flood?
No, I’m not making this up. The Molasses Flood of 1919 is a real, well-documented event. It seems funny on the surface, but it was one of those horrifying, traumatic events with which Bostonians are, unfortunately, well acquainted.

It all began with a huge tank for storing molasses, sort of like the big water tanks and grain silos with which we are more familiar. Owned by the United States Industrial Alcohol Company, the tank on Commercial Street was 58 feet high and more than 90 feet in diameter, holding 2,300,000 gallons of molasses.

I’m not crazy about molasses, and it would take me quite a while to use up a gallon. But two million gallons? The distillery planned to use it in manufacturing rum.

The unseasonably warm weather on January 15 changed the plans of everyone in Boston. The owners later claimed the explosion was caused by sabotage, but that story didn’t hold up. The court later ruled that the tank was overfilled and not adequately reinforced—some people said it was poorly constructed in the first place and had been leaking molasses for some time.

What is known for sure is that the temperature had hovered near zero, but on that day, it rose into the mid-forties. Some people think the warm air caused the molasses to start fermenting and expand. Whatever the cause, about 12:40 in the afternoon, the giant tank exploded, sending pieces of the metal flying in all directions and releasing a surge of molasses that formed a wave, reported from eight to fifteen feet high. The wall of molasses rushed down the streets at 35 miles an hour. People couldn’t outrun it. Huge pieces of the tank hit buildings. One large piece landed in a park 200 feet away. Another hit a railroad piling, taking out a piece of an elevated train line.


﻿﻿﻿﻿﻿
Many buildings were damaged, some ripped off their foundations. Several people were buried in the rubble of collapsed structures. Twenty-one people were killed, including at least two children, and more than 150 were injured, either by the shrapnel or the molasses itself. People were swept along in the flood. Horses were caught in it; automobiles were overturned and submerged; trains were lifted off their tracks.

People hurried to the area to try to help. Cadets came from the USS Nantucket, a training ship docked nearby. Policemen, firemen, Red cross workers, army and navy personnel, and other volunteers came and found molasses still two to three feet deep in some places. If they tried to walk in it, they got stuck, or it sucked their boots off.


Hindered by the sticky stuff, they were able to pull some people out of the mess, but not everyone could be reached. Horses that were caught in the molasses and couldn’t be led out had to be shot. Days later, welders cut up what was left of the tank, still searching for bodies.

The initial clean-up lasted several days with thousands of people at work, but the city wasn’t molasses-free for a long time. The city had its fire boat spray streams of water on the debris. Salt water was sprayed on the streets and houses to get the molasses off. Cellars for blocks around were filled with molasses and had to be pumped, which took months. The harbor was said to look black with molasses well into the summer. When people walked in the area, their shoes stuck to the cobblestones. And the smell lingered. They say for years you could smell it on a hot day.

In memory of the Great Molasses Flood, today I’m doing a surprise giveaway of my novel The Crimson Cipher, in which you’ll learn about some other strange but true events that took place a few years earlier, in 1915 (paper or e-book). Comment below to enter. 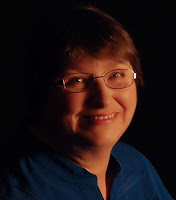