I am thrilled to have James Scott Bell with us today as a guest blogger, and I want to thank Jillian Kent for connecting us. Please give Mr. Bell a warm CFHS welcome. Take it away James.
I never thought I’d write a historical with a strong romance element, let alone a series of them.

Back in the late 1990s I was all about thrillers. Legal thrillers mostly. But a writer (one who is going to be any good, at least) has to follow where his wild mind leads.

One day mine led me to what I thought was a pretty good idea. Legal thrillers were getting to be a crowded category. What could I do that was different? How about a historical legal thriller with a woman as the protagonist?

That held great possibilities, because the further back you go the fewer women you find practicing law. I thought about setting, too, and found one that has hardly been touched: the history of my own home town, Los Angeles, at the turn of the last century.

Perfect! In 1903 women were just starting to enter the legal profession. What if I had a young, idealistic woman arriving from back East, who wanted to be a trial lawyer? All sorts of delicious possibilities ensued.

That idea became the Kit Shannon series published by Bethany House. These books have now been re-published as e-books. You can read about them here. Bethany thought to team me up with one of their popular romance writers, Tracie Peterson, so she could “show me the ropes” as it were. We did the first three books together, then I did three on my own, and it felt great. Tracie and I developed a voice together, and I was able to carry that on. I had evolved!

What I like about historicals is that they are fixed in time. You don't have to worry about new technologies being invented, which sometimes happens right after you finish a book!

It was also nice to revisit what I consider to be the superior rules of romance. The civility, the restraint, the courtesy, the courting. The romantic dance required that you learn some steps. You didn’t just let it “all hang out,” which was the cry of the 1960s and is now the tired default setting of our culture.

I really got into the research. Big time. I compiled two huge binders of notes. I went to used bookstores and got books from the time and also reference books dealing with the period. For awhile I lived at the downtown branch of the Los Angeles public library, poring over the microfiches of the Los Angeles Times and The Los Angeles Examiner (the Hearst paper).

There was a time when I was so immersed in the period that I could close my eyes and feel like I was walking the streets of 1903 Los Angeles, with Kit Shannon in front of me. I tell you, if life was The Twilight Zone I might have gotten stuck there.

And I love Los Angeles as a setting. I'm third generation here. My grandparents built a house in Hollywood in 1923 that is still there. (My wife and I recently went to see it again, and the owner was there and let us in. Brought back all sorts of memories of when I was a kid spending the weekend with my grandparents! Memories of taking the bus with my grandmother down Hollywood Boulevard, to go to J. J. Newberry's and maybe the Chinese Theater for a movie. And memories of what they did every Saturday night: watch Lawrence Welk. Well, at least I liked the tap dancer).

Here are some interesting notes about my town over a hundred years ago:

1904: Albert Kinney builds fifteen miles of concrete canals radiating from a core he hoped to turn into a cultural center. It was modeled after Venice, Italy, and so bore that name. People stayed away until he replaced high artistry with vaudeville acts and sideshow freaks. Then Venice thrived! (This is sort of a metaphor for Los Angeles itself).

In those days, police rode horses and wore the "rounded" type of police hat.

You could get a turkey dinner for 25¢.

In those days, in the city, doctors reported that cases of depression and anxiety were on the increase (boy, what would they think of today?) Only back then they called it "Agitated melancholia."

1907-The movie industry begins when part of Selig Polyscope Company's version of The Count of Monte Cristo is filmed at the beach. Los Angeles weather draws more producers from the East.

It was also a time of religious hucksterism (not much has changed!) You had a plethora of seers, sages, swamis and snake-oil salesmen on the loose. And they advertised in the papers and city directory. One such ad from 1904:

"I tell all. Settle lovers' quarrels, re-unite the separated; tell whom and when to marry; how to control and win the one you love; how to overcome enemies. A visit will convince all. Skeptics and unbelievers invited."

Most important of all, for me, was that the courtrooms of the era were wide open and rollicking. The man many consider the greatest trial lawyer who ever lived, Earl Rogers, was hitting his stride in 1903. So I made him a prominent character in the series. (That's another thing I enjoyed doing: putting real historical characters into the books, acting and speaking consistent with the research I did on them.)

After all the research and writing, I became devoted to Kit Shannon. My original intent was to write the series so she spanned the decades, right up to the 1960s. Now, with digital publishing available, maybe I still can.

But the readers will decide.

Thanks for having me here today. 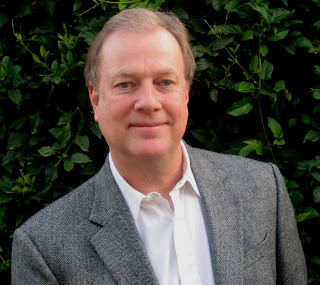 James Scott Bell is a multi-bestselling author and writing coach. His Plot & Structure (Writer's Digest Books) has been a consistent #1 bestseller since it's publication almost a decade ago. His latest project is the fiction writing software program, Knockout Novel, which does not require downloading and can be used to deepen any novel or novel-in-progress. Visit his website at www.jamesscottbell.com. 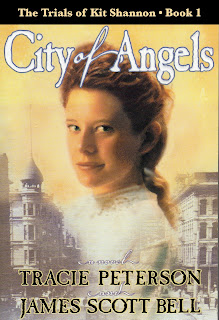 he courtrooms of 1903 Los Angeles are a man’s world––until Kit Shannon arrives
With shoulders squared and dreams set high, Kit Shannon arrives in Los Angeles feeling a special calling to the law. Yet under the care of her socialite aunt, Kit quickly comes to realize that few understand her burning desire to seek justice and practice a profession known only to men. When her aunt adamantly refuses to support her unconventional career aspirations, Kit questions whether she is truly following God's will. And when her growing love for a man pledged to another threatens scandal, Kit knows her days might be numbered in Los Angeles.

A chance meeting with Earl Rogers, the city's most prominent criminal trial lawyer, garners Kit an apprentice position. And work on a notorious murder case. Someone has been killing prostitutes in Los Angeles, but Kit is certain it is not Rogers’ client. Determined to find the truth, Kit runs full on into forces that want to stop her, forces that stretch all the way to the citadels of power in the City of Angels. 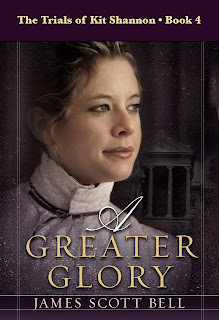